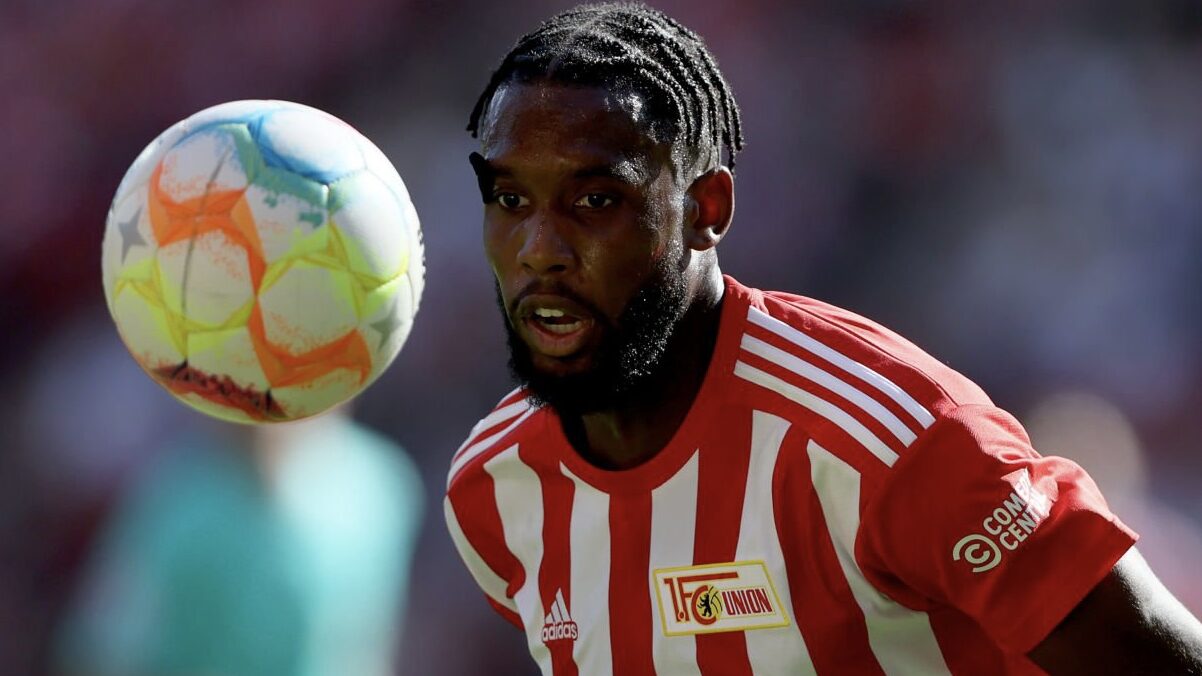 Union Berlin remains atop the German Bundesliga table, Jordan Pefok continues his hot start, and the 26-year-old is doing all he can to stay in the World Cup conversation. Pefok scored his third Bundesliga goal in six games as Union Berlin defeated Wolfsburg 2-0. Pefok scored the opening goal by heading in a cross from Sheraldo Becker in the 54th minute. #USMNT This is an elite goal from Pefok. The timing of his run to arrive as the ball is being crossed and then a delicate header to the back post. Biggest omission from USA roster for sure. In form and firing on all cylinders. pic.twitter.com/ycsc8ifBLL— Stu Holden (@stuholden) September 18, 2022 Manager Urs Fischer and Union Berlin are building off last year’s fifth-place finish by excelling to start the 2022/23 season. Pefok and Becker are one of the best duos in the Bundesliga at the moment, with eight goals between the two of them. Union Berlin extended its stay at the top of the Bundesliga table for another week with 17 points. Pefok’s continued excellent form piles attention on his chances at a World Cup roster spot. @USMNT— 1. FC Union Berlin (@fcunion) September 18, 2022 The competition for the No. 9 spot continues heating up ahead of coach Gregg Berhalter’s World Cup roster selections. Pefok won’t have a chance to directly prove his worth to Berhalter’s plans, because Pefok did not earn a call into September camp. Pefok’s USMNT stock plummeted with his poor miss against Mexico in World Cup Qualifying, but he has since surprised many by moving from Swiss side Young Boys and thriving in a top-five league. Fellow forwards Ricardo Pepi, Josh Sargent and Jesus Ferreira were called into the September camp. Pepi and Sargent are performing well in the Eredivisie and English Championship, respectively, while Ferreira has 18 goals for FC Dallas. Pefok has been decidedly on the fringe of Berhalter’s plans due to stylistic differences and poor form in limited showings in a USMNT shirt. He must also contend with Haji Wright, who is on great form and was also not called into this month’s camp. Pefok’s club form as the World Cup approaches, however, will make Berhalter’s decision at center forward much more difficult.