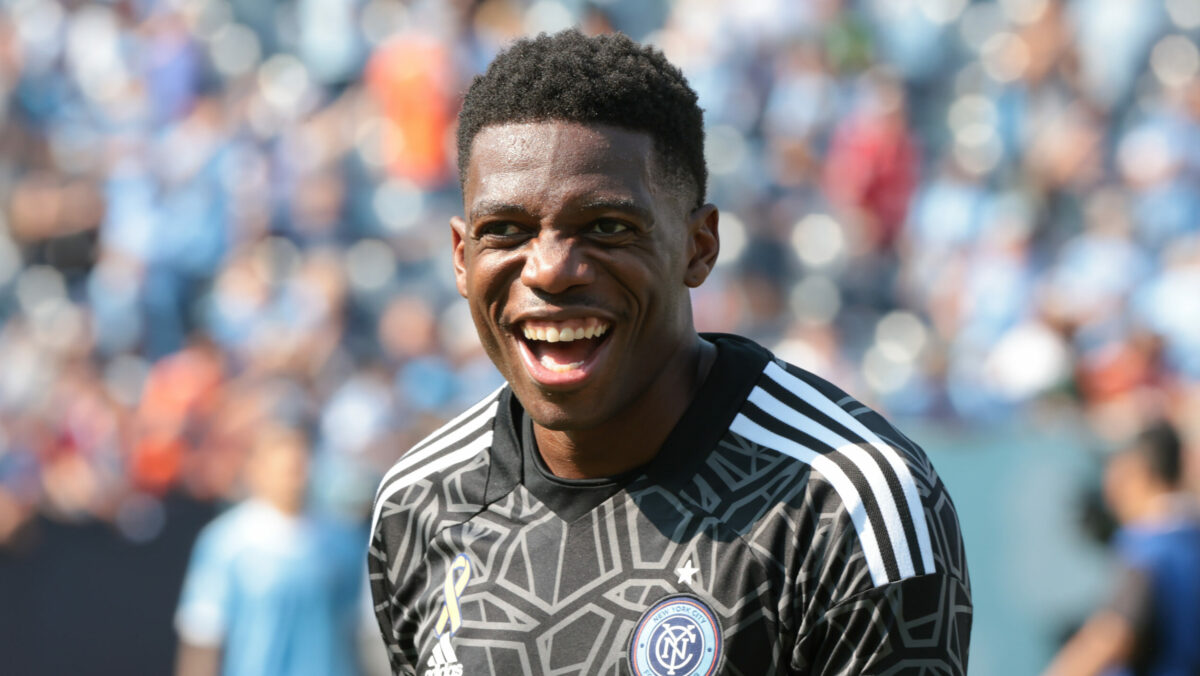 The top performing teams in both MLS Conferences made massive strides this weekend in their efforts to finish the season on a high note. In the Eastern Conference, New York City FC earned bragging rights in a 2-0 win over the New York Red Bulls. The win changes the complexion of the Eastern Conference race heading into the final two weeks of the season. In the Western Conference, the L.A. Galaxy notched an emphatic 4-1 win over fellow playoff hopefuls Colorado Rapids. Gaston Brugman, making his 11th start since joining from Parma over the summer, turned in an outstanding performance. Brugman didn’t miss a single pass and scored twice in an important victory for Greg Vanney’s men. Here are the top moments in Week 32 of MLS play. Player of the Week Gary A. Vasquez-USA TODAY Sports The Galaxy and Rapids’ matchup was a crucial opportunity for either team to strengthen a campaign for the playoffs. The Galaxy emerged with Gaston Brugman scoring twice in a crucial 4-1 win for the Galaxy. Brugman has been an excellent addition since joining in the summer from Italian side Parma, helping the Galaxy earn 13 points in his 11 starts. Scoring goals is not Brugman’s main duty as a defensive midfielder, but the Uruguayan found pockets of space leading to each of his two goals. He scored in the 22nd minute off a smart feed from Samuel Grandsir, and scored from outside the box in the 52nd minute after finding a soft spot just above the 18-yard box. A brace for Gaston Brugman! The @LAGalaxy extend their lead to FOUR! pic.twitter.com/v82kE31glW— Major League Soccer (@MLS) September 18, 2022 Defensively, Brugman’s presence was huge for the Galaxy once they went down to 10-men thanks to a red card to Douglas Cost. Brugman completed two tackles, won six duels and made two key passes, while also finishing with a 100% passing completion rate. Honorable mention for Player of the Week goes to FC Cincinnati forward Brenner and Charlotte FC attacker Karol Swiderski as both scored twice in important wins for their clubs. Team of the Week Vincent Carchietta-USA TODAY Sports New York City FC seemed passive and at times a shell of itself during the second half of the season. Losing your top goalscorer in Taty Castellanos and your MLS Cup-winning coach unexpectedly early in the season will do that. However, NYCFC’s rousing win over the New York Red Bulls this past weekend breathes new life into their chances this postseason. Alexander Callens scored in the first minute and Santiago Rodriguez added another goal as NYCFC put forth an outstanding defensive effort for the rest of the match. Its 2-0 win brings NYCFC one point shy of the Red Bulls for third place, and helps fend off Orlando City from challenging for fourth in the Eastern Conference. NYCFC can continue helping its case in the playoffs if it outplays the Red Bulls in the final two games of the season. Nick Cushing’s side’s next match at home against Orlando City will be another pivotal game. Honorable mention for Team of the Week goes to Sporting KC, which defeated a playoff-bound Minnesota United 4-1. Sporting KC is eliminated from the playoffs, but the impact of new striker William Agada is providing hope for next season. Inter Miami also had a huge week, with six points earned in wins over the Columbus Crew and D.C. United, moving them above the red line in the East. Goal of the Week Orlando Ramirez-USA TODAY Sports The Galaxy’s win over the Rapids not only produced one of the best team performances from the Western Conference club, but it also produced one of the team’s best goals of 2022. Raheem Edwards started and finished off a stellar team goal from the Galaxy, beating Rapids right back Keegan Rosenberry before unleashing a shot into the top-right corner. Take it yourself, @Rvheem_! @LAGalaxy double their lead! pic.twitter.com/7iUS7Zt0qE— Major League Soccer (@MLS) September 18, 2022 Edwards has been key to Greg Vanney’s plans this season. His move to left back proved to be an excellent move for not only the veteran players, but also for the team. The Galaxy are currently in the top-seven with 43 points earned, however, Real Salt Lake is tied on points with both teams having two matches remaining on their schedules. Honorable mention for Goal of the Week goes to Orlando City’s Facundo Torres, who froze Toronto FC goalkeeper Quentin Westberg with a long-range shot that opened an eventual 4-0 Lions victory. Another excellent goal came from Vancouver Whitecaps wing back Julian Gressel, whose powerful volley proved enough for a 2-1 win over rivals Seattle Sounders.