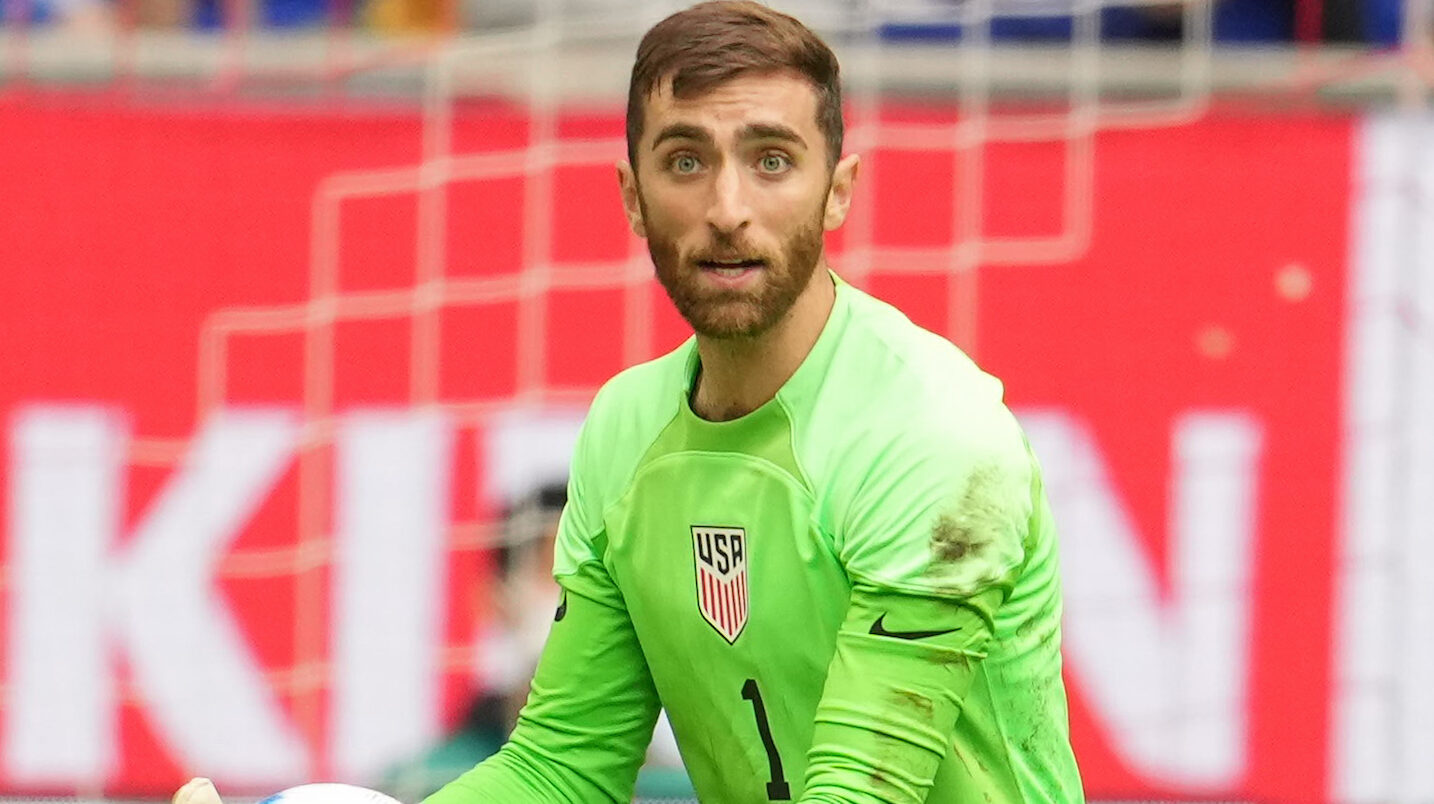 The U.S. men’s national team delivered a disappointing performance against Japan, but goalkeeper Matt Turner was the lone bright spot in Gregg Berhalter’s squad. Turner made six saves in Friday’s 2-0 loss in Dusseldorf, keeping the Americans from suffering an even more lopsided defeat. The Arsenal goalkeeper denied several Japanese players in the match, earning SBI USMNT Man of the Match honors. Turner was tested early by Japan, diving low to catch Junya Ito’s effort from finding the bottom-right corner. Daichi Kamada was also left frustrated in the early stages of the first half, as Turner dove to his right to punch away the Eintracht Frankfurt midfielder’s shot. .@headdturnerr called into action early pic.twitter.com/9nDfcdzLep— U.S. Men's National Soccer Team (@USMNT) September 23, 2022 Despite conceding the opening goal to Kamada in the 24th minute, Turner continued to play a key role, bailing out the USMNT defenders as the half went on. Takefusa Kubo’s shot from outside of the box was caught by Turner, keeping the Americans down by only one goal at halftime. Turner’s acrobatics continued in the second half as Japan chased an insurance goal. Ito and Kamada both had offensive shots denied by the 26-year-old before Ritsu Doan’s shot from the top of the USMNT box was pushed over the crossbar by Turner. .@headdturnerr keeps us within reach! pic.twitter.com/5hSIlYqSNh— U.S. Men's National Soccer Team (@USMNT) September 23, 2022 The USMNT’s sluggish defensive performance led to Japan’s second and final goal of the match as Turner couldn’t keep Kaoru Mitoma’s effort out in the 88th minute. Turner did everything he could to keep the USMNT in the match, being called on several occasions and answering in between the posts. The former MLS Goalkeeper of the Year and Best XI selection didn’t hurt his stock in Berhalter’s plans, especially with Ethan Horvath and Sean Johnson on the outside looking in for opportunities. What did you think of Turner’s performance? What other USMNT player impressed you? Share your thoughts below.