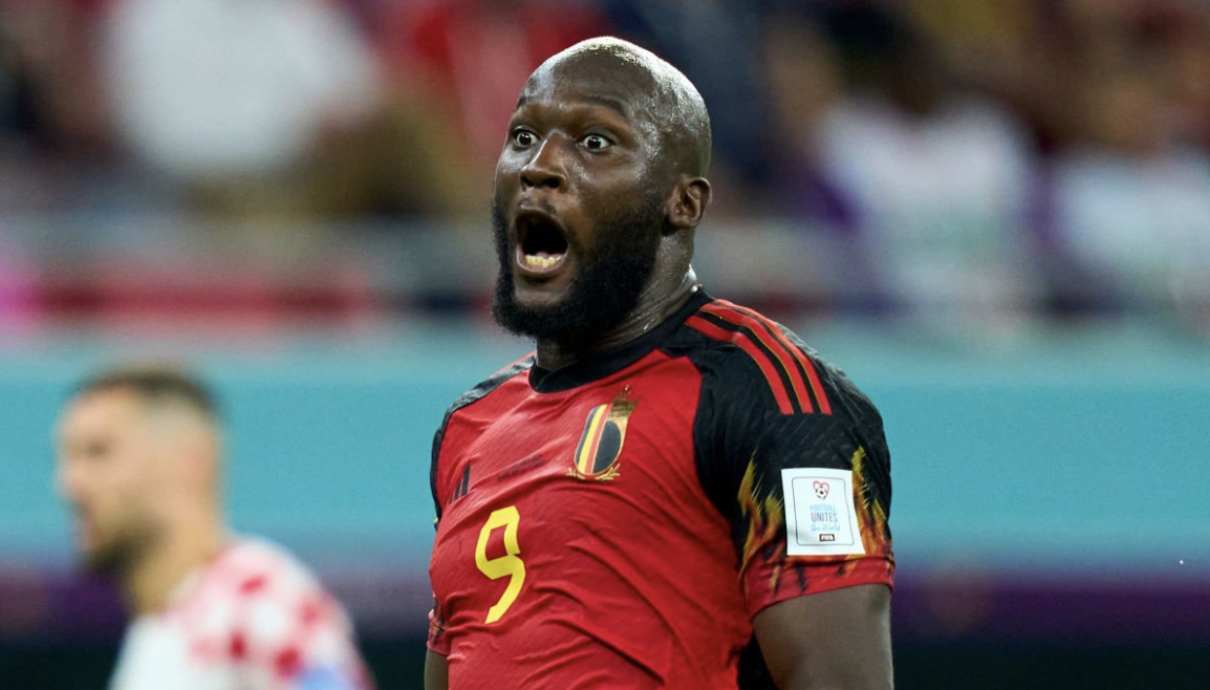 Belgium’s collective group of star talent was expected to lead it to a deep run at the 2022 FIFA World Cup, but after back-to-back winless results in Qatar, the Belgians are headed home. A goal-less draw with Croatia eliminated Belgium from the World Cup and also saw Roberto Martinez step down as head coach. It was a disappointing end for the Belgians, with failed to score in each of their last two group stage matches. VAR waived off an early penalty opportunity for Croatia despite Yannick Carrasco hacking down Andrej Kramaric inside of the box. Dejan Lovren was whistled for offsides in the build-up which referee Anthony Taylor did not notice during the original play. Romelu Lukaku came off the bench for Belgium in the second half, but proceeded to have nightmarish day in front of goal. After striking the post and soaring a header over Croatia’s crossbar, Lukaku bundled Thorgan Hazard’s cross off of his chest on the goal-line, making it a comfortable save for Dominik Livakovic. HOW WAS THIS NOT A GOAL FOR BELGIUM?! Lukaku with another massive miss pic.twitter.com/t07SuTTqTz— FOX Soccer (@FOXSoccer) December 1, 2022 Thibaut Courtois finished with four saves for Belgium to keep Croatia off the scoreboard, but the Croatians edged Belgium to second place with the result. Croatia will meet Japan in the Round of 16 following the victory. Here is a closer look at Thursday’s World Cup Rewind: Japan 2, Spain 1 (Ritsu Doan 48′, Ao Tanaka 51′) – (Alvaro Morata 11′) Japan overcome an early deficit to score two second-half goals on Thursday, edging Spain 2-1 and topping Group E in the process. Ritsu Doan and Ao Tanaka scored three minutes apart to cancel out Alvaro Morata’s opener for Spain. Shuichi Gonda made four saves to preserve the historic win for Japan, setting up a Round of 16 date with Croatia. Morata needed only 11 minutes to propel Luis Enrique’s side in front, powering a header from Cesar Azpilicueta’s cross into the back of the net. It was Morata’s third-straight goalscoring performance at the World Cup. Textbook header by Morata pic.twitter.com/ZjcRiC4HeA— FOX Soccer (@FOXSoccer) December 1, 2022 Japan battled back in the second half with substitute Doan coming off the bench and making an early impact. Doan rifled a shot into the top corner of Unai Simon’s net, giving Japan an equalizing goal and a spark of confidence. JAPAN TIES IT As it stands, Japan is through to the knockout stage pic.twitter.com/9Q58ke30Vw— FOX Soccer (@FOXSoccer) December 1, 2022 Just moments after tying things up, Japan snatched a 2-1 lead with Ao Tanaka finishing off a pass from Kaoru Mitoma. Mitoma barely kept the ball in bounds before crossing to the middle of the box for Tanaka to slam home. The goal that made the difference for Japan pic.twitter.com/WDmJ1QJAdc— FOX Soccer (@FOXSoccer) December 1, 2022 Spain piled on the pressure to try and claim an equalizer of its own, but its comeback attempt fell short. The Spanish will next meet Morocco in the Round of 16 while Japan takes on Croatia. Costa Rica 2, Germany 4 (Yeltsin Tejeda 58′, Manuel Neuer OG 70′) – (Serge Gnabry 10′, Kai Havertz 73′, 85′, Niclas Fullkrug 89′) Germany’s second-half comeback against Costa Rica gave them a 4-2 victory on Thursday, but Hansi Flick’s men witnessed their World Cup run end after just three matches. Kai Havertz scored twice and Niclas Fullkrug also scored for the Germans, but Japan and Spain both surpassed Germany for the top-two spots in Group E. Another look at this goal by Gnabry for Germany pic.twitter.com/pYVys9XUIY— FOX Soccer (@FOXSoccer) December 1, 2022 A 10th minute opener from Serge Gnabry propelled the Germans in front early, but Costa Rica continued to fight and eventually got rewarded. Yeltsin Tejeda’s first career goal for his country tied things up in the 58th minute before a Manuel Neuer own goal boosted the Concacaf representatives in front with 20 minutes to play. Take a closer look at the equalizer for Costa Rica pic.twitter.com/r3WN3EHPjL— FOX Soccer (@FOXSoccer) December 1, 2022 However, Germany swung momentum back in its favor as Chelsea attacker Kai Havertz scored twice in a 12-minute period to make it 3-2. Fullkrug played Havertz in towards goal in the 73rd minute before the veteran forward slotted home Gnabry’s assist in the 85th. GERMANY TAKES THE LEADThe madness of Group E continues pic.twitter.com/y1J5nGQ1u2— FOX Soccer (@FOXSoccer) December 1, 2022 Fullkrug added his second goal of the tournament prior to stoppage time, giving the Germans a fourth tally of the match. However, results elsewhere condemned Germany to a second-straight group stage exit in World Cup play. Canada 1, Morocco 2 (Naif Aguerd OG 40′) – (Hakim Ziyech 4′, Youssef En-Nesyri 23′) Morocco remained unbeaten in Qatar and topped Group F on Thursday following a 2-1 victory over already-eliminated Canada. Hakim Ziyech and Youssef En-Nesyri both scored their first World Cup goals while goalkeeper Yassine Bounou didn’t have to make a single save against the Canadian attack. It was all Morocco in the early going with Ziyech calling his own number in the fifth minute to score the opening goal. The Chelsea winger chipped past Milan Borjan after lackluster defending at the back for Canada. TWO FOR MOROCCO What a start pic.twitter.com/jxeP42czX9— FOX Soccer (@FOXSoccer) December 1, 2022 Achraf Hakimi’s through-ball down the wing allowed En-Nesyri the opportunity to latch onto the fullback’s pass. En-Nesyri then edged Kamal Miller before beating Borjan at his near post for a 2-0 Morocco lead. What a run by En-Nesyri for Morocco's second goal of the day pic.twitter.com/cqf8l9wDTs— FOX Soccer (@FOXSoccer) December 1, 2022 Sam Adekugbe’s dangerous cross in the 40th minute deflected past Bounou to give Canada a lifeline before halftime. Naif Aguerd was the unfortunate Morocco player to watch the cross deflect in off of him. With the help of a deflection, Canada takes one back pic.twitter.com/rOZxviVUNy— FOX Soccer (@FOXSoccer) December 1, 2022 Atiba Hutchinson rattled the crossbar in the second half as Canada fought to grab an equalizing goal, but it was the best chance for John Herdman’s squad to tie things up. Canada exits the World Cup with zero points from three matches, while Morocco advances into the knockout stage.