Chicharito discloses he’s returning to the LA Galaxy in 2023 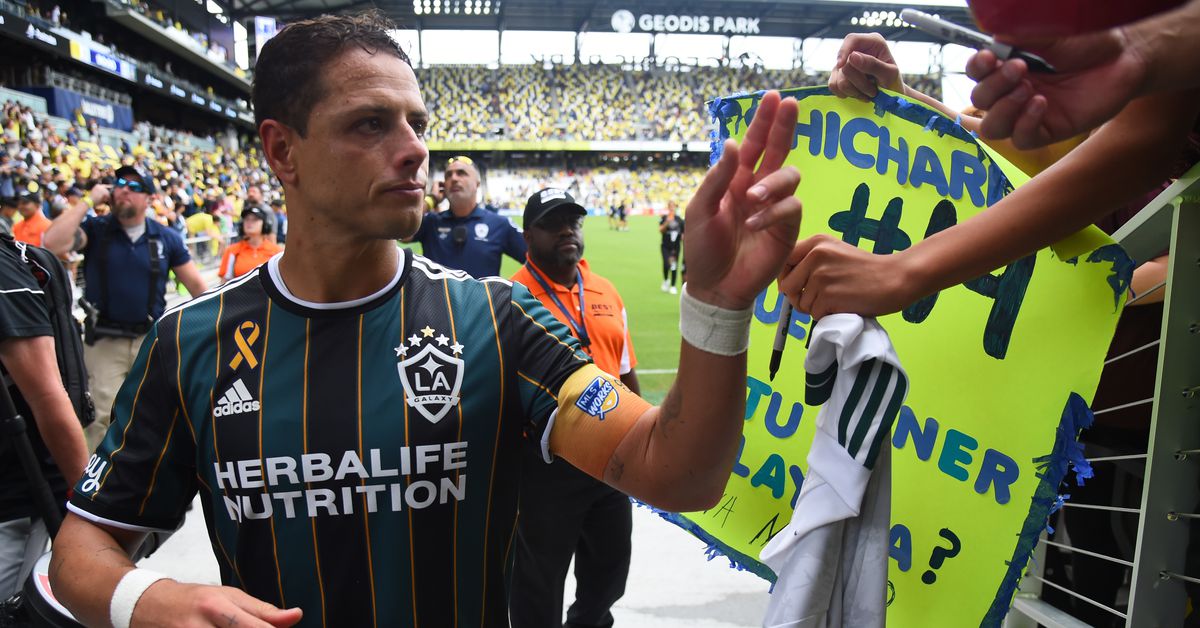 No drama looming, then.

Chicharito is on the cusp of producing his best goal tally since joining MLS, and good news for him and the LA Galaxy, there will be no offseason drama about his future, as he will be back for 2023.

The player disclosed the information to reporters during training on Thursday, explaining his option for next season was automatically picked up upon scoring at least 11 goals (he has 17 so far in league play) and playing at least 60 percent of minutes (he’s featured in just under 85 percent of available minutes so far this year in league play).

Chicharito confirms he’s coming back to play for the LA Galaxy next year. “When I reached 11 goals and 60% of the minutes it automatically renews.”Chicha like us is also surprised they don’t share contract info with the public/media. #LAGAlaxypic.twitter.com/r2oLMRdNbF

Chicharito chided the reporters for not knowing his contract status, but to be fair, the Galaxy never disclosed any details about his contract publicly, which was a surprise to the player. To their credit, LA have opened up a bit on these matters since 2020, but we’re still not at the point where any MLS team is explaining what triggers option pickups like this, and gosh, that would help us all a lot!

Anyway, given that Chicharito has scored at least 17 league goals the last two years and this year has remained healthy is good news that the 34-year-old has at least another good season left in him. And it’s good news that we won’t have to worry about his future this offseason, as the club hopefully looks to address other issues to strengthen the squad moving forward.