How to Watch Nashville SC vs. LA Galaxy: Preview, odds 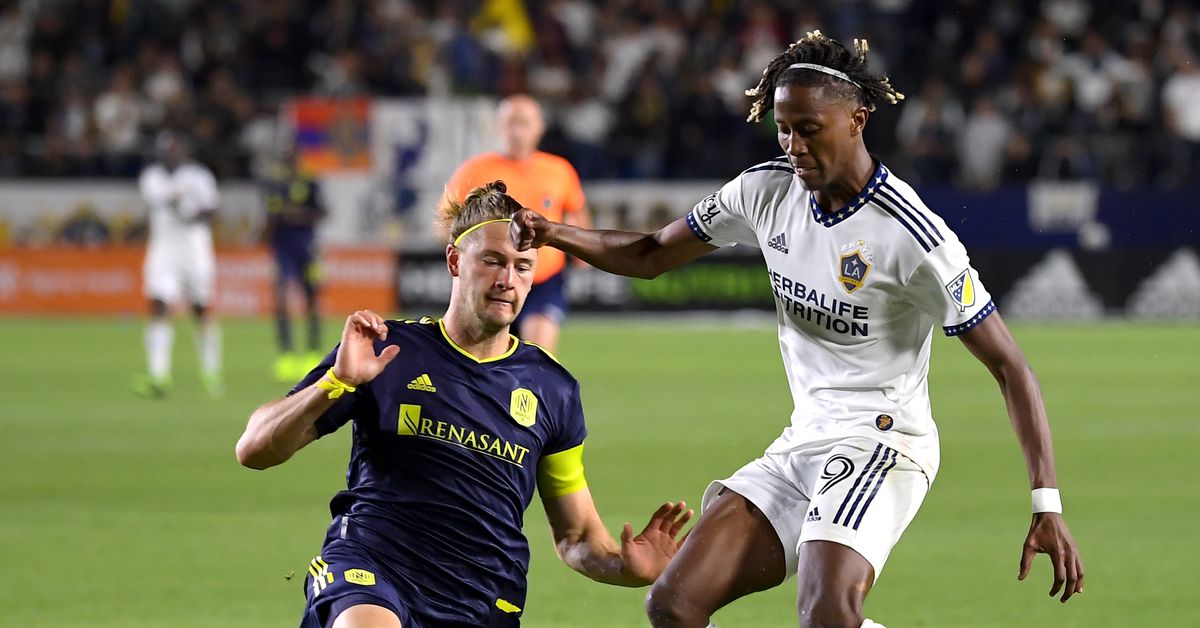 The LA Galaxy look to get back above the playoff line, when they head to Tennessee to face Nashville SC on Saturday.

The Galaxy are coming off a strange 2-2 draw against Sporting Kansas City last weekend, a game in which they lead and looked like they were in control, before conceding twice, needing to get a late penalty to tie it up, and then having a chance to win the game from the penalty spot late in stoppage time, and Chicharito blew the game and his hat trick with a tame panenka. Credit to the player for taking responsibility, but hopefully the team just stops...playing stupid at times? They have a lot of potential for great performances, if only the mistakes and mental gaffes abate.

The ante is raised, too, because Nashville are red-hot lately. After being at risk of limping out of playoff contention entirely, Nashville have won their last four games, to vault themselves well above the playoff line and with Hany Mukhtar on back-to-back MLS Player of the Week honors to go with his Player of the Month award for August. He has been unstoppable of late and LA will need to, you know, stop him.

The Galaxy have games in hand in the playoff race, but they need to actually get the results for those upcoming games to hold meaning. LA beat Nashville earlier this season, 1-0 at Dignity Health Sports Park, with Dejan Joveljić scoring a memorable winner late for the Galaxy. Can they get a regular season sweep at Nashville’s new home and arrest their opponent’s blazing run of form? This should be a very interesting game.

According to our friends at DraftKings Sportsbook, as of Friday morning, LA are (+290), Nashville are (-125) and a draw is (+285). The Galaxy are huge underdogs on the road, and will need to prove the bookmakers wrong here.

Saturday’s match between LA and Nashville will be televised nationally on Univision and TUDN and streamed in English on Twitter. The TV broadcast is scheduled to start at 12:30 pm PT with kickoff to follow at 12:50 pm.