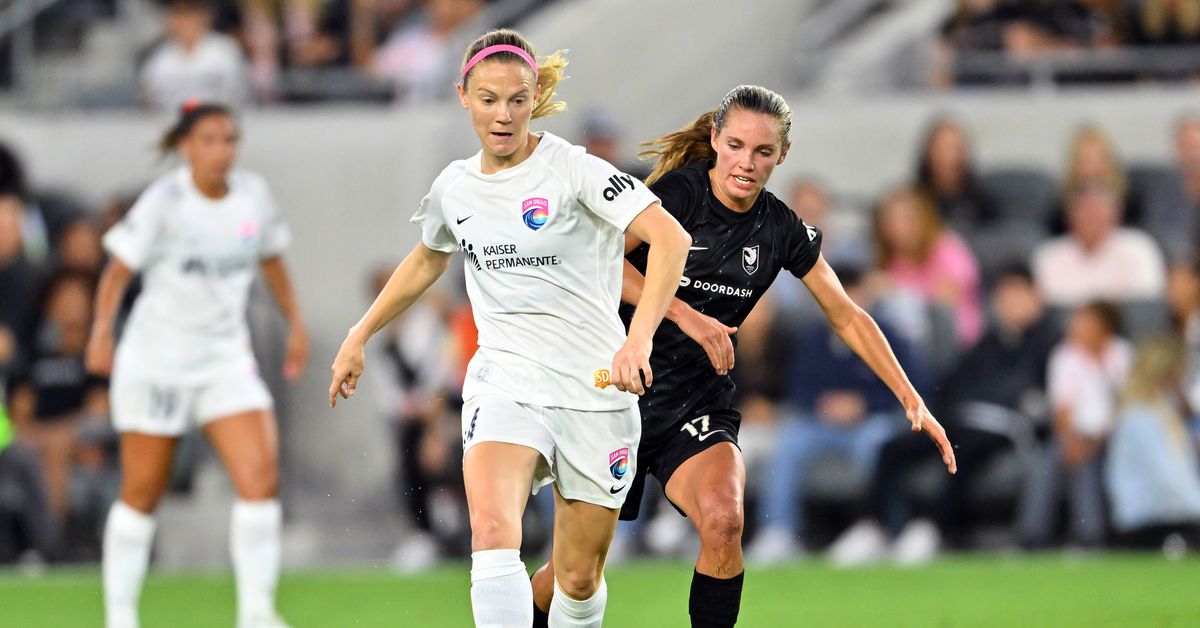 San Diego Wave FC’s marquee night is here, as they will open their tenure at brand-new Snapdragon Stadium with a rivalry game against Angel City FC on Saturday, where 32,000 spectators are expected in attendance.

On the field, San Diego had a week of rest, getting to lick their wounds after a wild 4-3 loss to the Washington Spirit in Washington, D.C. last weekend. Jaedyn Shaw scored her second goal in her second career start to get Wave FC off to a good start, but it was a roller-coaster from there, Alex Morgan’s brace to tie up the game at 3-3 negated by a stoppage time penalty from the Spirit to leave San Diego with no points on the day. It was a disappointing result, but hopefully San Diego can learn from the disappointment and move on, having just three games left in the regular season to solidify their playoff bonafides.

Angel City, meanwhile, will be on short rest, after wrapping up a road trip outside California with a 1-0 loss at the North Carolina Courage on Wednesday. That loss snapped ACFC’s five-game unbeaten streak, and while they remain below the playoff line, they are only two points out of the final playoff spot and will be fully motivated to not only get a regular season sweep on their California rival, but need the points to make the playoffs.

But this game won’t just be about what happens in between the lines on the field, it’s shaping up to be a momentous night for Wave FC, the city of San Diego, and NWSL as a whole. Enjoy this night, and hopefully it’s a great game.

Saturday’s match between San Diego Wave FC and Angel City FC will be streamed on Paramount+ and in the rest of the world on Twitch. The broadcast is scheduled to start at 7 pm PT, with kickoff to come shortly after.