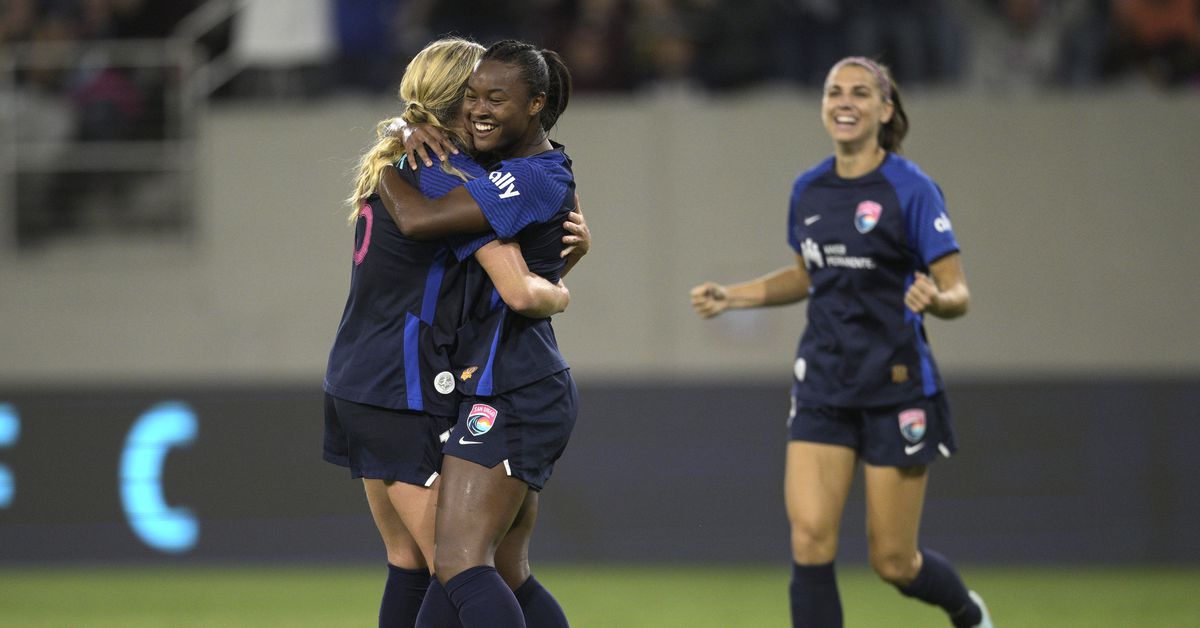 Lots to watch for as the regular season closes.

Considering the rocky history of expansion teams in NWSL, I can’t say expectations were especially high on the field for San Diego Wave FC in 2022, at least outside the locker room.

But we’re not talking enough about how close they are to winning actual silverware in their debut season.

How did we end up here? Well, you can look at the standings for yourself, but there’s several contextual reasons for this stunning turn of events:

General parity in NWSL taking on a new dimension this year. Related, no superteam or two running out ahead of everyone else. That’s in part because every team has changed their coach in the last 13 months. The longest-tenured manager in the league right now is Laura Harvey, who joined OL Reign for this stint in Aug. 2021. The Challenge Cup probably helped the expansion teams this year more than any other — after poor Challenge Cup group stages, both San Diego and Angel City FC have been good to great in the regular season. That’s thanks in part to a six-game runway that didn’t count in the standings. The improved terms in allocated money has given expansion teams more capability of building good rosters in the first year. As a result, San Diego built a substantially better and more balanced roster than pretty much any previous expansion team. Wave FC manager Casey Stoney is a legit top coach.

So to recap, with San Diego getting better tools to make a new squad, their ability to actually come through with a competitive squad with no huge holes from the jump that can rack up results, and the rest of NWSL performing roughly as well or worse than them, Wave FC have a real shot of winning the Shield.

Now, keep a few caveats to crowning San Diego Shield winners in mind: They may lead the standings, but they haven’t even officially clinched a playoff spot yet, remarkably. If they win at least one of their last two games or if results elsewhere break for them, they’re in, but the table in the NWSL is incredibly tight. Like absurdly tight, four points separating 1st place from 6th, with a couple teams in that group holding games in hand.

And the games in hand situation means San Diego don’t truly control their credentials for the Shield at present. The Portland Thorns and OL Reign are in the Top 6 and have a game in hand, playing Wednesday, and Portland can overtake Wave FC with a win in their midweek game. For now, they are probably the favorites, even if five or six teams have a real chance of actually winning the Shield, San Diego included.

The good news for Wave FC is they are fully playing with house money this year. They are new! If they win the Shield or the NWSL title, that’s fantastic! But no one is expecting it to happen, and there’s no pressure on them to do it right now. Obviously form is an unstable alchemy, and there’s no guarantee San Diego can fall short this year and just come back next year better. We hope so, but the parity in this league means a rough patch can come for any team and sink a season.

But with two more games on their slate in the regular season, and a probable playoff berth on the way, San Diego Wave FC are on the cusp of NWSL history in many ways. There’s work to do, but they legitimately have a shot of winning the NWSL Shield this year, and could make this expansion team a legendary side in league history. What a sight that would be, stay tuned.