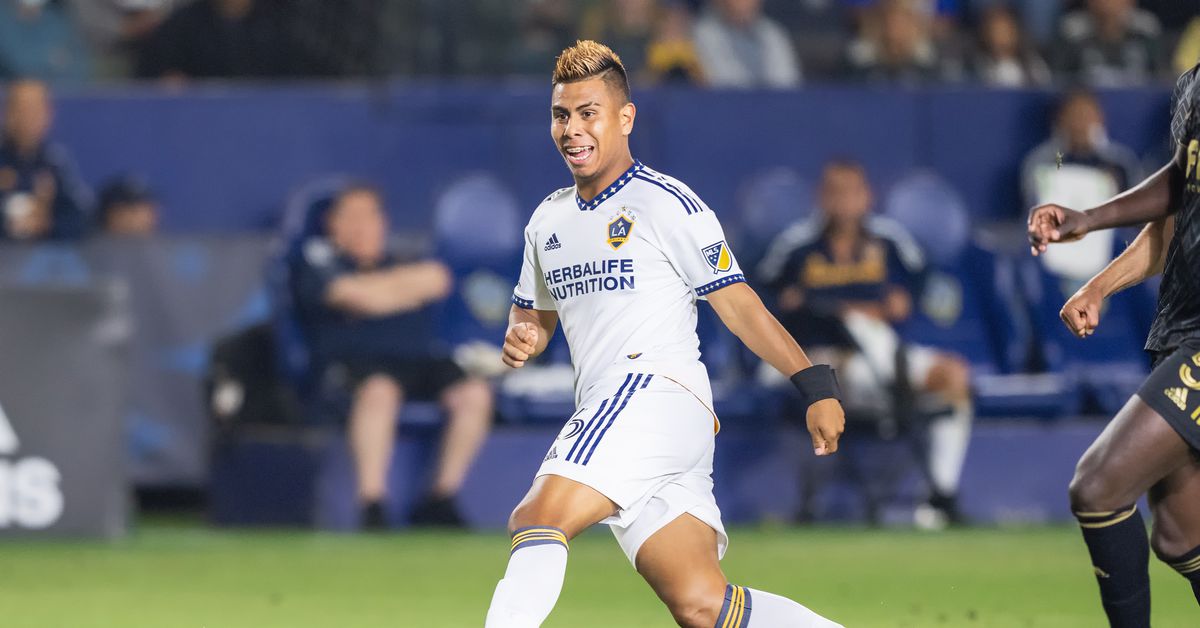 Progress for the youngster, but was it enough?

Efraín Álvarez continued to take a step forward with the LA Galaxy in 2022, but was it enough?

It may be an unfair question. He turned just 20 this year, he’s already been capped by the senior Mexico national team, he’s been hyped for years, and he had a better, more efficient season statistically this year than in past years.

That’s all true, and I am far from writing him off at this stage, but given the smoke around the homegrown attacking midfielder, this felt like the year he should have really pushed to become a regular starter, and it didn’t happen. He was a rotational starter, but when the Galaxy needed a player capable of connecting midfield to forward line and providing good, consistent service, he was not the immediate answer.

Here are Álvarez’s competitive stats with LA in 2022:

Álvarez posted career highs for goals and assists in a season, and he had one of the best goals of the Galaxy season, his pacy beauty to beat Charlotte FC in their first-ever home game in March.

I think it’s worth noting he was more efficient in terms of his production, too. It’s not like his minutes increased by 1,000 and all that extra playing time really pushed that increase. All told, he got about 400 more minutes this season, across all competitions, compared to 2021, and his ability to come off the bench and provide a spark was certainly useful. Frankly, a lot of teams don’t have a player capable of setting up and scoring every now and then, much less off the bench, and so he was a weapon for the LA attack.

In looking at the FBref.com scouting player graph for Álvarez, he’s very good in attacking and passing categories, and a rather big liability in defense.

Listen, if you are competing to be one of the top assist men in the league or carrying your team to victory on a regular basis, you can probably get away with not doing much on the defensive side. But Álvarez is too young and not yet productive enough to be this much of a liability in defense. No attacking mid is going to be seen as a defensive dynamo, but this really is “your team plays with 10 men when the other team has the ball” territory.

I don’t know if Álvarez was given a full tryout to win the regular starting role at his position or not, but it was clear as the team sagged midseason that they needed upgrades, and Greg Vanney remade the midfield, including adding an attacking midfielder in Riqui Puig. Puig was masterful, and should firmly be competing for an MLS Best XI selection in 2023.

What that means for Álvarez, meanwhile, is unclear. It’s possible he can still find a role — instead of an attacking midfielder, he can get a runout as a winger/wide forward and see if that will suit him better. To be sure, he has played in that role already so it’s not inconceivable, but if he firmly becomes Puig’s understudy, he’s going to end up getting around 1,000 minutes and is unlikely to take a step forward. Considering he makes over $700,000 a season, the Galaxy can’t really afford to park him on the bench most of the time, either.

On the bright side, the huge egg laid by wide attackers Kevin Cabral and Douglas Costa in 2022 means there is a possible path to fighting for minutes there for Álvarez. He’s still so young, but I really do think 2023 is a make-or-break season for him. Can he take a leap forward, or will it be incremental steps? What is his true ceiling as a professional? Harshly or not, is he really good value for the money he’s making within an MLS roster? I do think those are fair questions, and while I don’t want to pile major pressure on his shoulders, he kind of needs to follow the path of fellow homegrown Julian Araujo and make a big leap in his progress or else the potential may just not fully come to fruition. Hopefully that happens and Álvarez gets the star turn he’s been projected to land since he was a prospect in the Galaxy system.