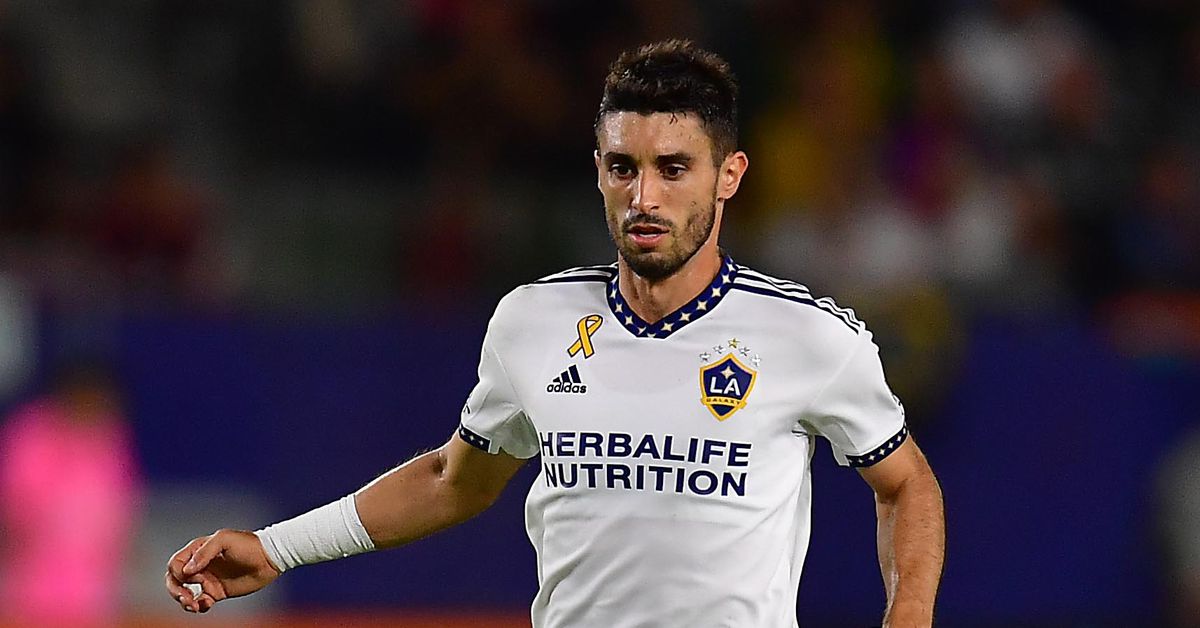 With their playoff lives on the ropes, the Galaxy attack revived them.

It was a night of firsts for the LA Galaxy: Gastón Brugman scoring twice, Douglas Costa defending on the 18 (!), the Galaxy leading by four in the 52nd minute, and dangerous counterattacks! What a game to put together in response to an absolute spanking by Vancouver earlier in the week.

The game started with a goal off a fantastic run by Brugman and a lovely pass from Grandsir, and the Galaxy never looked back. Even their long distance shots managed to find the net. It’s like their finishing boots finally arrived in the mail.

The only wrinkle in the entire evening was Douglas Costa earning an obvious red card. After being a linchpin to the Galaxy attack and playing one of his better games, this was about the dumbest thing he could do. He will now be suspended, and the Disciplinary Committee may add to the games he sits out.

It shouldn’t be lost on anyone that Kévin Cabral did not start the game nor see any meaningful game time. Costa getting a red card is a bummer for keeping Kévin on the bench. Grandsir springs up with an assist or two from time to time, and in this game he was on target, meaning it shouldn’t be a contest who starts between him and Cabral.

LA’s goals were a combination of good movement and individual brilliance. The Galaxy were feeling so good it didn’t feel like they were down a man for nearly thirty minutes! The Colorado goal was on tired legs and not seeing the game out, but in this instance that’s nitpicking. Three points and on to San Jose.

Chicharito - fired twice on target in the 13th minute generating two saves back to back. Fantastic backheel finish for the Galaxy’s third goal. Just missed with a header over the bar in the 40th minute. Gastón Brugman - great finish off an even better run in the 22nd minute. Managed to raise his game even further on an absolute golazo of a long distance shot in the 52nd minute. Man of the Match

Samuel Grandsir - fantastic assist to Brugman in the 22nd minute; Gastón was able to one-time the finish. Riqui Puig - bad turnover in the defensive third in the 16th minute. Fast run and distribution on LA’s third goal. Heavily involved on offense, three assists. Nearly stole the ball off the goalkeeper’s toe in the 68th minute. Tested the keeper with a long distance shot in the 73rd minute. Julian Araujo - pacy run and squared ball into the box for an assist in the 31st minute. Good defending cutting off passing lanes in the 75th minute. Got sucked into center on the Rapids’ goal. Raheem Edwards - recovery block in the 18th minute. Great individual effort for a goal in the 28th minute. Lost the ball in the 41st minute and was lucky when the resulting shot sailed over the bar. Martín Cáceres - good intervention in the 21st minute. Séga Coulibaly - good slide intervention in the 16th minute. Stood up Gyasi Zardes in the 54th minute. Jonathan Bond - protected the goal well on a shot in the 4th minute. Good reaction save in the 87th minute.

Mark Delgado - tested the keeper in the 5th minute on a long distance shot. Closed down Zardes in the 19th minute. Chase Gasper - abandoned his man in the 81st minute, lucky for him the resulting shot went high. Dejan Joveljić - beat the entire Colorado defense and tested the keeper on a counter in the 70th minute. Missed a gaping net with no goalkeeper in the 90th minute (he wants that one back). Tested the keeper twice seconds later. Efraín Álvarez - standing around instead of defending on the Rapids goal. Sacha Kljestan/Kévin Cabral - late subs to protect the lead.

Douglas Costa - nice set up of Julian in the 5th minute with a creative through ball. Contributed on defense for what felt like the first time ever. And then managed to get in a fight in a bonehead moment, getting red carded. He couldn’t let me not have anyone this category.