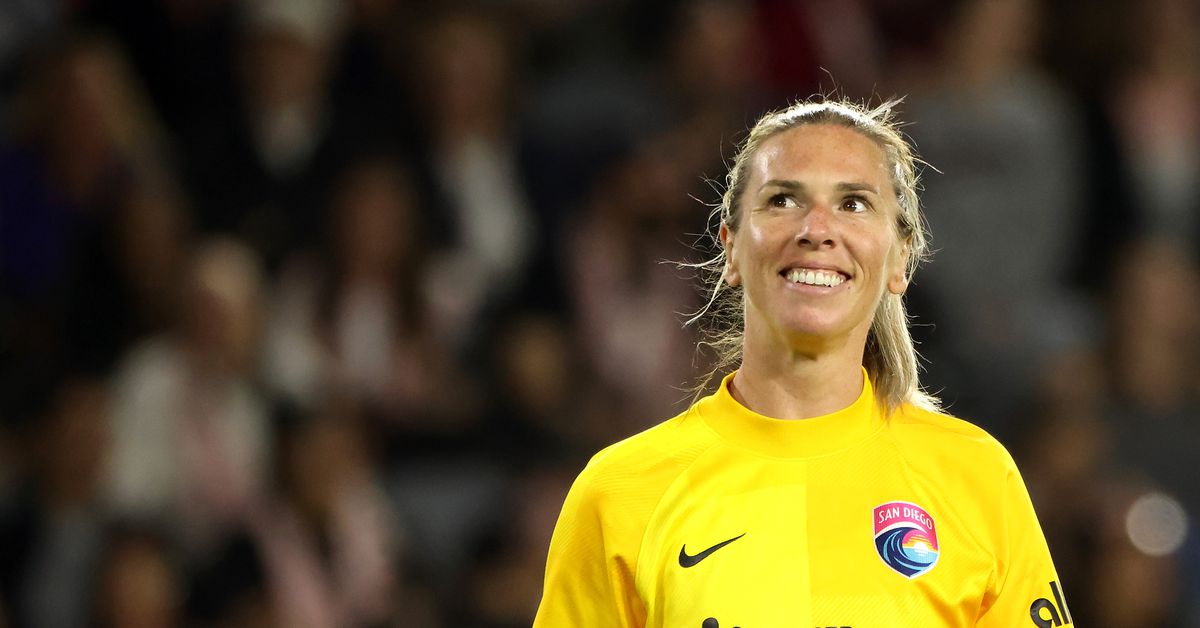 It was a tale of two competitions for Carly Telford with San Diego Wave FC in 2022.

The veteran goalkeeper joined Casey Stoney at the expansion club after a distinguished career, mostly spent in her native England. Three stints with powerhouse Chelsea, Telford was a former England international who was now serving as a backup goalkeeper, but an important role for San Diego nevertheless. With Kailen Sheridan moving into the No. 1 slot for Canada, as expected, that meant Wave FC needed a backup who could play some minutes, and Telford was at the ready.

But the tale of two competitions meant it was a mixed bag. In the NWSL Challenge Cup, San Diego were looking for their footing as a brand-new team, and in Telford’s first action in NWSL, she shipped six goals in consecutive losses. It’s true the whole team fell flat in those games, but Telford did look mighty rusty and perhaps not up to the level at this point in her career.

If she had continued like that when she got her next shot, in the regular season while Sheridan was off winning the Golden Glove at the Concacaf W-Championship in June, then Stoney’s hand may have been forced and Wave FC may have been in a much more precarious position to reach the playoffs. Happily, Telford stepped up and did indeed prove she could hang in the NWSL.

Here are Telford’s stats with San Diego in 2022:

The splits are staggering between Challenge Cup and regular season for Telford. Scraping barely above 50% in save percentage, albeit with a small sample size, is poor, but rebounding with a 73% save rate in the regular season is a huge rebound. Don’t forget — San Diego was missing roughly half of their starting XI when Telford was playing, and so she managed to find success and keep the season fully afloat while Sheridan was on international duty, and she deserves a ton of credit for coming good after a couple bad games in the Challenge Cup.

No question, Telford’s best game came in the gritty home draw against Racing Louisville. Louisville were surprisingly up for the attack on the night, and Telford ended up making six saves in all, most notably the penalty save to preserve the draw.

This penalty save ended up starting a run of penalty saves between San Diego ‘keepers, with Sheridan saving the next two PKs Wave FC faced, a pretty nifty run for the team.

Beyond the on-field exploits for Telford, her biggest contribution seemed to be as an auxiliary coach for Wave FC during games. When games got pressure-packed, or when there would be a team huddle during a hydration break or injury, Telford was not only up and active along the sideline, she was often seen yelling and offering encouragement, directions to the players on the field, right alongside Stoney. For a new team that was chock full of rookies, having an experienced head like her to see what was happening and offer guidance really seemed to be effective, and certainly Stoney didn’t seem to mind Telford stepping up to bark out instructions.

Telford remains under contract for 2023, and I think it’s a logical move. Sheridan is likely to miss far more time next season, when Canada heads to the World Cup midseason, and Telford will likely get the assignment to do spot duty and do what she did this regular season again. She’s 35, so she’s certainly not a prospect any longer, but if her body holds up, she can do another go-round. And given it’s the World Cup next year, the burden will probably be heavier for Telford. But she demonstrated this year that after getting her sea legs, she was up for the challenge, and hopefully that happens again next year.