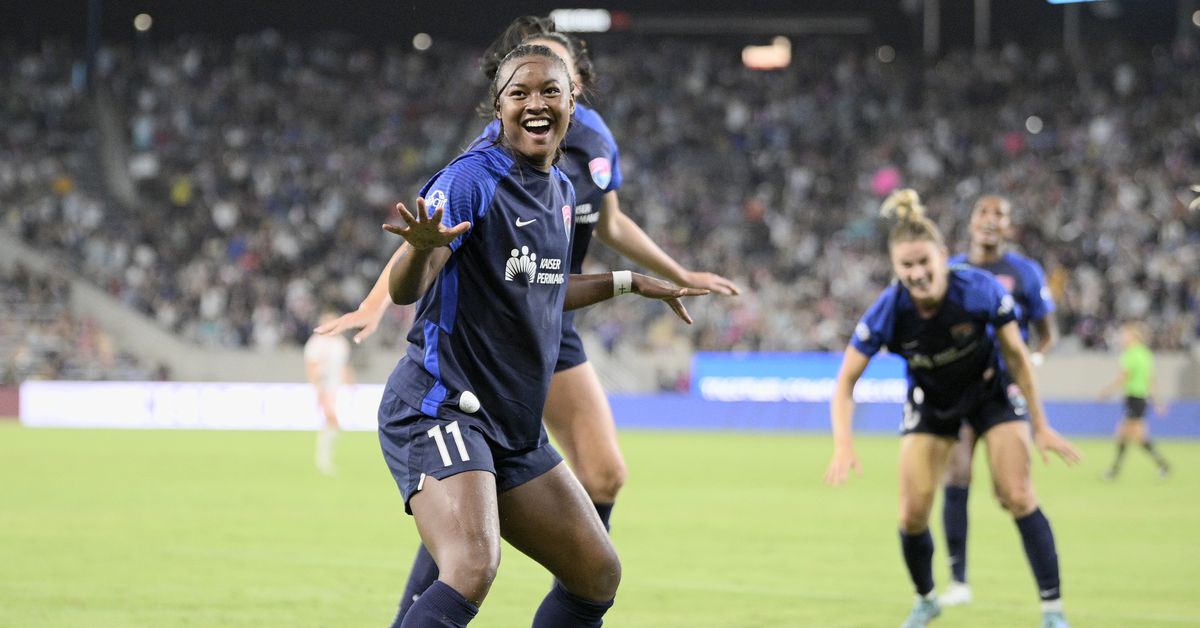 A refreshing surprise all around for the rookie.

There is the old adage “If you’re good enough, you’re old enough,” and that sure was the case for Jaedyn Shaw in 2022.

The 17-year-old turned pro, only the second player to do so before being NCAA-eligible in league history. A Texas native, Shaw had been training with the Washington Spirit before she officially turned professional, and it seemed if she did get the clearance to become a professional, she was likely headed for that club. But that’s not how it turned out, as San Diego somehow claimed dibs, and/or Shaw expressed interest in going there, and ultimately the NWSL allowed Shaw to join Wave FC.

Shaw was highly regarded, but even so, the professional game is a different beast. Even players who boss NCAA level turn sometimes turn out to wilt in the pressure of the NWSL. When Shaw signed in mid-July, it was unclear if she would play a little, or maybe not at all, while getting her sea legs under her.

Wrong. In fact, San Diego head coach Casey Stoney is the one who used “if you’re good enough, you’re old enough” as a slogan of sorts for Shaw, and she put the youngster in the lineup, the starting XI, no less, straight away.

It worked, as Shaw scored the winner in her very first pro appearance, and it was seriously impressive.

It was no fluke, as she then scored in her next two games, too, including the winner in San Diego’s first game in Snapdragon Stadium, in the derby against Angel City:

I think Shaw’s performances and the fact that she absolutely looked like she belongs at this level proved she was indeed ready to make the jump to the pros. While I think Stoney was being somewhat protective of her young player and not heaping too much pressure on her shoulders, her talent was unmistakeable and the proof was in the pudding, ultimately.

Shaw is slated to be returning for the 2023 season, and while her initial deal was said to be for one year, I don’t know if that then means she’ll be out of contract in July. It would be weird if it that was the case, but it’s unclear. She does seem like she’ll be back with Wave FC at least to start the 2023 season and we’ll see from there.

Best case scenario, Shaw ends up on the U.S. Women’s National Team in time for the 2027 World Cup and becomes a fixture for them while also being a fixture on her club team. In the short term, I hope Shaw can build on an excellent opening few months and plays a heavy number of minutes while continuing her development next year. If that happens, we could be watching the next American star right now.