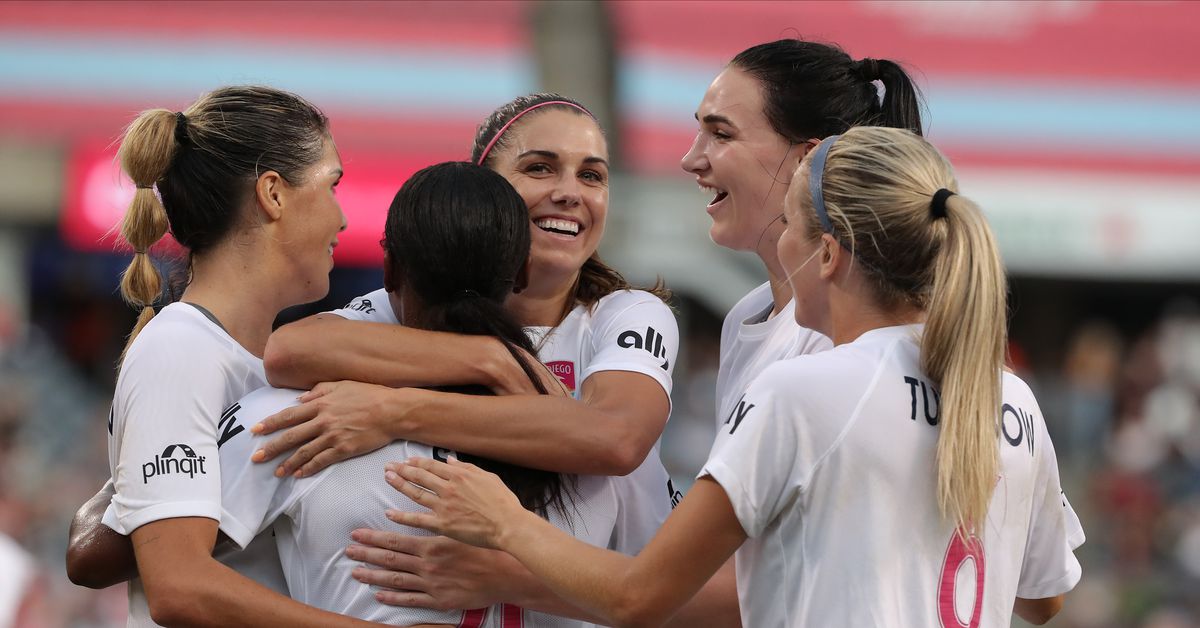 San Diego Wave FC didn’t make it easy for themselves on Sunday, but after battling to come back for a 2-2 draw at the Orlando Pride, they officially clinched a 2022 NWSL Playoffs berth.

That accomplishment is notable no matter the team, of course, but San Diego’s clinch is historic, as the first-ever pure expansion team to reach the playoffs in their inaugural season (to lay the definition out as concisely as possible: A “pure” expansion team is one that joined NWSL from 2014 onwards, and had to construct a squad from scratch, not moving one from another market. So Utah Royals/Kansas City Current iterations and the North Carolina Courage don’t count, as they were moved essentially wholesale from other markets).

The first expansion club ever to do it.PLAYOFFS ✔️ pic.twitter.com/RgK8G9qFtS

It’s an impressive accomplishment considering the track record of expansion teams in the past in the NWSL, the previous best season finish ever being second-worst. To say few expected San Diego, even with the talented players on their roster, to make the playoffs this year when training camp began would be an understatement. We’ve never seen a season like this from a brand new team before.

There is a chance that fellow expansion side Angel City FC could join them in the playoffs this year, and if they do, a chance that the Southern California rivals could square off against each other in the postseason. But while there’s one more regular season game and then the playoffs ahead, and plenty of work for head coach Casey Stoney’s roster, making the playoffs at all is a huge accomplishment, and congrats to Wave FC.