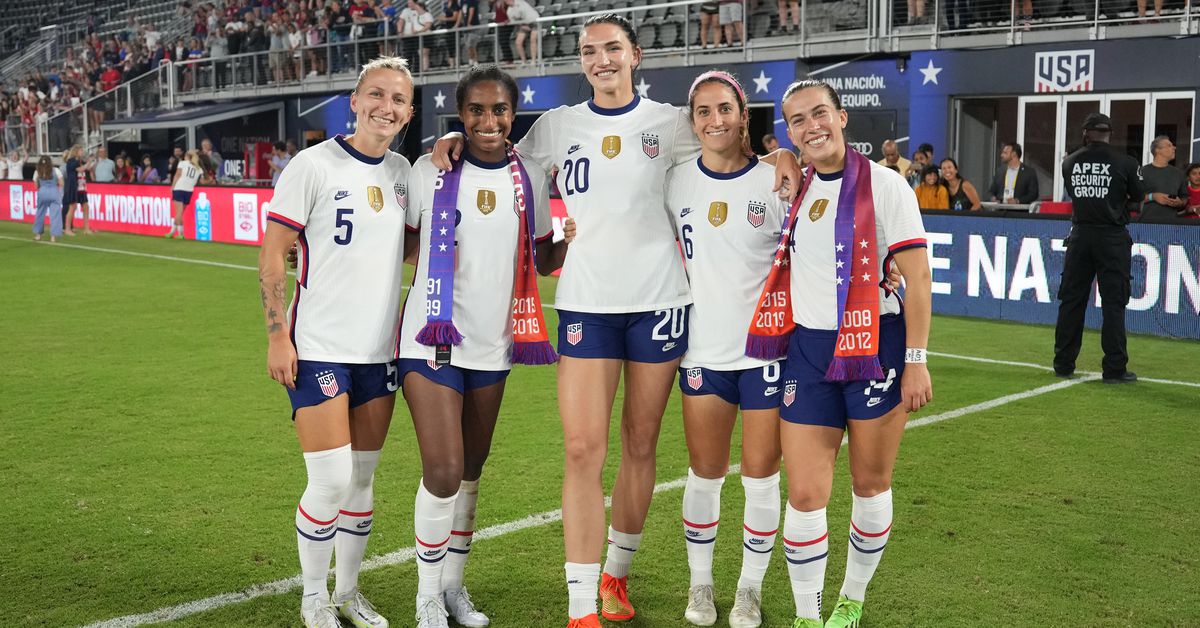 Two players from the Wave FC receive the summons to play for their country. Their star forward, however, is not one of them.

It’s official: San Diego Wave FC players Naomi Girma and Taylor Kornieck have officially been summoned by Vlatko Andonovski to play for the USWNT in their October friendlies. Girma and Kornieck have more than merited the call-ups as they have both been in stellar form for their club this season.

Kornieck, in particular, has three goals and three assists for San Diego this season. Not surprisingly, she’s also won the most aerial duels for the team (72%). Girma, on the other hand, has the most clearances for the Wave (92). She also has 51 interceptions, 32 tackles, and remarkably, has only been dribbled past twice in 1762 minutes of play. If this wasn’t enough, she’s also the Wave’s second-best passer, as she has an 84% pass completion rate.

Before their names were announced to the October roster, there were some injury concerns for Kornieck in particular. The midfielder went down in pain in the dying stages of the last match against her former team, the Orlando Pride. During a pre-game press conference on Wednesday, coach Casey Stoney did not give out many details about the player’s injury, as she was still being evaluated. Kornieck’s inclusion in the USWNT squad would seem to imply that her injury was not as severe as expected. There is, however, more reason to be concerned about her teammate, Alex Morgan. Morgan didn’t take the field against Orlando due to a knee injury.

The knee injury was also enough to prevent her from playing in Europe next month. Andonovski gave minute details of the forward’s injury during a press conference.

“I can’t go into details on how serious it is [Morgan’s injury]. If this was a World Cup Alex was going to be on the roster, no question ... we decided for her long-term health [that] the best thing for her would be not to travel.”

Morgan has played a total of 82 matches for the United States and has scored a total of 38 goals. Though her injury was enough to keep her sidelined for these friendlies, the good news seems to be that they are not severe enough to keep her out of action for several weeks. High-profile friendlies like the USWNT vs England make for good viewing and build good cohesion for the national teams.

However, they also come at a time when the NWSL is beginning its playoff phase. Depending on how the Wave finishes this season, they could play their first postseason game on October 15th or 16th. It’s something that Coach Stoney is not too keen on, as she has stated that she “cannot understand why every team is going to Europe during a playoff time.” She also went on to add that it doesn’t seem like a “sensible decision” and that it certainly doesn’t help the league as a whole to play through international windows like this.

Stoney went on to add that she understands that the national teams “have a job to do”, as well as their coaches and respective federations. Andonovski is one of those coaches and he is mindful of this. The skipper has said that the postseason looms in the back of his mind when it comes to roster selections, as it’s “always a conversation”.

“What we look into is the health and safety of the players and that is something we will not jeopardize,” he said.

This thus explains why Girma and Kornieck have been summoned to the national team, while Morgan will stay at home. The USWNT is scheduled to take on England on October 7th and Spain on October 11th. In the meanwhile, San Diego will take on the North Carolina Courage Friday. Kickoff time will be at 7 PM PDT.

Whether Morgan and Kornieck will suit up for their club for Friday’s game remains to be seen.