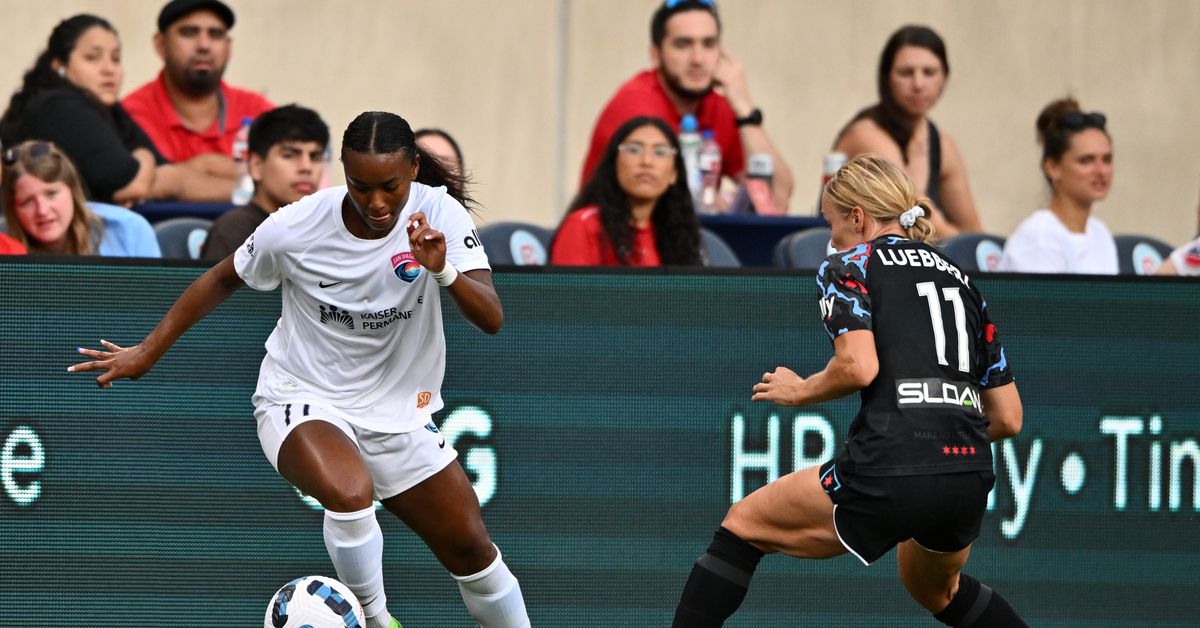 The NWSL announced the playoff schedule for the 2022 season on Sunday, and San Diego Wave FC now know the road ahead of them.

Wave FC will host the Chicago Red Stars at Snapdragon Stadium on Sunday, Oct. 16 at 7 pm PT in the opening round of the playoffs. San Diego, as the No. 3 seed, will play one more home game this year, and if they beat the Red Stars to advance, any remaining games in the campaign will come on the road.

And the remaining games are not surprises: If San Diego advance past Chicago, they would then face No. 2 seed Portland Thorns in Providence Park on Oct. 23, and if they advanced in that game, they would then go on to the 2022 NWSL Championship, which is scheduled for Oct. 29 at Audi Field in Washington, D.C.

So that’s it. Three games to go, max, but you have to win (or at least advance via penalty shootout) in each. San Diego’s track record against the Red Stars this year is good, with two wins in two tries — a 2-1 home win at Torero Stadium on May 15, with Kaleigh Riehl scoring a timely insurance goal that turned out to be the winner; and a 1-0 road win at Soldier Field on July 30, with Jaedyn Shaw scoring the early winner on her professional debut, Kailen Sheridan saving a penalty, and Abby Dahlkemper picking up a red card around the hour mark. In both cases, San Diego got the win, but they had to ride out a real challenge from Chicago in spurts, and they ended up doing it. Now, can they do it three times in a row?

You may notice the playoff schedule means there’s effectively a bye week in the meantime, which should be good news for Wave FC. While several players are going on international duty during this bye week, other players dealing with injury will get some extended time to hopefully heal up. Alex Morgan has missed two games with a knee injury and did not get called up to the U.S. Women’s National Team, although it seems like it may not be a serious injury, as Wave FC boss Casey Stoney has said the team is being careful with Morgan and USWNT coach Vlatko Andonovski said he would have called up Morgan for a hypothetical World Cup final. So the biggest hope is she can be healthy and play in the playoff match.

Another injury is that of Taylor Kornieck’s ankle, which rolled at the end of the penultimate game, a 2-2 draw at Orlando Pride. Kornieck missed Friday’s season finale, and after being called up by the USWNT for this window, she is staying home after all. There’s been no indication yet if the injury will rule her out for the remainder of the season or if there’s a chance she could be back for the playoff game. Stay tuned. The same is true of Abby Dahlkemper, who hurt her back in the Orlando match and who Stoney definitively ruled out ahead of the final regular season game. It’s unclear if she has a chance of returning for the playoffs yet or not, time will tell.

But the schedule for San Diego is set, and now it’s time to really take it one game at a time, starting with Oct. 16 against the Red Stars! Let’s get it.