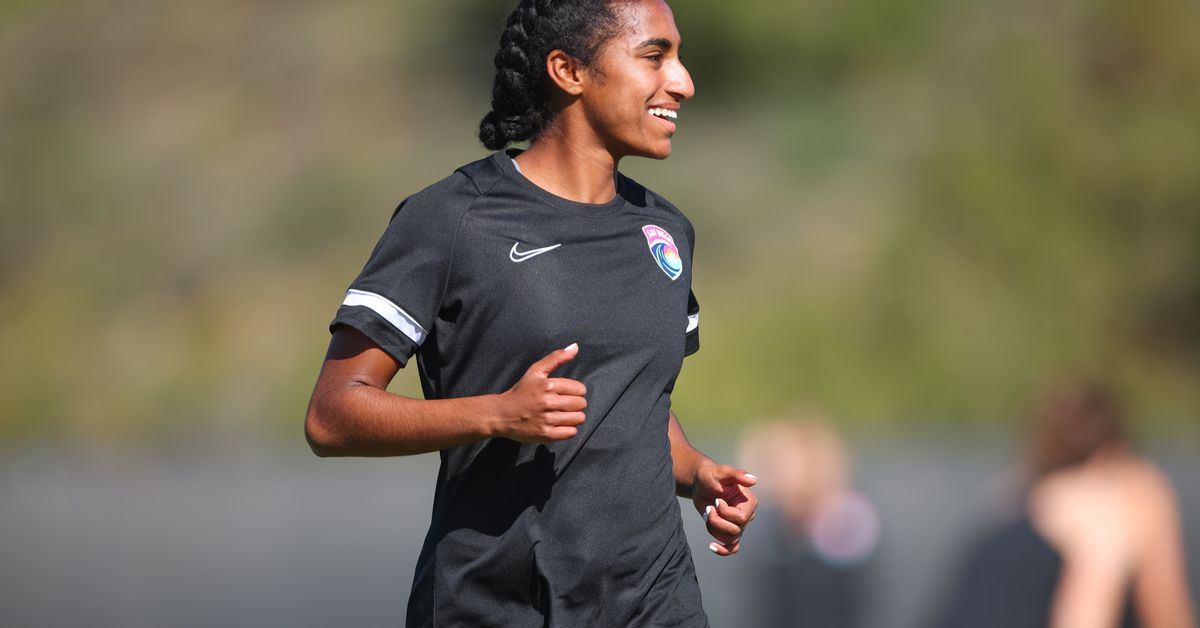 A leadup to the San Diego Wave’s historic game.

On Saturday, September 17th, the San Diego Wave will make history. They will do so by playing in front of an estimated 32,000 fans and breaking the attendance record for a regular-season game in the NWSL. They can also make the occasion even more special by capping it off with a win over their interstate rivals, Angel City FC.

Here’s a preview of the tactics the Wave can use to pull off a victory in their new home.

Both Angel City and San Diego will head into this game on the heels of a loss. The Wave lost against the Washington Spirit last Saturday after a last-minute penalty that was converted by Ashley Hatch. Angel City, on the other hand, is coming off a narrow loss to the North Carolina Courage, where they lost that match 1-0. The Los Angeles-based team also had to travel to North Carolina for that midweek game, meaning that they’ll be facing San Diego on just two days’ rest. They’ll also be playing the Wave after having played three games in eight days and on just two days of rest. However, their packed schedule might actually give them some momentum.

“I think LA has a good side. Being an expansion team too, they’ve done incredibly well this year and they have a good coach. They’ve changed a few things and tweaked a few things in terms of playing with two up sometimes. We are very aware of what they are doing. We will try to exploit certain spaces, and I’m sure they’ll try to do the same to us. We need to nullify their threats, we know they have threats. Obviously, they’re coming off a three-game week as well, but that gives them momentum I believe going into the game. They are a very dangerous team to play against, and they will want to react off of their defeat yesterday.”

Coach Stoney is well aware that a wounded beast will always lash out when it’s on its last leg. In her words, her team needs to start the game “in a certain way”, which means that they have to be strong and aggressive from the beginning. The team started well against the Spirit but quickly fizzled out after the first fifteen minutes or so. This is something that Stoney attributes to “fear”, as her team tends to settle and sit back when they get afraid. Therefore, they will need to overcome this timidity to win this game, and they’ll have to do so in front of a packed house of 32,000 people along with the thousands of people who will be watching online.

San Diego have shown a willingness to vary their tactics. The team usually takes the field in either a 4-3-3 or a 4-2-3-1 formation. The latter allows the Wave to be more offensive, as the formation provides lots of passing options along with the chance to exert dominance over the opposition through the midfield. The former formation, on the other hand, allows the team to be more compact defensively while also using a line of four to stretch the field. Formations by their nature are fluid, however, and like water, the players will adapt to whatever circumstances they’re thrown into.

It is worth noting that the Wave deployed a 4-3-3 in their loss against Washington. The Spirit took advantage of this by pressing them high up the pitch and forcing them into ‘pressure pockets’, where they created defensive overload opportunities and forced San Diego to give up possession. As a result, the hosts were able to score three unanswered goals in the first half.

It wasn’t until the second half that the Wave were able to regain control of the match, and they did so by introducing Taylor Kornieck and Christen Westphal at the beginning of the second half. Kornieck was initially missing from the starting lineup due to Stoney’s legitimate concerns over the player not getting much playing time for the USWNT during the international break. The reintroduction of Kornieck to the Wave’s on-field XI allowed the team to stabilize in the midfield. It was part of the reason why they were able to score two goals in the second half, though it also took a monumental effort from captain Alex Morgan to get the Wave back into the game. And had it not been for that last-minute penalty, they would have completed the comeback.

Angel City are a team that also likes to press high up the field. As these charts from Statsbomb show us, the team tends to employ a high line, and their defensive actions usually start high up the pitch, several feet away from their goal. They also try to disrupt their opponent’s passing actions but end up conceding a lot of shots in the process.

The Wave are also a team that likes to press high and disrupt their opponents’ passing rhythms. And unlike their opponents, they don’t concede a lot of shots. If San Diego is going to win this game, then they’ll have use the high press to their advantage.

The team has shown that they can be defensively disciplined while also creating several scoring opportunities. Against the Portland Thorns, for example, San Diego fired off a total of eight shots, which was only four less than their opponents. Two of those shots resulted in goals while the Wave kept Portland from scoring. They also did so while ceding the ball to the Thorns, as San Diego only had the ball 47% of the time (Opta). The team is more than capable of replicating this performance against Angel City.

Given that the Wave are coming off a loss, have had more rest, and are playing at home, then all signs are pointing towards them winning this game. This match is pretty much for them to lose. However, nothing in life is a certainty, so don’t be surprised if they struggle a bit during the game.

The last time these two teams played, Angel City won thanks to a goal by Claire Emslie in the 81st minute. Emslie also scored after her teammate, Tyler Lussi, was sent off just two minutes earlier for a red card offense. Coincidentally, Lussi will also be missing for this match after acquiring a fifth, successive yellow card in the previous match against North Carolina.

San Diego has been given a lifeline and they have to take advantage of these opportunities and take nothing for granted.

Will the Wave be successful with their tactics? We’ll find out the answer to this question on Saturday. Kickoff time will be at 7 PM PDT and the game will be broadcast nationally on Paramount+.