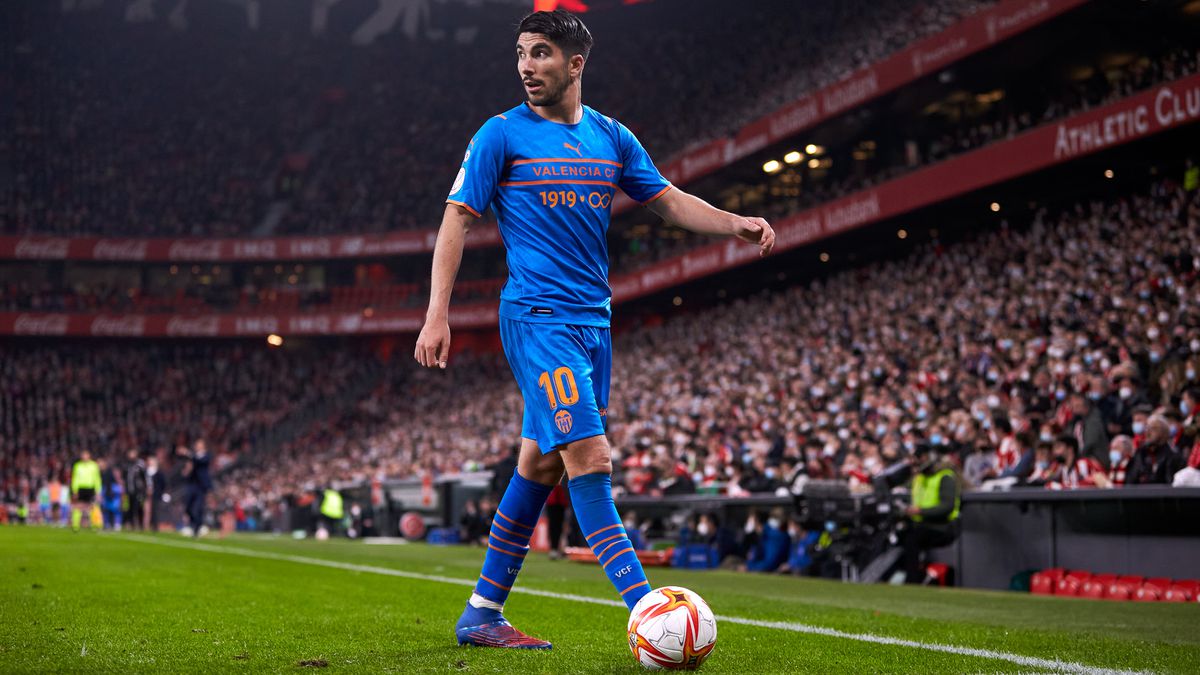 Valencia have had no shortage of traumatic exits from the club in recent seasons and while it was less vulgar than others, the departure of Carlos Soler was added to that list this summer.Soler had been at the club since he was a boy and risen through the ranks at Paterna, before coming into the first team around five years ago. A Spanish international, he had become an instrumental part of the team.As it turns out, he did not want to leave, but could not find an agreement for a contract extension. His deal was due to expire in 2023 and Soler was keen that the club should be remunerated for his services, so left for Paris Saint-Germain this summer. Speaking to Diario de Levante, Soler explained how it all went down.“In the end I was asking for a long contract because I wanted to link myself for practically all of it [my career]. From 25 to 33, 34 or 35 years, to connect myself to Valencia for my whole life.”“The club has a philosophy and it does not want to sign contracts of longer than x years. I thought differently and the club never got close to what I asked for. They did not offer me [a contract]. Nor do I have anything to reproach, it is their decision, if they did not consider it like that, then that is that.”Soler ended up moving for €18m plus €4m in variables to Paris, which allowed the club to sign Edinson Cavani in the end. While it might have been against Soler’s wishes, there is a good chance that Los Che wanted to sell him rather than negotiate as they try to break even.The post Carlos Soler was willing to sign eight-year deal with Valencia before PSG move appeared first on Football España.