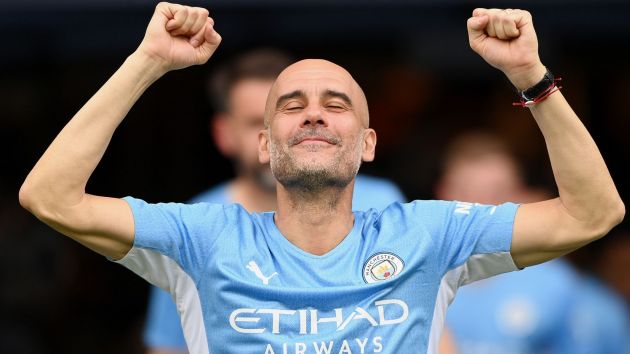 While Manuel Pellegrini did an excellent job at Manchester City, Pep Guardiola has turned them into perennial title-challengers.The former Barcelona manager is into his sixth season in Manchester, which makes it his longest spell anywhere as a manager, surpassing his record-breaking stint in Catalonia by two years.It is a testament to how content Guardiola is with City, whereas previously he had shown himself reluctant to commit to a club for more than a three years.There was, once upon a time, a possibility of him joining Manchester United though. Towards the end of Sir Alex Ferguson’s time at the club, the two did battle twice in the Champions League final, Guardiola coming out on top both times. The Scottish manager is said to be a big fan of Guardiola’s.Speaking to Caught Offside in his column lately, Fabrizio Romano has revealed how close he was to joining the Red Devils.“Honestly, it was nothing big or advanced. Guardiola has admitted that in 2014 he had a meeting with Sir Alex Ferguson, but it’s normal to have conversations between top managers and top clubs in football.”“Ferguson has always rated Guardiola very highly but Pep was very clear in all the stages and choices of his career. It was not something close at any stage.”Romano made those comments in his column. For United fans, who have seen four managers pass without a league title since that meeting, it seems like a sliding doors moment.The post Fabrizio Romano reveals how close Pep Guardiola was to joining Manchester United appeared first on Football España.