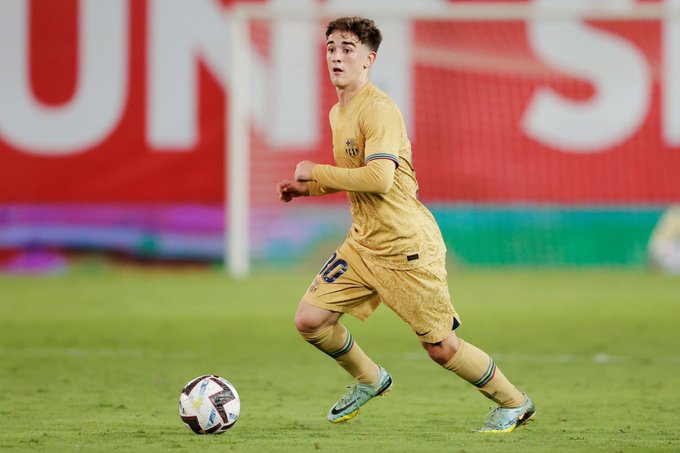 Barcelona secured three points away to Real Mallorca in a tight game on Saturday night, content merely to head home with the three points rather than a brilliant performance.There were many silver linings for Barcelona, in particular the ability to come through such a tricky fixture with minimal drama, but there was a slight cloud too.According to Mundo Deportivo, young midfielder Gavi finished the match with muscle discomfort. He attempted to communicate this to the Barcelona bench. Either Xavi Hernandez made an executive decision to keep him on or they were not aware of his petition; Gavi was visibly surprised that he was not taken off.Barcelona’s change in approach to injuries, which had kept most of their players fit until the international break, involves taking no risks with player fitness. Ahead of a busy October, Barcelona will not want to risk losing Gavi, who played all 90 minutes yesterday.The post Gavi finishes Barcelona victory with muscle problems appeared first on Football España.