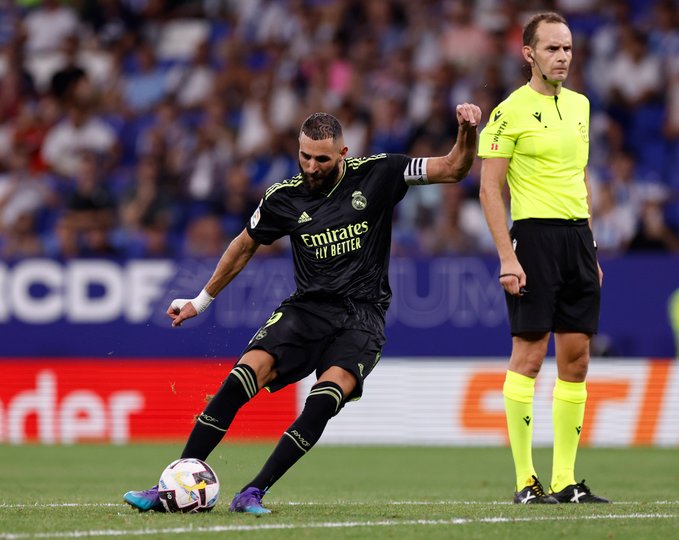 Real Madrid could not find a way past Osasuna in the final thirty minutes of their clash on Sunday night and as a result, dropped their first points of the season.It looked as if they were nailed on to come out with three points with ten minutes to go. Vinicius Junior curved a ball into the path of Karim Benzema in behind the defence, where he controlled. He was on the verge of striking the ball when David Garcia pushed him over and received a red card, giving Benzema a golden chance to score from the spot. Real Madrid missed the opportunity to return to the top of #LaLigaSantander with a draw against Osasuna… #RealMadridOsasuna highlights. #LaLigaTV | #LaLigaHighlights pic.twitter.com/4woo7Y5jS8 — LaLigaTV (@LaLigaTV) October 2, 2022 However Benzema’s effort skimmed the crossbar after he got under his penalty. As per Mundo Deportivo, that miss has given the Frenchman an unwanted record. It is the first time in La Liga’s 93-year history that a player has missed three penalties into the same goalkeeper. After having his penalties saved twice in Real Madrid’s 3-1 win over Osasuna in April, Sergio Herrera again managed to psyche Benzema out. El Madrid ha fallado 𝟓 de los últimos 7 penaltis que le señalaron en LaLiga: Benzema vs Celta Benzema vs Osasuna Benzema vs Osasuna Hazard vs Celta Benzema vs Osasuna pic.twitter.com/oBYmFOK2oH — Relevo (@relevo) October 2, 2022 As Relevo point out, this is the fifth penalty out of Real Madrid’s last seven attempted in domestic competition that has not been scored. Sunday night’s miss was the first of those five to cost Los Blancos points.The post Karim Benzema sets incredible unwanted penalty record appeared first on Football España.