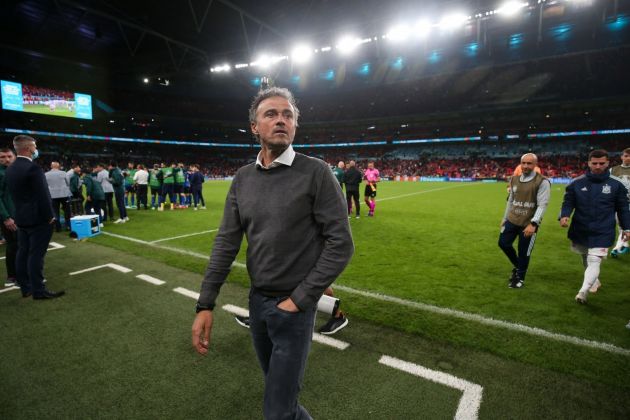 Luis Enrique has insisted his side are ready for a 2022 World Cup penalty shootout in Qatar.La Roja secured their place in the last 16, as runners up in Group E, with Enrique’s charges facing off against Morocco on December 6 in Al Rayyan.However, the subject of knockout football brings with it the potential for extra time and penalty shootouts, and Spain have endured a mixed record in previous tournaments.From 11 penalty shootouts, Spain have won six and lost five, with their most recent example coming in a semi final spot kick defeat to Italy in Euro 2020.Enrique was asked about his plans for the potential of penalties against Morocco, and beyond, and he is confident his squad have the resilience to pass any test put in front of them.“120 minutes is fine by me, and penalties, too. A penalty shootout is not a lottery”, as per reports from Marca.“It’s won by the team who best controls their nerves and the one with the most quality, or the best goalkeeper.”Enrique’s side played in two penalty shootouts at Euro 2020, against Switzerland and Italy, with Dani Olmo, Sergio Busquets, Alvaro Morata and Rodri the only players in the current squad to take a spot kick.No player scored in both shootouts, with Olmo the only current squad member to step up twice, and be included in the Qatar 2022 squad.The post Luis Enrique has no fear over World Cup penalty shootouts appeared first on Football España.