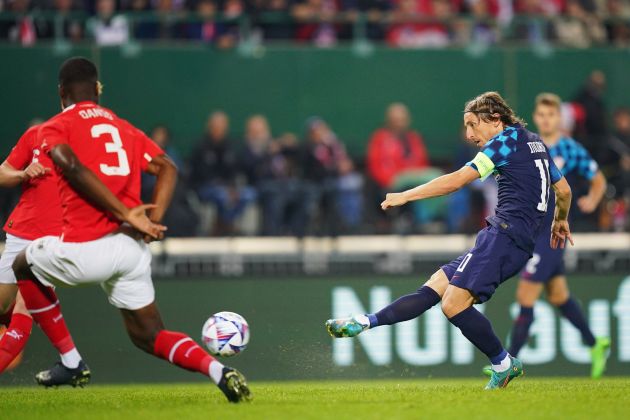 While Real Madrid probably would not swap international breaks with their rivals Barcelona, they too have been hit by the FIFA virus.Few more significant players could have returned from international duty with an injury issue than Luka Modric. The Croatia captain played 90 minutes in both of Croatia’s victories over Denmark and Austria and now has a muscle overload in his hip.The 37-year-old is expected to be out for a week according to Diario AS, with various other sources putting his recovery time at a maximum of ten days. All of them agree that he will miss the Osasuna and Shakhtar Donetsk ties in that period but should return for their fixture with Getafe next weekend. Crucially, it should mean he is fully fit for El Clasico the following matchday.Modric’s fitness has amazed most in recent years as he continues to outstrip many who are over a decade younger than him. However Los Blancos will no doubt take the utmost care with Modric, as nobody in their side can provide what he does.The post Luka Modric returns to Real Madrid with injury following internationals appeared first on Football España.