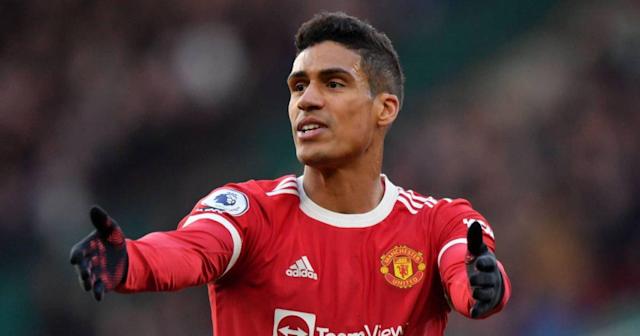 Former Manchester United star Paul Scholes has been underwhelmed by Raphael Varane’s time at Old Trafford.United opted to make a bold move for the French international last summer after he indicated his desire to leave Real Madrid ahead of the 2021/22 campaign.Injuries disrupted his first season in English football, with an estimated 17 games missed through a string of minor issues, as United underwent a season of upheaval.However, despite edging back to full fitness since the start of 2022/23, Scholes remains unconvinced by Varane’s long term position in the Red Devils back line.“Why would Real Madrid let Varane go? If you looked at him last season, he didn’t look right. I didn’t think it was a great transfer window”, Scholes told The Overlap podcast, as reported via the Daily Mirror.“The manager has realised he doesn’t have the players to play the way he wants. He had to go more direct. Varane, great a player as he’s been, is not a great footballer.”Scholes was also questioned about the 2022 move for Casemiro, as United again looked to Los Blancos to increase the level of experience in their squad, but Scholes is also undecided on the Brazilian.“Nobody at the club is taking responsibility for transfers. This year, Casemiro was done over two days.“I wonder if it was the manager’s signing. A lot of money spent and a long contract.”Casemiro is yet to start a Premier League game for United, and Erik ten Hag may opt to keep him on the bench for their derby clash with Manchester City this weekend, after a demanding international break with Brazil last week.The post Paul Scholes criticises Manchester United move for Raphael Varane appeared first on Football España.