Sevilla crisis worsens as defender is ruled out with muscle tear 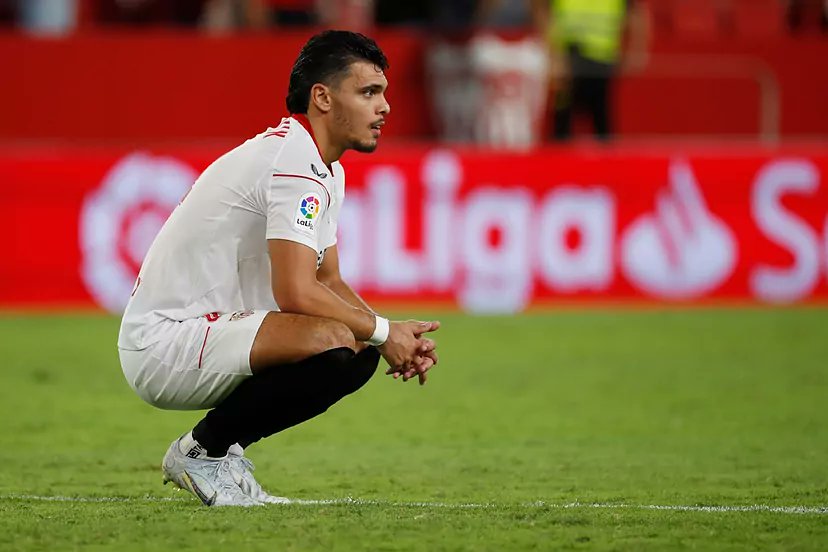 Sevilla have endured a gruesome beginning to the season and with just one win from their opening nine games, they sit just a point above the relegation zone.Following defeat to Atletico Madrid at the weekend, speculation began to gather that manager Julen Lopetegui’s position was under serious threat. The reaction from the fans at the Ramon Sanchez Pizjuan on Saturday ramped up the pressure on the board to take action.The new week has not brought good news. Sevilla have announced that defender Karim Rekik has suffered a muscle tear in his right thigh. They did not give a recovery time.MuchoDeporte report that it could easily see Rekik ruled out until after the World Cup. Sevilla face a busy period in the next month, but they will pause activity in early November. Depending on the severity of the tear, it could see him out for anywhere between three and six weeks.It is further bad news for Los Nervionenses, who face Borussia Dortmund on Tuesday evening. Rekik started at left-back on against Atletico Madrid, although they do have cover in the shape of Alex Telles. Playing five matches so far, Rekik has more often been used in central defence, where the alternatives are less clear. Young defenders Kike Salas and Tanguy Nianzou are available, but it may force Nemanja Gudelj to move backwards in some matches.The post Sevilla crisis worsens as defender is ruled out with muscle tear appeared first on Football España.