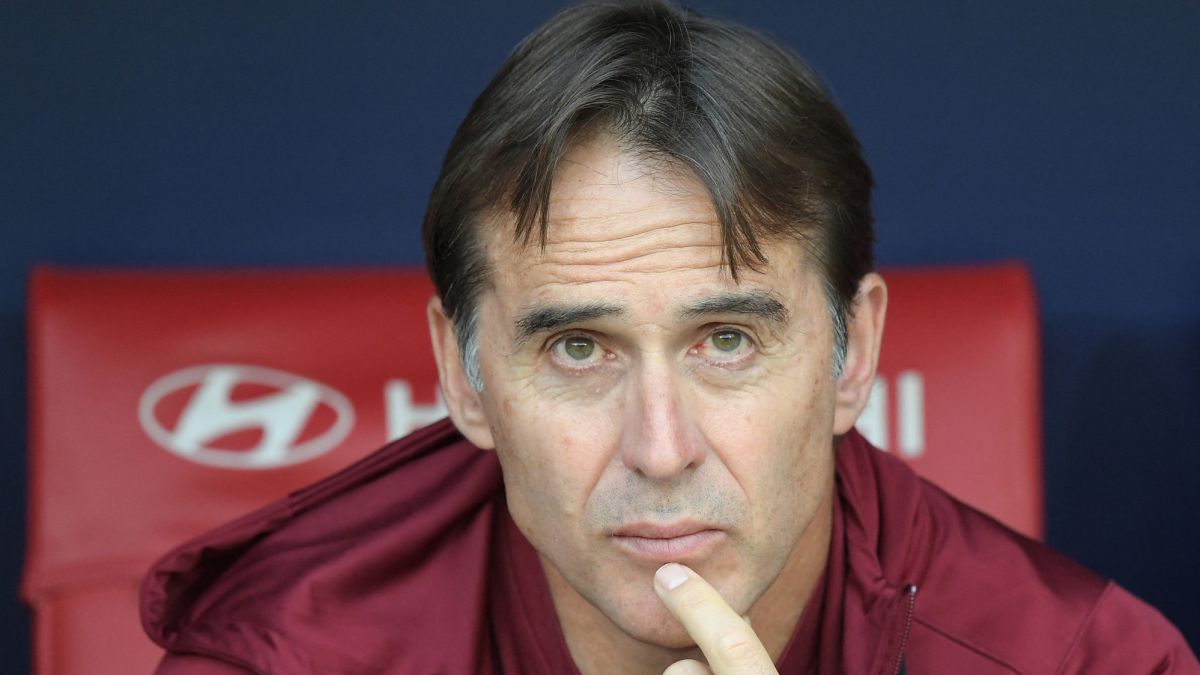 On balance, Julen Lopetegui has had a glorious era at Sevilla, winning the Europa League and qualifying for the Champions League in each of his three full seasons. However the weight of a dreadful start to this campaign has become too much to bear for the board at Sevilla.Following their 2-0 defeat to Atletico Madrid on Saturday, Sevilla are left with just one win and three draws from their opening nine games of the season, translating to five points in the league. Towards the end of the match, much of the vociferous complaining was directed at the Sevilla board, as ”put up my season ticket’ rang out in protest at the disparity between product and price rises. Thar kind of pressure generally brings repercussions for the manager.Multiple sources, including Diario AS, say that the Sevilla aboard met after the Atletico Madrid defeat and came to the conclusion that it was time to look for Lopetegui’s replacement.It seems the sacking may not happen until a substitute is found, which is easier said than done in this busy period. The likes of Jorge Sampaoli has been rumoured as a substitute, who managed Sevilla several seasons ago. Rafa Benitez was supposedly contacted, but he has turned the club down.Although the pressure is becoming unsustainable, Sevilla fans would be justified in asking why this decision was not made before the international break. Los Nervionenses will now be playing every three or four days until the World Cup, making a change of manager difficult at best.The post Sevilla to replace manager Julen Lopetegui following awful start appeared first on Football España.