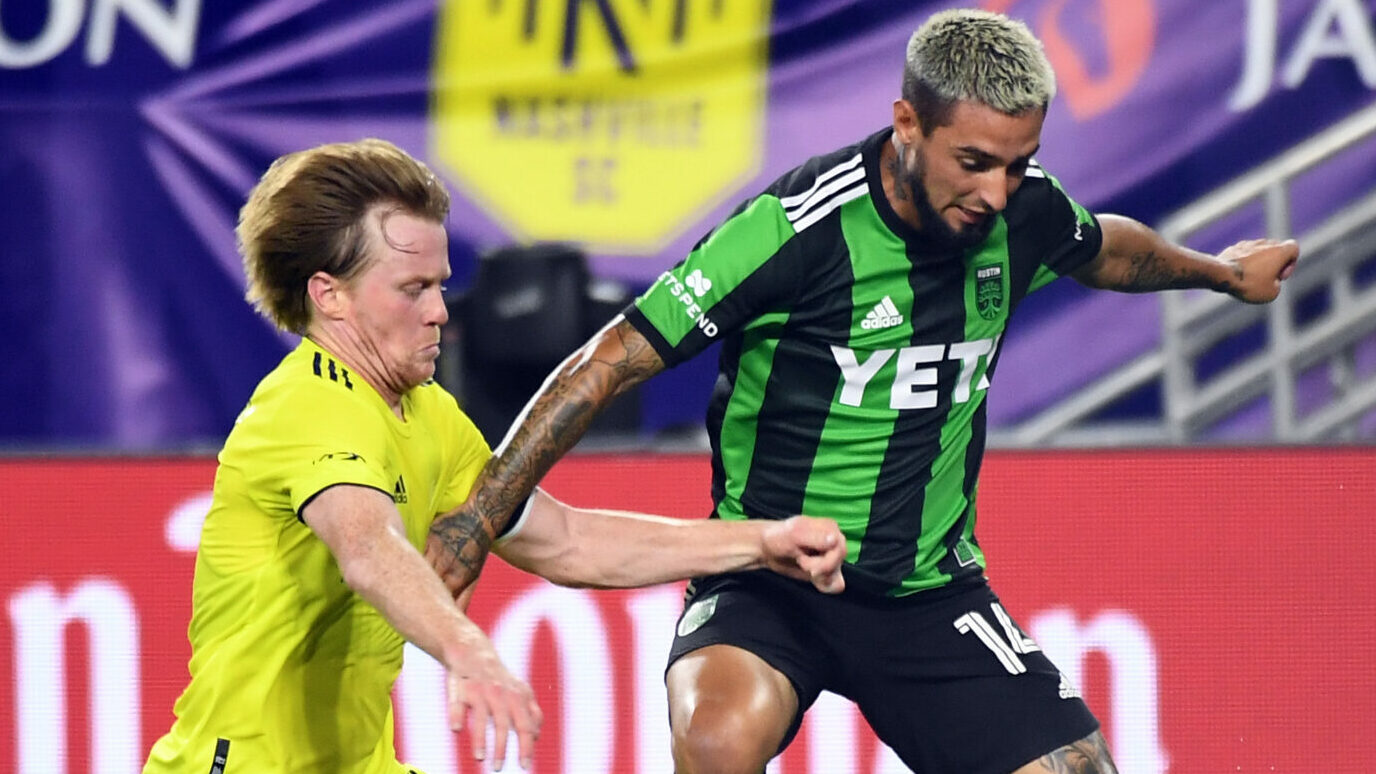 The Supporters’ Shield race got much tighter following midweek MLS action, and two marquee weekend matchups will produce even more drama with the Philadelphia Union taking on the New York Red Bulls and Los Angeles FC hosting Real Salt Lake. Playoff races are entering crucial weeks, with three points separating seventh-place from 11th in the Eastern Conference and five points separating seventh from third in the Western Conference. Other top matchups include a grudge match between the New England Revolution and New York City FC, an all-important match for Nashville SC’s playoff hopes against Austin FC and an enticing Western Conference clash between Minnesota United and FC Dallas. Here are the top matchups in MLS for Week 28. Nashville SC vs. Austin FC Saturday, 8:30 p.m., ESPN+ This matchup brings together two excellent finishers in Hany Mukhtar and Sebastian Driussi. Mukhtar is on a roll after scoring a hat trick in a midweek win over the Colorado Rapids, giving him 19 goals and 11 assists in league play. Stopping Mukhtar will be key for Austin FC, but Austin FC’s attack provides a little more dynamism, with Diego Fagundez or Maxi Urruti able to pick up for a heavily marked Driussi. Nashville weathered a difficult run of form, but Gary Smith’s side has turned things around in a big way following back-to-back wins. Nashville SC could jump ahead of FC Dallas into a top-four spot in the Western Conference with a win. Meanwhile, Austin FC is looking to revive a challenge to LAFC for the top spot in the conference at the same time that Minnesota United is only seven points behind the Texas-based club for second place. LAFC vs. RSL Sunday, 10:30 p.m., ESPN+ LAFC has hit a perplexing bump with losses to the San Jose Earthquakes, Austin FC and the Houston Dynamo in recent weeks. Steve Cherundolo’s side is on a confusing run of poor form, and it could get even worse with Real Salt Lake visiting Banc of California Stadium this weekend. RSL could move up to third in the Western Conference with a road victory. RSL rides a four-game unbeaten streak into this match. LAFC beat RSL 4-1 almost one month ago, with memorable goals from Gareth Bale and Cristian Arango. The LAFC defense is struggling, conceding eight goals in its last three matches. This high-stakes matchup should remind many fans of RSL’s massive upset of LAFC in the 2018 playoffs, with a 3-2 win at Banc of California Stadium. Pablo Mastroeni’s side is less of an underdog in this game, and this result could have a large bearing on LAFC’s standing heading into the playoffs. Revolution vs. NYCFC Sunday, 8 p.m., ESPN+ A competitive rivalry between the Revolution and NYCFC has been bubbling for a couple of years now. First, NYCFC knocked the Supporters’ Shield-winning Revs out of the 2021 playoffs after a penalty shootout before eliminating the Revs in the 2022 U.S. Open Cup. With both teams struggling this season, and the Revs’ window to a playoff spot narrowing each week, you can expect a hotly contested match at Gillette Stadium this weekend. Revs forward Gustavo Bou has returned from a injury, but fellow first-choice attacking players Giacomo Vrioni and Dylan Borrero remained injured. NYCFC will be desperate for a win to break a poor run. Nick Cushing’s side has lost four of their last five matches and could miss out on a home playoff game, as Orlando City gains on them in the standings. Red Bulls vs. Union Saturday, 7 p.m., ESPN+ The Union are on an unreal run of form at the moment, with 16 goals scored in their last three games. However, the Red Bulls are a step up from recent competition and Gerhard Struber’s side enters this match fighting to climb back into second-place in the Eastern Conference. The Red Bulls have counted on their back line during a four-game unbeaten run. Lewis Morgan comes into this match with two goals in his last two games and 13 overall for the season. Daniel Gazdag and Julian Carranza are two of the best-performing players in MLS right now, with both players scoring six goals in their last five appearances. The Union are also tied on points with LAFC, and have the opportunity Saturday night to take the lead in the Supporters’ Shield race. Loons vs. FC Dallas Saturday, 3:30 p.m., ESPN+ Minnesota United has been one of the hottest teams in the league during the second half of the season, while FC Dallas plods along with some inconsistent performances in recent weeks. Minnesota United sits on 44 points and could solidify its position in third-place with a win over FC Dallas, whom lies fourth with 43 points. The Loons won in Dallas earlier this season, however, the addition of Sebastian Lletget to the Dallas midfield adds an attacking threat that could make Nico Estevez’ side dangerous heading into the playoffs. A key matchup to watch in this match is Paxton Pomykal vs. Emanuel Reynoso. If Pomykal can disrupt Reynoso enough, FC Dallas may be able to fight its way back into third in the Western Conference. Jesus Ferreira has 15 goals scored for FC Dallas this season and three in his last three appearances. Full MLS Week 28 Schedule SATURDAY 3:30 p.m. – Minnesota United vs. FC Dallas, Univision, TUDN, Twitter 5:30 p.m. – Crew vs. Fire, ESPN+ 7 p.m. – Red Bulls vs. Union, ESPN+ 7:30 p.m. – FC Cincinnati vs. Charlotte FC, ESPN+ 8:30 p.m. – Nashville SC vs. Austin FC, ESPN+ SUNDAY 5:30 p.m. – Timbers vs. Atlanta United, ESPN+ 7:30 p.m. – D.C. United vs. Rapids, ESPN+ 7:30 p.m. – Toronto FC vs. CF Montreal, ESPN+ 8 p.m. – LA Galaxy vs. Sporting KC, ESPN+ 8 p.m. – Revolution vs. NYCFC, ESPN+ 9 p.m. – Sounders vs. Dynamo, ESPN+ 9:30 p.m. – Quakes vs. Whitecaps, ESPN+ 10:30 p.m. – LAFC vs. RSL, ESPN+