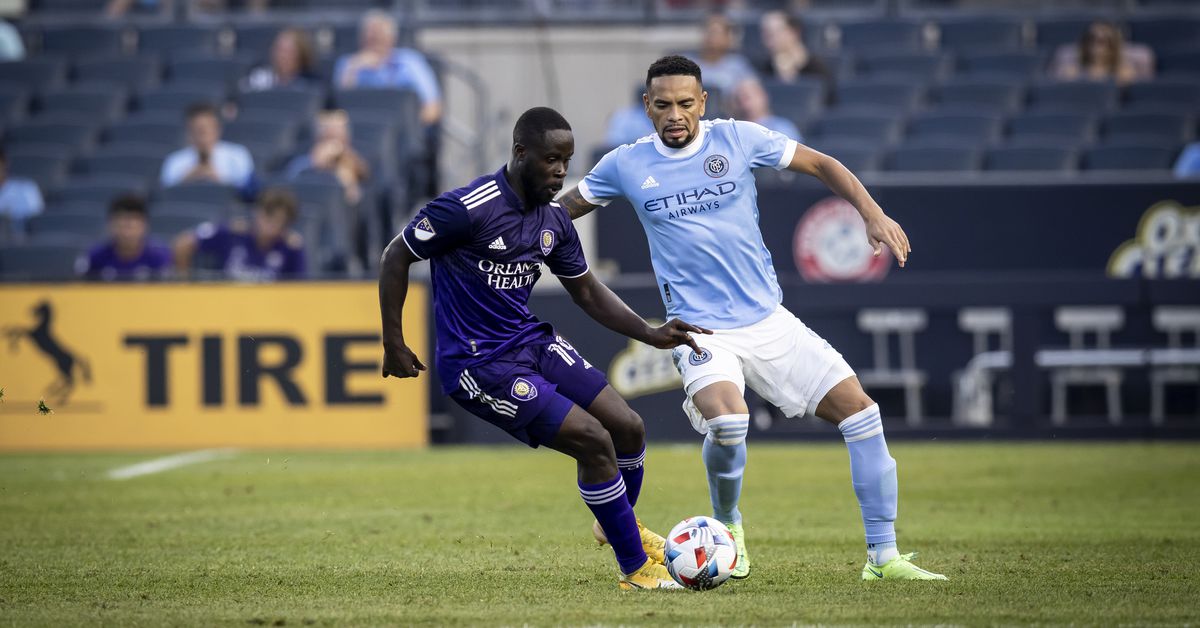 A look into the numbers behind Orlando City’s next opponent, New York City FC.

After a nearly two-week break for international play, Orlando City is back in action this Sunday at 1 p.m. when the Lions head north to take on New York City FC at Red Bull Arena in Harrison, NJ. NYCFC sits two spots and four points ahead of Orlando in the Eastern Conference standings in fourth place with a 14-11-7 record and 49 points. Let’s take a closer look at the numbers behind NYCFC.

The Pigeons are a dangerous offensive team, ranking seventh in goals (53) this season. The more concerning part for Orlando, however, is that NYCFC has actually underachieved on the offensive end this year. NYCFC is third in total scoring attempts (454) and fourth in on-target scoring attempts (170), which is part of the reason that the team has the third-worst Goals-Expected Goals (-4.5) in MLS. The NYCFC offense is unrelenting in its efforts to keep the pressure on opposing defenses as the team is constantly looking for ways to get the ball to the attacking forwards. In MLS play this year, NYCFC is fourth in shot-creating actions (722) and seventh in goal-creating actions (86). The Pigeons are also extremely accurate when they do get these chances with a sixth best accurate shooting percentage of 37.4%.

They have played just as well on defense this year as they have on offense, allowing the third-fewest shots against (117) and fifth-fewest goals against (39). NYCFC defenders have not been afraid to get physical this year, as they rank sixth in tackles (547) and tied for seventh in blocks (456). They also rank 14th in total pressures (4,321), which isn’t the best in the league by any means, but they are second in successful pressure percentage (31.1%), meaning that when they do apply pressure, they can be incredibly successful at gaining the ball back. Some areas where the NYCFC defense has struggled this year is in clearances (531) and interceptions (266), ranking 22nd and 26th, respectively, in these categories.

The NYCFC offense has been led by forward Heber and midfielder Gabriel Pereira, who are tied for first on the club in goals (7) after the departure of Valentín Castellanos on loan to La Liga side Girona FC. Heber and Pereira often come off the bench for Interim Head Coach Nick Cushing, with Heber starting in only nine of his 27 matches played and Pereira 12 of his 24 games. Between the two, Heber has put up more shots, with 31 total scoring attempts compared to Pereira’s 29. However, Pereira has been much more reliable with a club best accurate shooting percentage of 51.7% among players with at least 20 total scoring attempts, while Heber has an accurate shooting percentage of 41.9%. Forward Talles Magno has been the best starter on offense for NYCFC, sitting third in goals (6), first in total scoring attempts (59) and on-target scoring attempts (23), and fifth in accurate shooting percentage (39%). Midfielder Santiago Rodriguez has also been important to the offensive production for the Pigeons as he is first in assists (13), second in shot-creating actions (123), and first in goal-creating actions (17).

Midfielder Nicolás Acevedo has been the leader for NYCFC on defense this year. Acevedo has made an impact on virtually every part of the pitch as he is first among NYCFC players in interceptions (38), blocks (40), tackles (75), and pressures (471). Meanwhile, Malte Amundsen has been solid defensively, sitting second in interceptions (37) and tackles (54) and tied for second in blocks (38). Sean Johnson has been the starting goalkeeper for NYCFC this season and he has played a role as a backup keeper on the United States Men's National Team for a number of years. Johnson has allowed 39 goals and made 79 saves for a save percentage of 67%.

That is what I found on upcoming Lions opponent, NYCFC. Let me know what you think about this Sunday’s match in the comments and, as always, go Orlando!