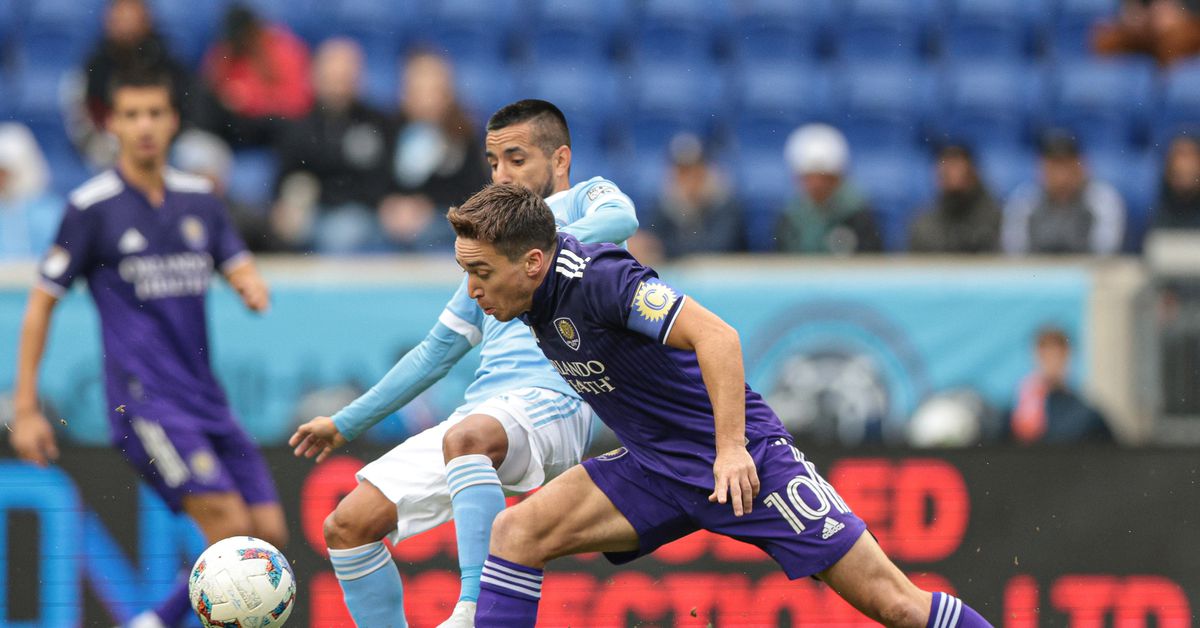 What did we learn from Orlando City’s 2-1 loss to New York City FC?

Orlando City made the trip to New Jersey to take on Eastern Conference rival New York City FC. It’s a good thing it wasn’t a must-win match since the Pigeons came back from a goal down to defeat the Lions 2-1 at Red Bull Arena. What can we take away from Orlando City’s loss on the road?

In the 14th minute, New York City’s Talles Magno seemingly had the first goal on a very nice header to the far corner. Fortunately for Orlando City, Santiago Rodríguez tried to get a toe on it from an offside position and it was called. If he did indeed touch it, it was only by the tip of his cleats on the bottom of his boots. VAR took a look and since there wasn’t enough to overturn the call on the field, Orlando City kept things level.

Coming out in the second half, a long throw-in was sent into the box close to the near post. Ercan Kara smartly headed the ball across the box to find Facundo Torres, who put the ball into the net to give Orlando City a 1-0 lead in the 47th minute. The Young Designated Player provided his usual “Ussie” celebration. As Tommy said in Ted Lasso, “Well it’s not myself, yeah? It’s us, innit? Us.” The goal continued Torres’ good run of form, and was one of my three keys to victory coming into the match.

Madness in the Box

I’ve often said that if you just put the ball into the box good things can happen. That’s what happened on NYCFC’s goal. At least five Lions had an opportunity to clear the ball, but either misjudged it or just plain missed it like Antônio Carlos did. As the ball squirted out to Magno on the left side of the box, he put it through a few players for Alexander Callens to level the match for the Pigeons.

No Handballs and No Time

Orlando City players called for two handballs on NYCFC in short order when the match was tied, and the Lions were going for the win. I did see the replay of the first one and it was not a handball, so it was a good decision from referee Joe Dickerson. However, I did not see the second incident, and Dickerson didn’t call it. Orlando City Head Coach Óscar Pareja definitely thought it was a handball on Keaton Parks. I can accept that we may never know for certain.

What is harder to accept is the notion that in a half with three goals, many subs, and some injury stoppages, there were only three minutes of stoppage time given. That seems a bit on the light side. I also wonder if more time would have been provided if the situation was reversed.

Maxi Morales didn’t get a goal, but once again he hurt Orlando City. He took a pass from Anton Tinnerholm and put a pass through to Gabriel Pereira, who sent the ball across the net for Magno to score and give the Pigeons the lead in the 81st minute. Frankly, I’m getting tired of typing Magno’s name. João Moutinho was trying to close down Moralez, but that put him out of position when the ball went past him. Orlando City had a lead and gave up two goals to drop a vital three points on the road.

That is what I saw during the match. What did you see? Let me know in the comments section below.