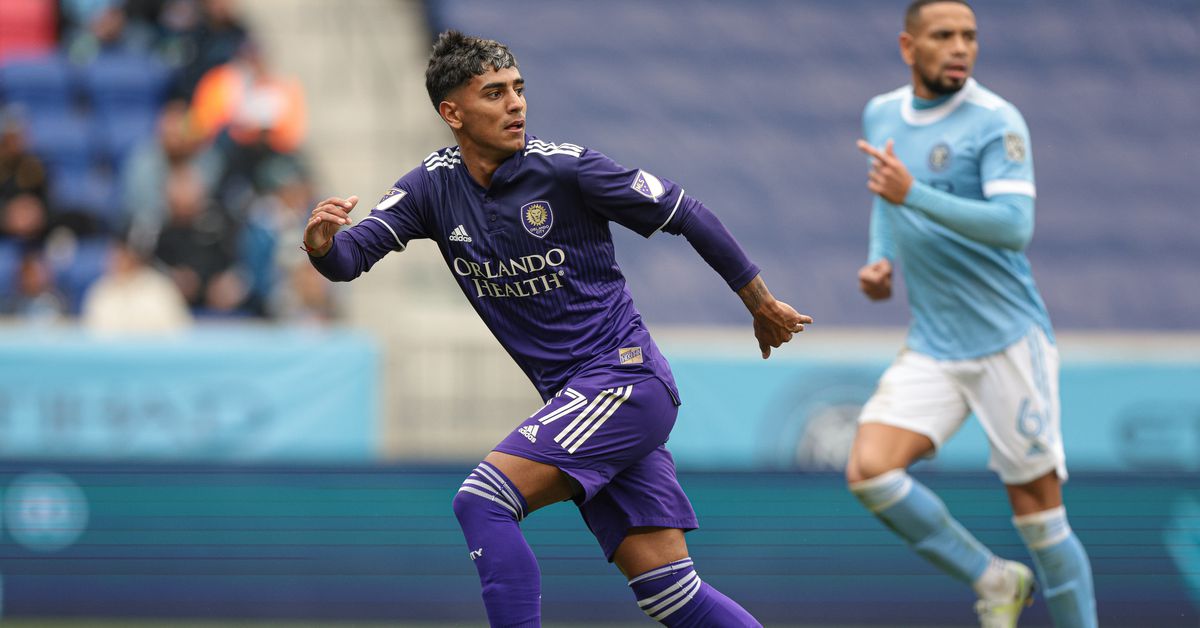 How did the Lions perform individually in their 2-1 loss to NYCFC?

Orlando City looked to be in a good spot when Facundo Torres gave the Lions a 1-0 lead at Red Bull Arena, but New York City FC came back with two late goals to take all three points. The loss keeps the Lions tied at 45 points with the Columbus Crew and Inter Miami for the final two playoff spots with two games remaining.

Let’s take a look at how the Lions performed individually in this loss.

GK, Pedro Gallese, 5.5 — Orlando City has depended on Gallese several times this year to keep them in games. Usually he’s been solid, but Gallese didn’t have his best game today. While not bad, the team’s number one didn’t commit when coming off his line in the 66th minute, resulting in him being stuck in a tight spot. As a result, NYCFC scored the equalizer. Statistically, Gallese conceded two goals and had three saves. He completed 79% of his 19 passes, including five of his nine long balls.

D, Joao Moutinho, 5.5 — Moutinho was much better than Ruan in this game, completing 78.1% of his 41 passes, three of his six crosses, and three of his seven long balls. Defensively, he recorded two tackles, one interception, and one clearance. But in the 81st minute he got sucked up into the midfield, allowing NYCFC to get behind Orlando’s back line. It resulted in the host’s second and game-winning goal.

D, Rodrigo Schlegel, 6 — Schlegel had a good game, recording two tackles, one interception, a blocked shot, and a team-high six clearances. He completed 75.9% of his 29 passes but failed to complete any of his five long balls.

D, Antonio Carlos, 5 — Defensively, Carlos recorded two tackles, one interception, and had five clearances. However, in the 66th minute, Carlos whiffed on an attempted clearance. It allowed NYCFC to get behind the Lions’ back line and left Carlos out of position. Alexander Callens scored right in front of goal because Carlos wasn’t there to defend him. Going forward, Carlos completed 81.4% of his 43 passes and one of his four long balls.

D, Ruan, 4.5 — Ruan had a terrible game at right back. Defensively, he had two tackles and one clearance. He only completed 47.6% of his 21 passes, one of his two long balls, and didn’t attempt any crosses. He got one off-target shot off and was called offside once.

MF, Mauricio Pereyra, 6.5 — Pereyra has been in good form recently and had another good game in this one. The midfielder completed 85.4% of his 48 passes and had four key passes. He completed two of his five crosses, seven of his eight long balls, and took one off-target shot. Defensively, Pereyra recorded one tackle and one interception.

MF, Cesar Araujo, 6 — After being out with a non-COVID related illness, Araujo rejoined the lineup and was his old self. The midfielder recorded a team-high four tackles and one interception. He completed 85% of his 40 passes and three of his five long balls. Araujo was also credited with an assist on Torres’ early second-half goal after a great long throw-in that found the head of Ercan Kara.

MF, Ivan Angulo, 5.5 — It wasn’t a bad game by Angulo, but he only had 19 touches. The attacking midfielder completed 81.8% of his 11 passes and his only cross attempt was successful. He didn’t have any key passes or shots in the game but did have one tackle.

MF, Junior Urso, 6 — Urso had a good game but it should’ve been better. He completed 87.8% of his 41 passes, though none were key passes. He drew a team-high four fouls and took two off-target shots, which he should’ve done better with. Defensively, Urso recorded one tackle and had one interception.

MF, Facundo Torres, 6.5 (MotM) — Torres had a really good game, completing 88.9% of his 36 passes, including two key passes. His three crosses were incomplete but he completed his only long ball. He took a team-high five shots with one being on target. The biggest impact by Torres was his 47th-minute goal that gave the Lions an early second half lead.

F, Ercan Kara, 6 — Kara didn’t find the target on any of his three shots, but he completed 88.9% of his nine passes, including two key passes. In the 47th minute, he flicked a long Araujo throw-in to Torres behind him, resulting in the Lions’ goal.

F, Benji Michel (67’), 5.5 — Michel came on in the 67th minute for Kara, right after the equalizing goal by NYCFC. He only had six touches and completed both of his passes. In the 86th minute, Moutinho found Michel on NYCFC’s half of the field and it looked like the Lions would have a chance for an equalizer, but he took a heavy touch and ended up committing a foul to end the attack.

F, Tesho Akindele (74’), 5.5 — Akindele came on for Angulo in the 74th minute. He didn’t have a big impact, only recording five touches, but completed all five of his passes, including one key pass. However, the forward didn’t get any shots off.

D, Kyle Smith (74’), 5 — Smith came on with Akindele, replacing Ruan. The defender had seven touches and completed three of his six passes. He attempted one inaccurate long ball and recorded one tackle.

MF, Jake Mulraney (85’), N/A — Mulraney came on in the 85th minute for Araujo and was virtually non-existent. The midfielder only had one touch and he lost possession with it. That was the only statistic for the substitute.

That’s how I saw the individual performances for the Lions in this disappointing loss. Let us know how you saw the game and don’t forget to vote for your Man of the Match below.