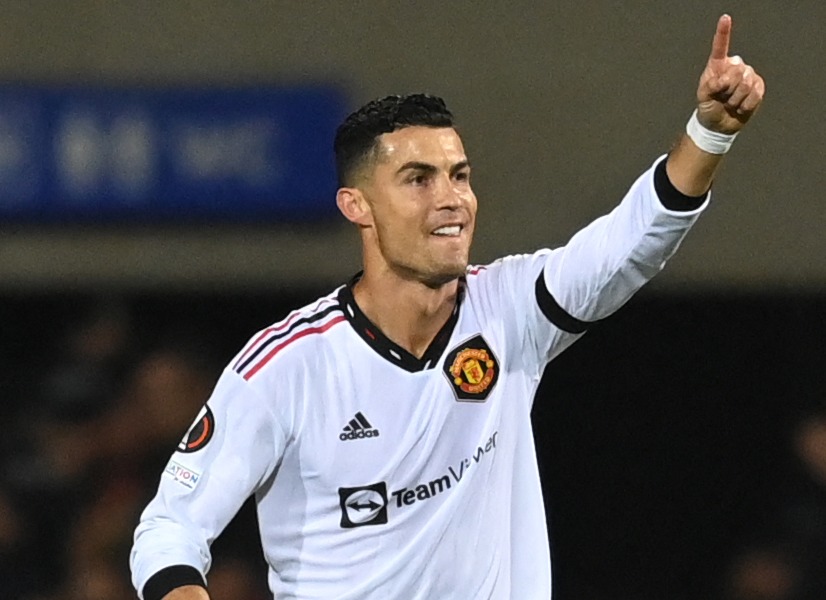 Cristiano Ronaldo looks set to be unleashed by Erik ten Hag in the Manchester derby on Sunday at the Etihad. Manchester United have injury concerns over Anthony Martial and Marcus Rashford, so the 37-year-old has a chance to start. Ronaldo still has the talent to hurt Manchester CityAFP He loved scoring against City in his first stint at Old Trafford, but is yet to do it since his returnGetty He could really do with a goal after enduring a poor start to the season for club and country. He has played in all six of the Red Devils’ league games but has only started against Brentford. Also, the former Real Madrid man has failed to score in the Premier League this season. But he did manage to find the net in Man United’s 2-0 win over FC Sheriff Tiraspol in the Europa League. Ronaldo even struggled for Portugal over the international break, failing to score across two fixtures. He did provide an assist in a 4-0 win over the Czech Republic, but his performance against Spain was heavily criticised. So Ronaldo could do with a goal and a big performance, and the Manchester derby might be the perfect opportunity. Ronaldo wasn’t at his best during the international break but United fans will hope he is saving his best for derby dayGetty Most read in Football joker Haaland in hysterics after Manchester derby day promo message with Neville pick Documentary shows how Haaland chose Man City - and Man United weren't even considered overhaul Bowen and Soucek out, Scamacca starts in line-up West Ham fans are crying out for TALKS Moshiri in 'advanced talks' over £400m deal to sell Everton to American mogul quit Alexander-Arnold told to retire from England duty after Southgate's Trippier 'insult' options Silva and Mount dropped as starlet gets chance: Potter's first league XI at Chelsea Ronaldo stats v Manchester City Games played: 15 Goals scored: Five Wins: Nine Premier League games: 11 Premier League goals: Three Champions League games: Three Champions League goals: One FA Cup games: One FA Cup goals: One Ronaldo, as he does against most teams, boasts a strong record against City. He has played them 15 times across the Premier League, Champions League and FA Cup. In those meetings, Ronaldo’s side have won nine times, drawn twice and lost four. The Manchester United icon has a one in three goalscoring record against the Citizens and has bagged against them in every competition, scoring five in total. So you could say he is a due a goal against City to get his campaign underway. But in the Premier League, Ronaldo has only scored three times in 11 games against Man United’s neighbours. In fact, he only has one more goal than red cards in top-flight clashes between Man United and Man City. And he has the same amount of yellow cards, so though his record looks good overall, in the Premier League, it isn’t stellar. Ronaldo scored the winner against Manchester City in a 3-2 victory at the Bernabeu in 2012 – his only Champions League goal against the Citizens But Ten Hag’s side head into the derby in form and looking dangerous. The Red Devils won’t have a lot of the ball against City, but that might suit them because they had less possession against Liverpool and Arsenal. This counter-attacking style that Ten Hag has adopted in the big games might get the best from Ronaldo. He is in the closing stages of his career, but he still has explosive pace over a short distance, and if Man United can provide the service, he could definitely get a goal and keep up his record against the Citizens. There are a lot of question marks over Ronaldo after a tumultuous summer, but these are the games he has thrived off in his career, so don’t be surprised if he pops up with a goal or a big performance. Watch the World Cup with talkSPORT At talkSPORT we are powered by fans, so come and join us for the ultimate World Cup fan experience this winter – at the talkSPORT Fan Zone. In a huge indoor venue under the arches at Waterloo in London, we’ll bring you live screenings of every World Cup game. There will be Q&As with talkSPORT talent, you’ll be part of our live broadcasts, and there will be plenty of food and drink on offer too. Come and enjoy the best World Cup fan experience in London – and enjoy a pint on us – with tickets for England and Wales’ group stage games on sale now HERE!