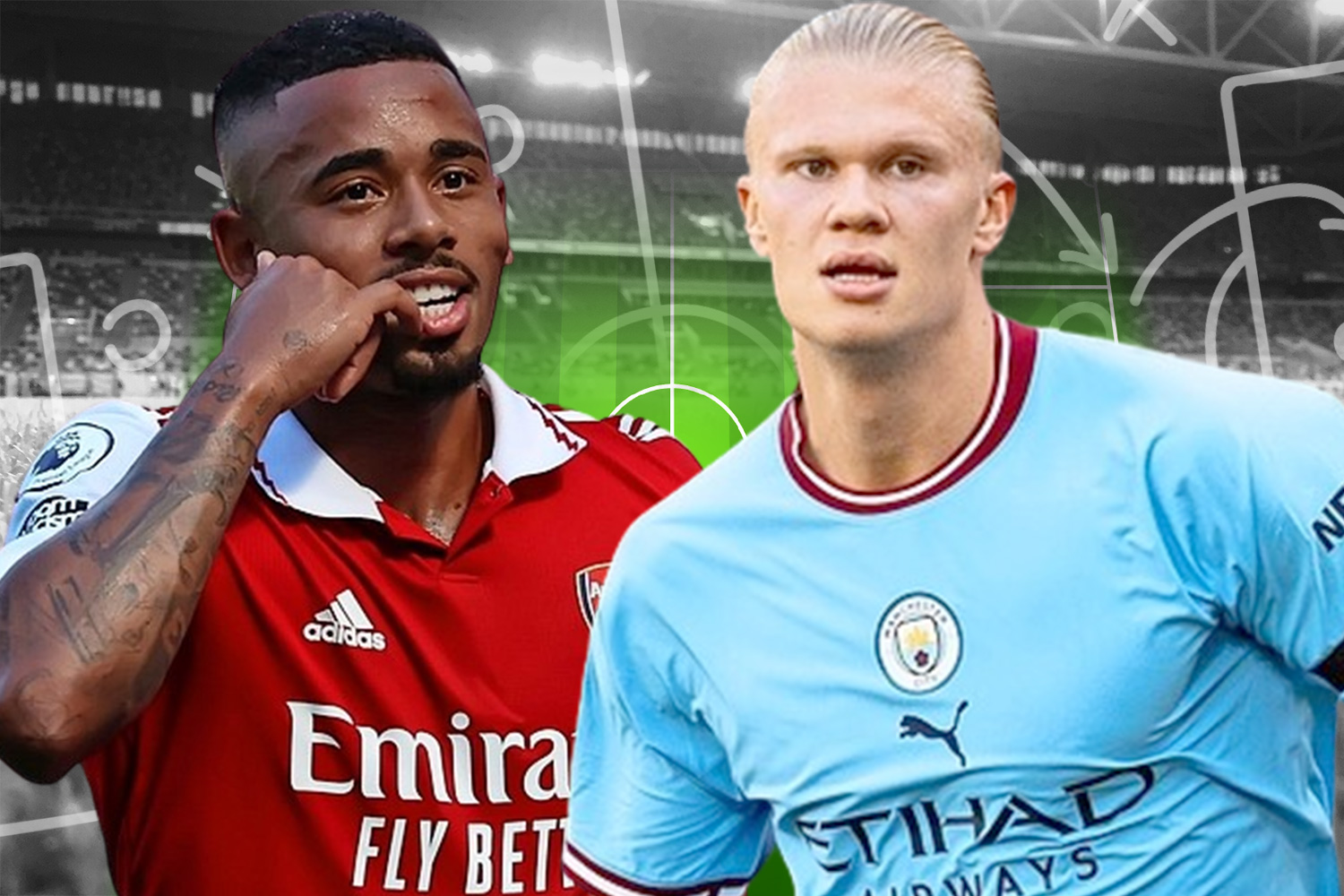 Siri, tell me it’s the international break without telling me it’s the international break. That’s right, the Sports Bar lads have picked their Team of the Season so far, seven games into the Premier League campaign. The Premier League table is starting to take shape Ex-Chelsea defender Jason Cundy and former Tottenham midfielder Jamie O’Hara have come to a rare compromise on their standout XI for the opening month or two. Arsenal continue to be the top-flight’s surprise package, flying high at the top of the table with six wins from their opening seven games. Lurking just one-point behind them, Manchester City continue to look ominous and Tottenham are yet to lose a game. But while the inclusions of Erling Haaland and Gabriel Jesus come as no surprise, there are some big calls. To begin, no Spurs players feature in the Team of the Season so far. With a bold 4-2-4 formation (we think), there was no room for Harry Kane or Manchester United forward Marcus Rashford. Only Haaland has more goals than Kane this seasonGetty Most read in Football huge 'It could be inspired or poor' - Noble is taking on a 'very big job' at West Ham CONFIRMED Derby appoint League One promotion specialist Paul Warne as new manager you tube! Crawley to scout Sidemen Charity Match, featuring KSI and Logan Paul, for FA Cup excited West Ham appoint club legend Noble to newly-created backroom role reply Souness responds to Grealish with 'night out' joke but warns: I was right about Pogba opinion 'Arsenal fans will be embarrassed about it' - Gabriel's tweet condemned by host Elsewhere, a Fulham player made the cut following their exceptional start to the season, but it’s not Aleksandar Mitrovic. Meanwhile, the Brentford and Crystal Palace players who get the nod are rather more predictable. So without further ado, here is the Sports Bar’s Team of the Season so far… Is this the Premier League’s team of the season, so far? Watch the World Cup with talkSPORT At talkSPORT we are powered by fans, so come and join us for the ultimate World Cup fan experience this winter – at the talkSPORT Fan Zone. In a huge indoor venue under the arches at Waterloo in London, we’ll bring you live screenings of every World Cup game. There will be Q&As with talkSPORT talent, you’ll be part of our live broadcasts, and there will be plenty of food and drink on offer too. Come and enjoy the best World Cup fan experience in London – and enjoy a pint on us – with tickets for England and Wales’ group stage games on sale now HERE!

10 things we learned in the Premier League: Week 9