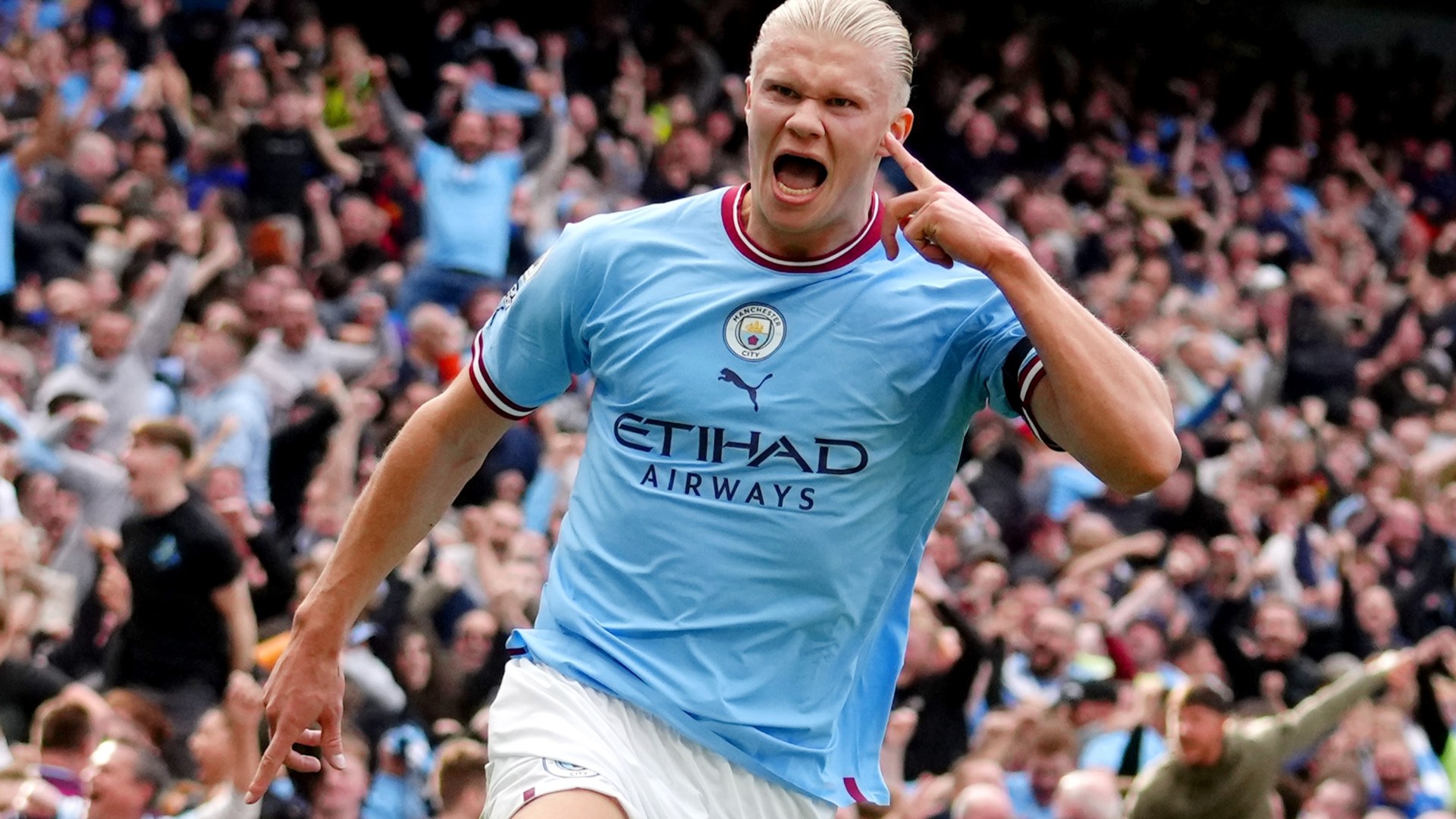 Erling Haaland’s performance against Manchester United won him a place on an exclusive list of players. The Manchester City striker scored a hat-trick and set up two goals in a 6-3 derby day win and it earned him top marks from the notoriously stingy French newspaper L’Equipe. Haaland score his third hat-trick of the season as he maintained his flying start to the gamegetty His display saw him become the 14th player to earn 10/10 from L’Equipe, with Messi the only player to get top marks twice – the first being when he tore Arsenal apart as a Barcelona playerGetty Images - Getty Only 13 other players have been given a 10/10 rating and Haaland makes it 14. THE PLAYERS Alban Lafont for Nantes vs PSG – 2022Kylian Mbappe for France vs Kazakhstan – 2021Serge Gnabry for Bayern Munich vs Tottenham – 2019Lucas Moura for Tottenham vs Ajax – 2019Dusan Tadic for Ajax vs Real Madrid – 2019Neymar for PSG vs Dijon – 2018Carlos Eduardo for Nice vs Guingamp – 2014Robert Lewandowski for Borussia Dortmund vs Real Madrid – 2013Lionel Messi for Barcelona vs Arsenal – 2010 and against Bayer Leverkusen – 2012Lars Windfeld for Aarhus vs Nantes – 1997Oleg Salenko for Russia vs Cameroon – 1994Franck Sauzee for France U21s vs Greece U21s – 1988Bruno Martini for France U21s vs Greece U21s – 1988 Lucas Moura scored three to complete Tottenham’s remarkable comeback against Ajax in the 2019 Champions League semi-final Most read in Football shared Foden and Haaland get a match ball apiece after Gundogan makes sure both get praise heated Keane and Richards clash in fiery debate about Ronaldo after derby snub reply Gerrard responds to Marsch claim that Villa slowed Leeds clash down to 'snail's pace' views Leeds star called 'naive' for getting sent off, as Gerrard's Villa labelled 'rubbish' fury 'Arrogant deluded twerp' - Morgan slams Ten Hag after Ronaldo snub in Man United loss feats Brentford poke fun at Man United as Haaland already beats a Solskjaer record Asked for his thoughts on his efforts, the 22-year-old said: “Yeah, not bad.” Haaland’s hat-trick meant he has now scored 17 goals in his first 11 games and his manager, Pep Guardiola, said he is simply doing what he has always done. “I say it many times and I will say again – what Erling is doing he did in Norway, Austria and Germany,” said Pep. “The quality we have alongside him helps him score, but what he is doing I didn’t teach him. “He has incredible instincts. It comes from his mum and dad. He was born with that.” Not to be outdone, Haaland’s teammate Phil Foden also scored three, which saw them both go home with match balls. Foden and Haaland both got a ball each, with their teammates signing it as the hammering of United brought back memories of the 6-1 demolition in 2011Instagram @Erling.Haaland