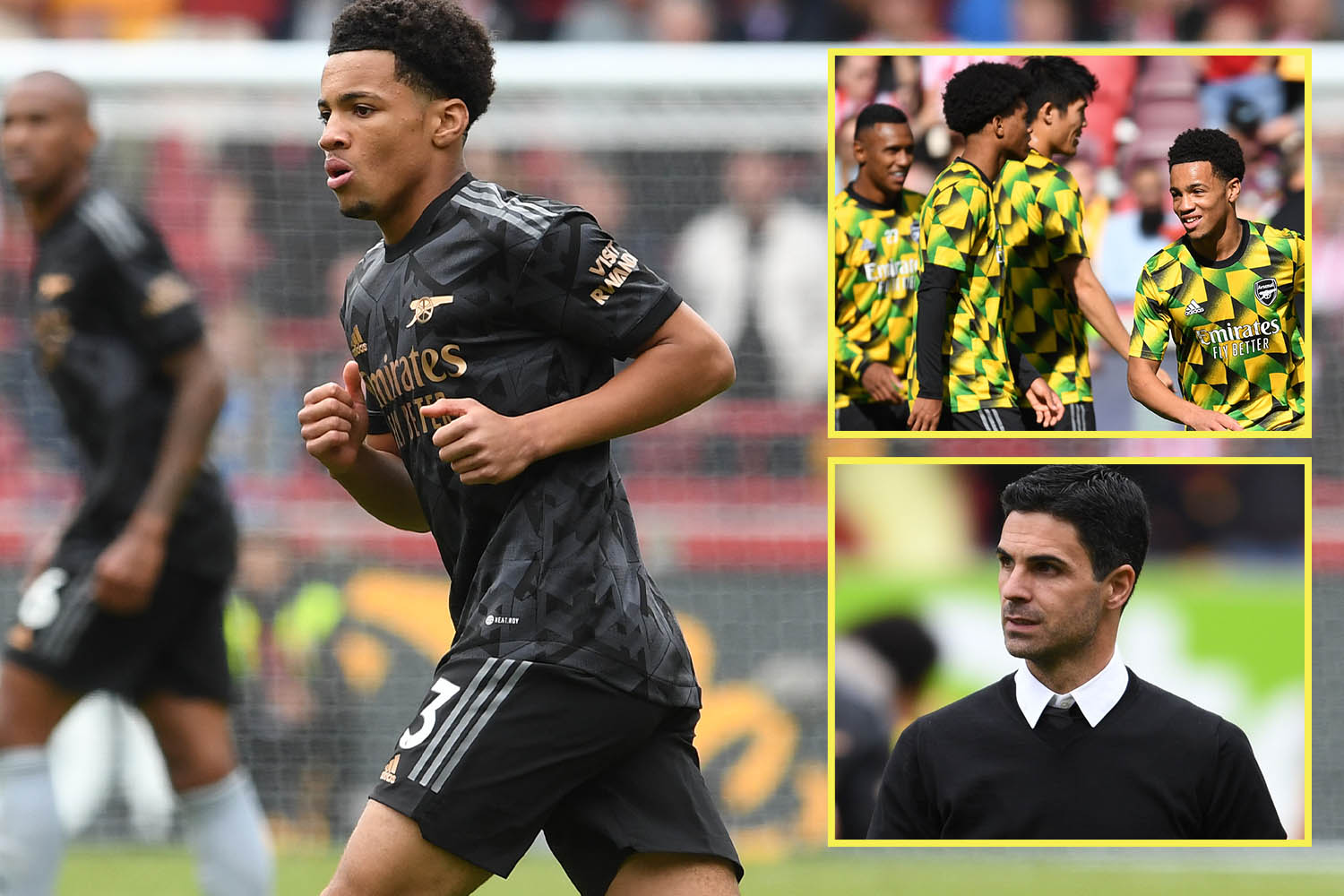 Mikel Arteta says he feels Ethan Nwaneri ‘has something special’ following the Arsenal starlet’s record-breaking Premier League debut. Nwaneri was a late substitute during the Gunners’ 3-0 win at Brentford, and in doing so he smashed the record for the Premier League’s youngest ever player. Nwaneri made Premier League history as he came on in the second minute of stoppage-time at the Brentford Community StadiumGetty At 15 years and 181 days old, Nwaneri beats previous record holder Harvey Elliott, who was 16 years and 30 days old when making his Premier League debut for Fulham in May 2019. Although it was a cameo appearance for Nwaneri, Arteta suggested there’s plenty more to come from this precocious young talent. “We have been told in the last year or two from academy coaches and from Edu that we have certain talents that we need to look after,” Arteta told talkSPORT. “And the best way we need to reach something is to send a strong message that it’s not going to be about the age, the age doesn’t tell you a good player from a bad player. “When you look at that boy I have a feeling that he has something special and now he makes a step forward and now maybe he needs ten steps backwards… it’s a nice moment.” Nwaneri’s debut has delighted former Arsenal player Perry Groves, who says it’s testament to the youth policy of the north London club. Arteta is encouraged by what the future has in store for NwaneriGetty Most read in Football unbelievable 'You're not a fraud' - Kamara thanks Boro fans who unveiled classy banner bothered Arsenal star replicates infamous Toney tweet as Gunners show they're still rattled OOPS Rice corrects Lampard and Moyes as they lead wrong teams out at Goodison Park LIVE Brentford 0-3 Arsenal LIVE reaction: Vieira scores pick of the goals as Gunners win DANCE Jesus celebrates Arsenal goal with tribute to Vinicius Jr after 'racist comment' class Arsenal leapfrog Man City in 'totally dominant' win but doubts over title credentials TREBLE Dier reveals what Spurs stars said to Son in the changing room after hat-trick starlet Arsenal wonderkid smashes Premier League record once held by Liverpool starlet But added that there may be one or two touches of jealousy among Nwaneri’s peers at Arsenal’s academy. “They will have watched him… what happens is they say to him ‘you’re too good for your age group.’ He would’ve been moved up,” Groves said. “Obviously he’s got to fill out but he’s probably about six feet tall. They’ve looked at him and thought it’s not worth him playing in the Under-14s or Under-15s as he could get into bad habits so they’ll move him up and up. “They’ll have said to him ‘we know you’re good technically but are you going to be able to handle the physicality?’ Remember the name, Ethan NwaneriGetty “He’s obviously come through that with flying colours and Arteta’s put him on the bench and they’ll have given him the experience for him to enjoy. “Other academy players will say how pleased they are for him but if I was a 17 or 18-year-old who was aspiring and had a lot of potential I’d be thinking ‘hold on a minute, they think this kid of 15 is better than me.’ That’s a natural way to think. “It’s a brilliant testament to Arsenal’s youth team policy.”