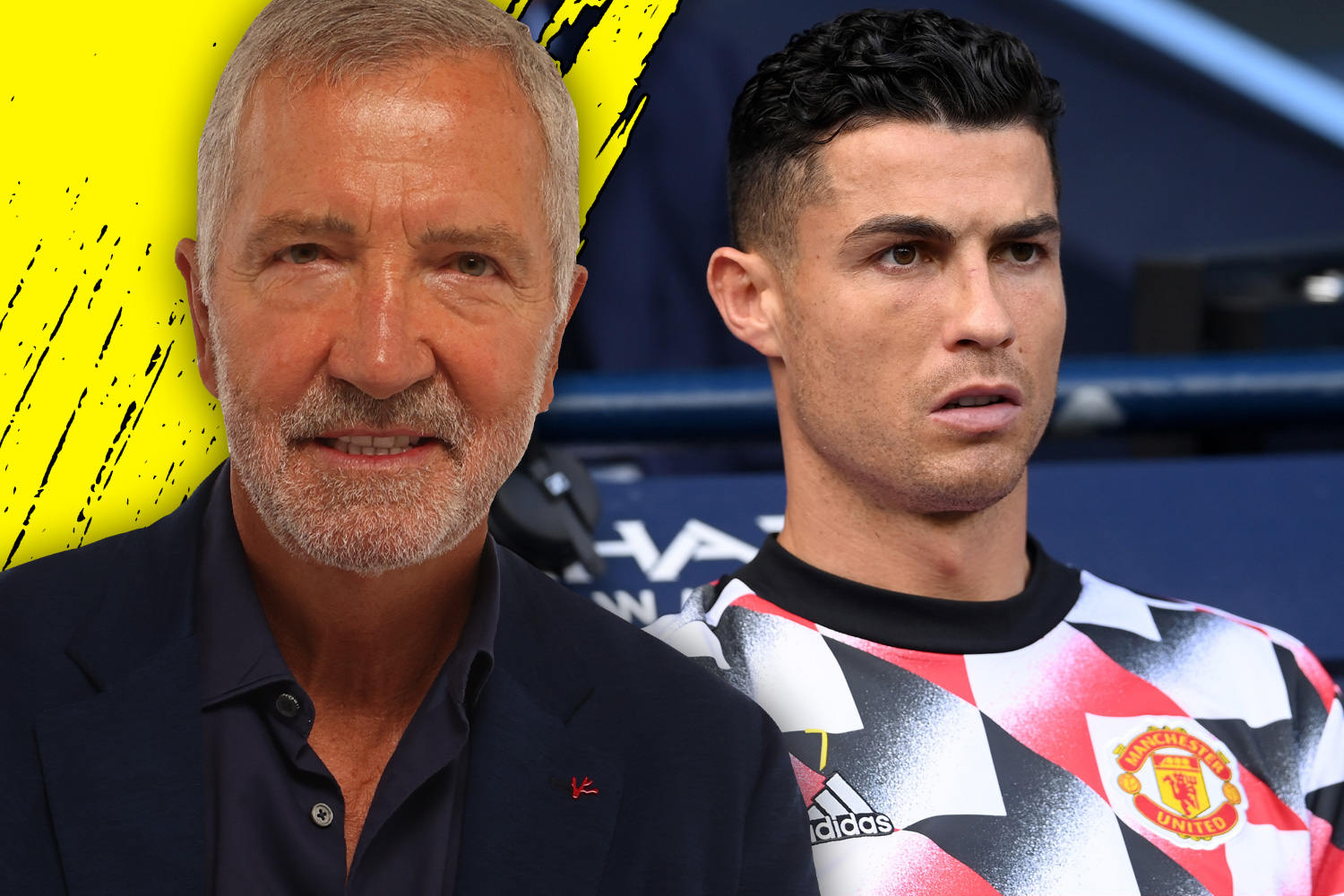 Graeme Souness has agreed with Roy Keane that Erik ten Hag’s decision not to play Cristiano Ronaldo in the Manchester derby was ‘disrespectful’. However, Simon Jordan and Jamie Carragher believe the pair’s arguments are wrong, and that the Red Devils boss had to prioritise other options up front. Ronaldo sat on the bench for the full 90 minutes, despite him scoring 699 goals in 941 games across his club careerGetty Ten Hag said he didn’t play Ronaldo ‘out of respect for his career’Getty Ronaldo was left on the bench for the entire match and cut a frustrated figure in the dugout as he watched Manchester United go 4-0 down after 43 minutes. The Red Devils managed to half the deficit in the end, with the game finishing 6-3 defeat to Man City, but fans and pundits were left baffled why Ten Hag opted not to bring on Ronaldo. The Dutch manager explained after the match why he didn’t use the Portuguese icon at the Etihad Stadium ‘out of respect for Cristiano, for his big career’. However, Old Trafford legend Keane slated Ten Hag’s justification for leaving Ronaldo on the bench, saying ‘the players deserves more than that’. Souness agrees, with the Liverpool great telling the talkSPORT Breakfast: ‘He’s the best player in the world with Lionel Messi – he still has something to offer’. “Ronaldo has an argument for saying, ‘I’ve been the best player ever’ – he can sit with any group of players in the history of the game if they were still alive and argue that,” the pundit said. Souness doesn’t believe Ten Hag’s reasoning for dropping Ronaldotalksport Keane also defended his former teammate and hit out at Man United’s treatment of the all-time greatGetty Most read in Football RATTLED O'Hara stands by 'Spurs are back' and 'Conte has Arteta's number' claims shared Foden and Haaland get a match ball apiece after Gundogan makes sure both get praise heated Keane and Richards clash in fiery debate about Ronaldo after derby snub reply Gerrard responds to Marsch claim that Villa slowed Leeds clash down to 'snail's pace' views Leeds star called 'naive' for getting sent off, as Gerrard's Villa labelled 'rubbish' fury 'Arrogant deluded twerp' - Morgan slams Ten Hag after Ronaldo snub in Man United loss “So, the disrespect Manchester United are showing him now, I don’t see the point in going through the aggravation which they have done in making him stay to not use him. “It’s disrespectful not to use him. I don’t buy that [Ten Hag’s explanation], I think you’re showing more disrespect by not using him.” Former Crystal Palace chairman Simon Jordan then defended Ten Hag’s decision to leave Ronaldo on the bench, given Marcus Rashford had contributed to Man United’s last four league wins. “Marcus Rashford is the future,” he said, “He’s someone who clearly needs to be redeveloped and recalibrated because he’s lost his way a little bit. “You keep giving him a run. If you put Ronaldo in front of him, doesn’t that hurt the dynamic?” Souness saw Jordan’s point of view, but still questioned why Ronaldo hadn’t been informed that he would likely spend a lot of time being on the bench and used as an inspiration for the younger players. Jordan doesn’t believe in Keane’s argumenttalksport And thinks Ten Hag was right to prioritise RashfordAFP And he insisted Ronaldo – who has been in Ten Hag’s starting XI in the league just once this season – would have been desperate to get on the pitch despite the scoreline. “Time is not your friend in football,” Souness said. It’s about winning games today. It’s not about waiting for Rashford to become the player most people think he can be. “It’s not about giving Anthony Martial a place in the team because of his age. It’s about today. “I can tell you, Ronaldo would rather be on the pitch. Players want to play, you saw it on his face, the camera went to his face. I would have been giving him [Ten Hag] a nudge, I would have been asking to be on at 4-0. “I think the game was screaming out for Ronaldo. Manchester United were so disappointing yesterday and Ronaldo’s the real deal. “Did you see the pictures of Ronaldo’s face when these substitutions were being made? I know what he would have been thinking: ‘Is this what it’s come to? He [Ten Hag] thinks these players are better than me?’ Martial came off the bench and scored twice – but Souness thinks Ronaldo would have been the man to bring ongetty Ronaldo was seen with his head in his hands in the first halfpremier league “Ronaldo has got an ego that would choke a horse, and quite rightly so, he’s been one of the best ever, and he would have been shaking his head and saying to himself, ‘Really?’ “Ronaldo, along with Messi, I think the best player in the world is one of those two, and it’s because of the levels they’ve done it at and their longevity. “You can’t live off your reputation forever, but I still think he’s got something to offer. There’s a use for Ronaldo in this Manchester United team where they are right now.” Carragher joined in the debatetwitter Meanwhile, other former Liverpool star Jamie Carragher weighed in on the debate on Twitter, siding with Jordan. “The idea that ETH [Ten Hag] got it wrong yesterday by not playing Ronaldo is laughable,” he wrote. “Ronaldo played at Brentford when it was 4-0 at half-time! “It’s not a dig at Ronaldo, but Rashford’s pace on the counter-attack as we saw against Arsenal and Liverpool was 100 per cent the best option.”