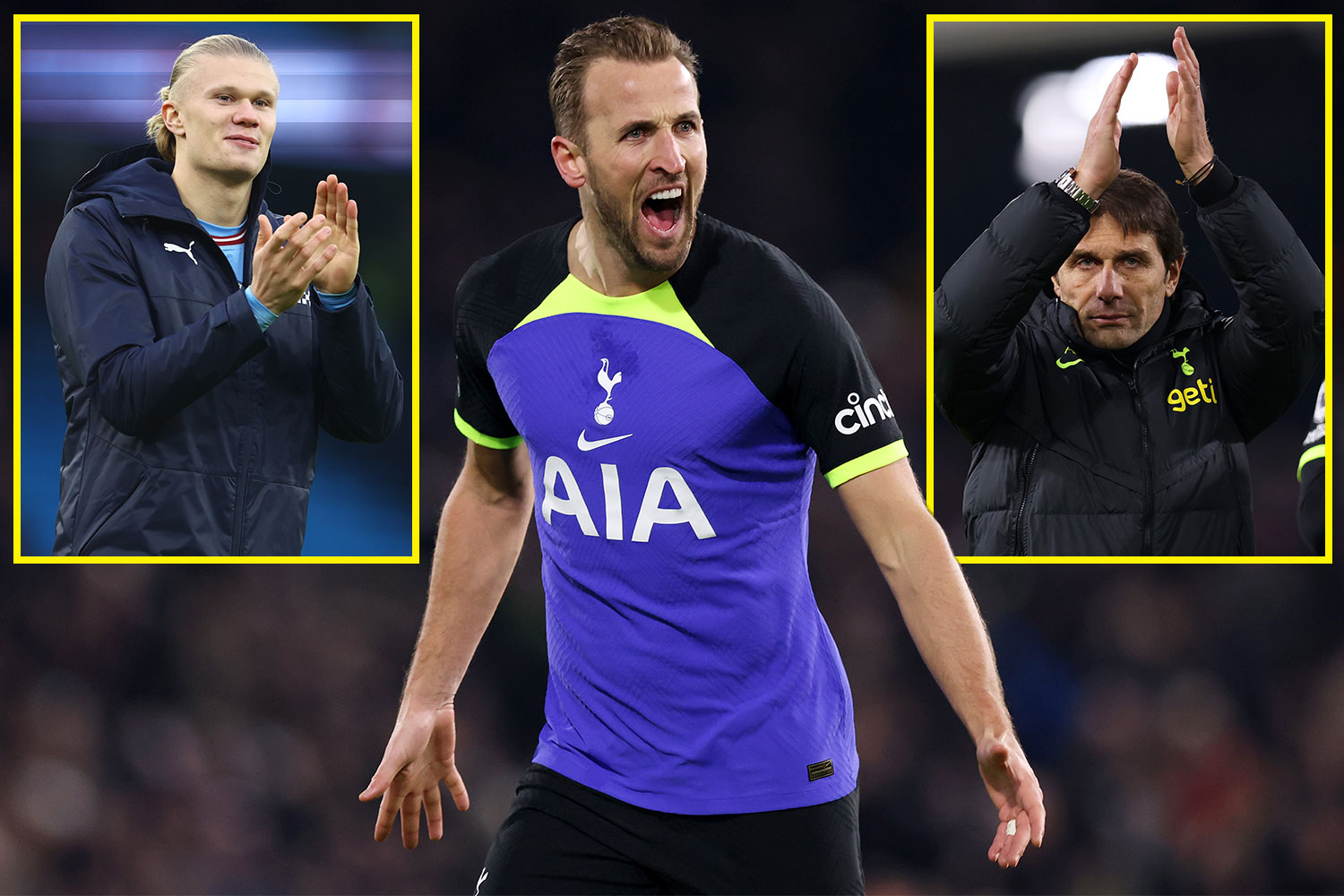 Harry Kane has been tipped to become Tottenham’s greatest ever player, as well as being labelled a ‘better frontman’ than Erling Haaland. Spurs’ 1-0 win at Fulham was a history-making night for match-winner Kane, whose goal saw him go level with the great Jimmy Greaves for Spurs goals. Kane gave Spurs the lead on the stroke of half time with this superb strikeGetty Kane now has 266 goals for Spurs, putting him level with club legend GreavesGetty Kane also has 199 Premier League goals and at 29 years old he has the chance of catching Alan Shearer’s record of 260 strikes. Time will tell if the striker will become the Premier League’s all-time top scorer but you’d bet your house on him to get one more goal and surpass Greaves’ Spurs goals tally. And Jamie Carragher believes Kane will go down as Tottenham’s greatest ever player. “It feels like it’s going so quick,” Carragher told Sky Sports. “Year after year, he’s always there scoring 25-30 goals a season. “We’ve seen players for years, we’ll see them in the future having one or two seasons but when you think of the absolute greats, not of Tottenham but the Premier League, of the First Division if you go back further, and we are doing it with Jimmy Greaves, he is one of the best we’ve seen, there’s no doubt about that. “Think at the end of his career hell go past Jimmy Greaves we know that, he’ll go down as Tottenham’s greatest player.” Not a bad haul for a ‘one-season wonder’Getty Most read in Football Rice favours Arsenal, Kane open to new Spurs deal, Newcastle linked with Gordon Arsenal complete £22m signing, Rice favours Gunners and Arteta wants Spanish wonderkid Ings faces weeks out after suffering injury on West Ham debut following £15m transfer Jesus tells UFC legend Khabib when he expects to be playing for Arsenal again Everton sack Frank Lampard who leaves with worse record than Rafa Benitez Laura Woods issues perfect response to 'salty' Man United fan after huge win for Arsenal Morgan hits out at 'arrogant' Man United boss Ten Hag for 'disrespectful' Ronaldo handling Kane deals transfer blow to Man United as new stance on Spurs contract emerges Spurs boss Antonio Conte echoed these claims as he revealed his striker starred at Craven Cottage despite being under the weather. “Harry played with a fever,” Conte told talkSPORT. “He was not so well but he wanted to play and to be a point of reference for the team. “Harry is Tottenham. It’s very clear he has Tottenham in his heart.” Kane boasts a very impressive 16 goals in 21 Premier League appearances this season, a tally that could’ve easily gone unnoticed due to the excellent form of Erling Haaland, who has 25 in the top flight. Conte handed huge praise to Kane after the win at Craven CottageGetty And Jason Cundy would have Kane over Erling HaalandGetty But Jason Cundy believes Kane is the all-round better striker and would even be a better fit in the Manchester City team than the Norwegian superstar. “I’m a fan of both Haaland and Kane but right now Harry Kane is a better frontman than Haaland,” Cundy said on The Sports Bar. “Harry Kane is a better fit for Man City than Haaland. He’s a better all-round player technically and he’s better in terms of linking up play. He can drop deep, players can run beyond him. “That’s what City used to do loads, they’d have a false nine last year and players running beyond. “Put Kane in that team, he scores the same amount of goals as Haaland. He’s that good, he’s playing for Spurs for God sake!” Keep up to date with all the latest news, rumours and gossip with our LIVE transfer blog