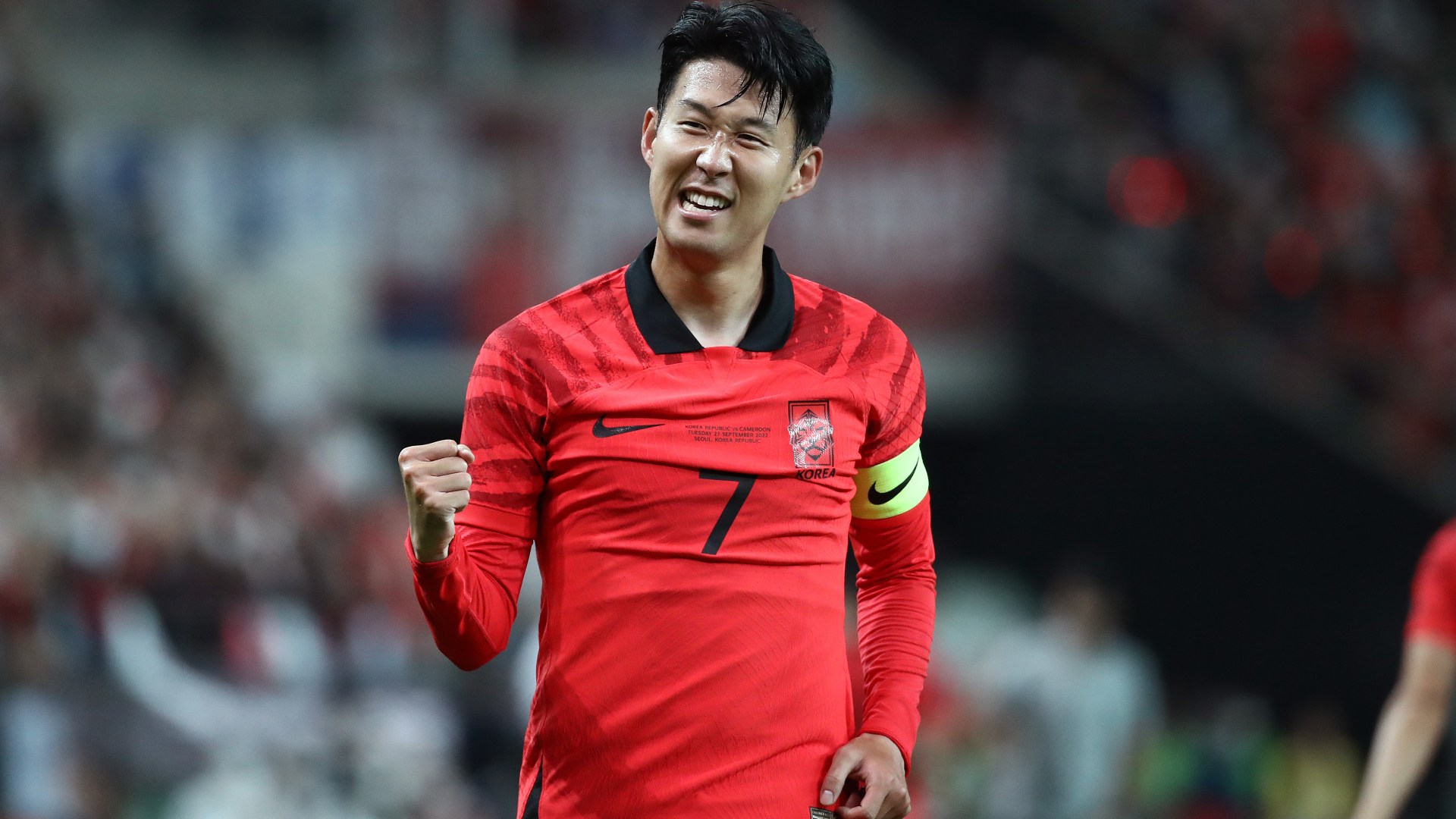 Tottenham star Heung-min Son is South Korea’s main hope of progressing at the World Cup. The forward is a living legend in his country and is one of the only top players they have. Son is the talisman of this South Korea sideGetty The 30-year-old has scored three goals in six World Cup appearances and is playing for South Korea despite recently undergoing surgery to fix a fractured eye socket. Son was involved in a sickening clash during Spurs’ Champions League game against Marseille that ruled him out of Tottenham’s final matches before the break. Heung-min Son injury: What’s the latest? Given Son has made over 100 appearances for South Korea and is one of the most popular people in the country, it’s no real surprise he was included in the squad. But his injury was serious, and head coach Paulo Bento revealed he wasn’t sure when Son could return to training: “We don’t have that information yet. “We are in contact with him, with the Tottenham medical department. We need to wait, we need to analyse day by day his situation. “We have time to decide and the most important is he recovers as well as possible, he feels comfortable and then we will take the final decision.” Son is yet to return to training but hopes to be involved against Uruguay next weekGetty Most read in Football road England's possible route to Qatar 2022 World Cup final with dates and times confirmed GER MAN Michael Beale: QPR expecting manager to become new Rangers boss strange Rudiger slammed for 'mocking' Japan star Asano before Germany go on to lose DEBATE 'You treat world class players differently' - Keane and Wright clash over Ronaldo bad De Bruyne confused over Man of the Match award as he laments poor Belgium display deal? Sir Jim Ratcliffe 'will bid' for Man United after Glazer family put club up for sale South Korea's World Cup fixtures Group H: Uruguay vs South Korea – Thursday, November 24 – 1pm UK time – Education City Stadium – Al Rayyan Group H: South Korea vs Ghana – Monday, November 28 – 1pm UK time – Education City Stadium – Al Rayyan Group H: South Korea vs Portugal – Friday, December 2 – 3pm UK time – Education City Stadium – Al Rayyan But Son has insisted he was ready to play and help inspire his side through the group stages. He said: “I won’t miss this for the world. I can’t wait to represent our beautiful country. “I just wanted to take a moment to say thank you all for the messages of support I have received over the last week. “I have read so many of them and truly, truly appreciate you all. In a tough time I received a lot of strength from you! “Playing for your country at the World Cup is the dream of so many children growing up, just as it was one of mine too.” Son being fit would be a huge boost to South Korea in a tricky group His determination to play paid off as he featured in South Korea’s opening game of the tournament. He started for his country against Uruguay, wearing a face mask to protect his eye socket after surgery. Watch the World Cup with talkSPORT At talkSPORT we are powered by fans, so come and join us for the ultimate World Cup fan experience this winter – at the talkSPORT Fan Zone. In a huge indoor venue under the arches at Waterloo in London, we’ll bring you live screenings of every World Cup game. There will be Q&As with talkSPORT talent, you’ll be part of our live broadcasts, and there will be plenty of food and drink on offer too. Come and enjoy the best World Cup fan experience in London – and enjoy a pint on us – with tickets all games on sale HERE!