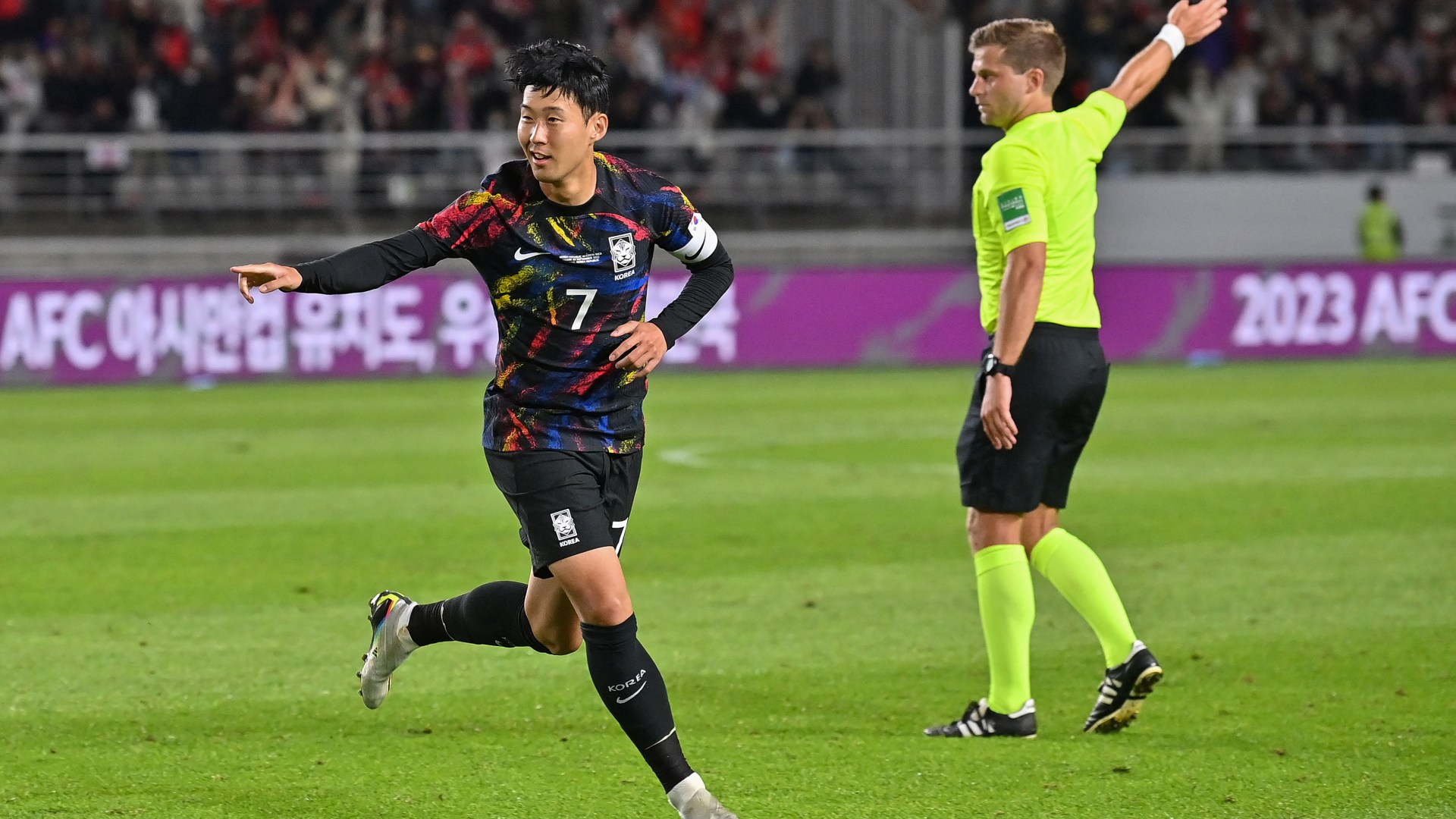 Heung-Min Son has continued his return to form by scoring a sublime free-kick for South Korea. The Tottenham star took to the field in a friendly against Costa Rica and popped up with quality effort after 85 minutes to earn a draw for his country. Son showed that he was back to his best with a stunning strike to earn a 2-2 draw for South KoreaAFP Standing over the free-kick, the 29-year-old curled the ball from 18 yards around the wall and into the top corner of the Costa Rica net. To say that the South Korean star’s season is back on track would be a huge understatement. After scoring 24 goals and grabbing 10 assists last term, Son was hoping to pick up where he left off coming into the new season. However a run of no goals and just one assist in his opening eight fixtures indicated that something may be wrong. Antonio Conte took the decision to drop the player to the bench for the Premier League clash with Leicester before the international break, a match that saw him come of the bench with 59 minutes on the clock. Making the most of his opportunity, Son bagged a stunning hat-trick against the Foxes to guide Tottenham to a 6-2 win on home soil. Son looked confident as he stood over the free-kick on the edge of the areaTwitter: @theKFA Son wrapped his foot around the effort that went flying towards the top corner of the netTwitter: @theKFA Most read in Football BLOW Toney left out of England squad for Italy match with Maguire and Bellingham to start view Claims De Bruyne could be best PL midfielder branded 'ridiculous' with Gerrard backed worldie Man United star Eriksen scores 25-yard screamer in Nations League clash PICKED Spurs and Man United snubbed as Arsenal and City dominate Team of the Season so far lifestyle Man United were so worried about Scholes' drinking they called his dad SPENDERS Ronaldo deal sees Man United set new record for highest wages in PL history With Harry Kane the go-to guy when it comes to penalties and direct free-kicks at Tottenham, Son’s stunning effort for South Korea will surely have offered food for thought for Conte. Kane’s poor set-piece taking has long come under-fire, with Eric Dier occasionally challenging the forward from range, but now more calls for the Korean to take them will arrive. After all, with Son now brimming with confidence it would take a brave person to bet against him popping another set-piece into the top corner if he was given the chance. Son was delighted to get back to his best with a hat-trick against Leicester last weekGetty Son will now be hoping that he’s given the chance to show what he can do with free-kicks more oftenGetty Watch the World Cup with talkSPORT At talkSPORT we are powered by fans, so come and join us for the ultimate World Cup fan experience this winter – at the talkSPORT Fan Zone. In a huge indoor venue under the arches at Waterloo in London, we’ll bring you live screenings of every World Cup game. There will be Q&As with talkSPORT talent, you’ll be part of our live broadcasts, and there will be plenty of food and drink on offer too. Come and enjoy the best World Cup fan experience in London – and enjoy a pint on us – with tickets for England and Wales’ group stage games on sale now HERE!

‘If the opportunity arises, I want to go’ – Brighton star Leandro Trossard opens the door to potential reunion with Graham Potter at Chelsea