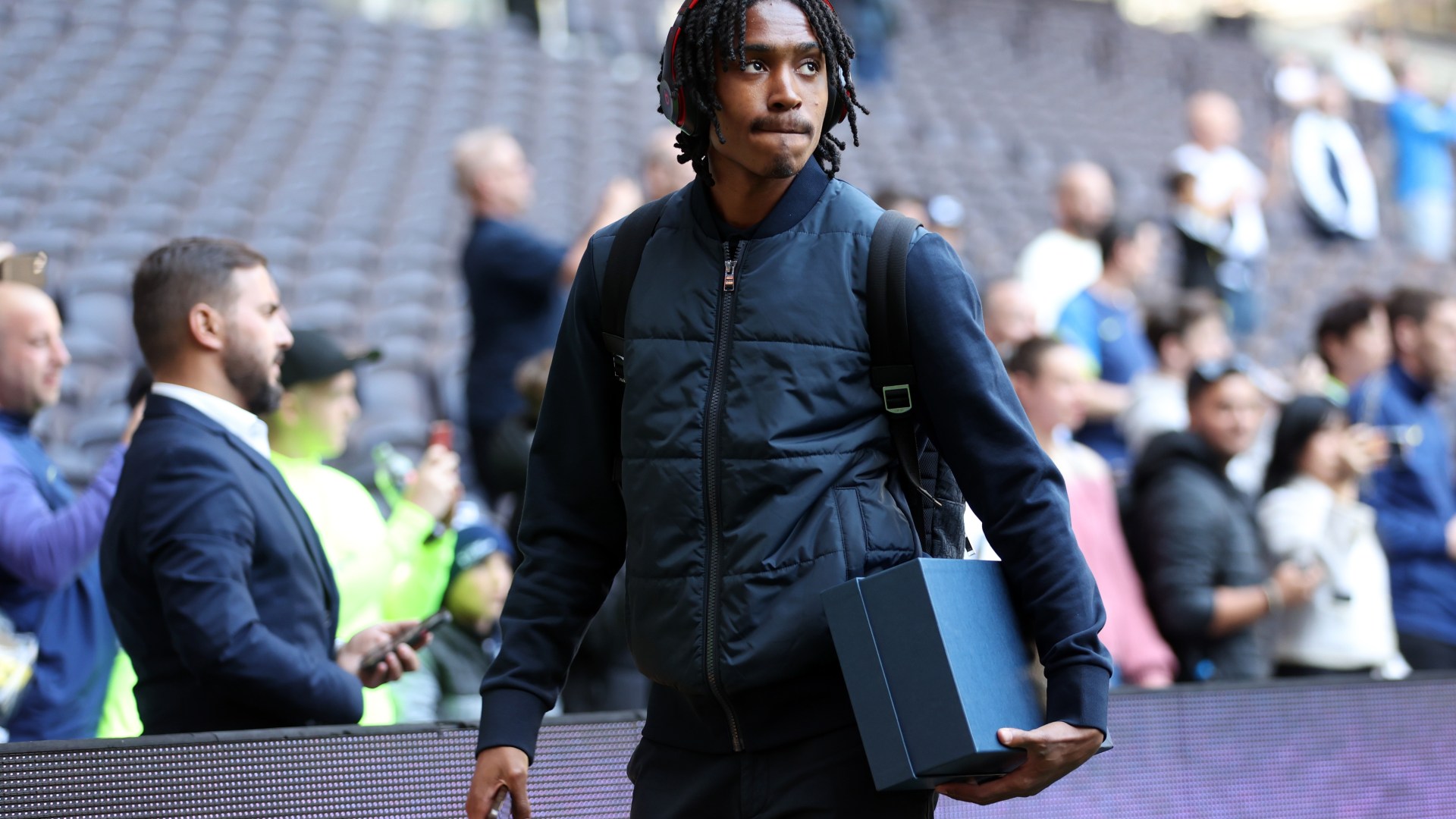 Ally McCoist believes Antonio Conte is right to be defensive over his decisions not to play Djed Spence. The 22-year-old joined Tottenham from Middlesbrough in the summe, but has endured a difficult time since arriving in north London. Spence has endured a frustrating time since arriving at SpursGetty Conte wasn’t impressed at having to defend his decisions regarding team selection Despite arriving in a deal worth up to £20million, the right wing-back has played just one minute of first team action for Spurs. Conte has previously indicated Spence arrived as a club signing, but fans are still critical of his lack of match time, particularly given the lack of form showed by Emerson Royal and Matt Doherty. With supporters feeling frustrated following the 3-1 north London derby defeat to Arsenal, Conte has sent a message to supporters about Spence’s lack of involvement, indicating he’s not doing enough to be considered. Conte was quizzed on his continued decision not to select him in his starting XI, leading the Italian boss to defend himself. He added: “The fans have to be fans. “They can think anything but I see every day the training sessions. If I don’t decide to pick a player, it’s because maybe he’s not ready. Most read in Football finally Forgotten man set for first Anfield start two seasons on from signing for Liverpool update Premier League footballer arrested on suspicion of rape has bail extended tense 'Quite insulting' - Maddison hits back at England claims in awkward chat with Neville spat Carragher calls Ferdinand a Ronaldo 'fan boy' as legends poke fun at each other ISSUE Souness fears Klopp has repeated Shankly mistake with Liverpool miles away from title DERBY NIGHT Leicester 4-0 Forest LIVE REACTION: Maddison masterclass earns Foxes first win Spence has played just one minute of first team football for Tottenham this seasonGetty Emerson Royal has attracted criticism leading to calls for Spence to be involvedAFP “We are talking about a young player with a good prospect, but I try to pick the best team. “I’m not stupid, I don’t want to lose. I try to pick the best team. If they don’t trust me then I’m the coach and I need to take the best decision for Tottenham.” McCoist has supported Conte in his comments, saying he’s right to get defensive over criticism from supporters over his team selection. Asked how you can question a manager saying a player isn’t ready, McCoist said: “You can’t. The bottom line is that Conte is doing what is best for Spurs and he obviously feels that he’s a youn player with good prospects and is not ready to pitch in a north London derby like that. “The only thing that you would say is that that position is probably up for grabs more than anywhere else in the Spurs team because Emerson Royal hasn’t really covered himself in glory and Matt Doherty hasn’t got himself back into the side. Spence will be itching for a chance to show what he did during his loan spell with Nottingham Forest last termGetty “You would think that Djed Spence would say ‘if I knuckle down and show the manager I can get in this team and be an option for him’. “He was almost getting annoyed at people judging his ability to pick a team and he’s right. “We all do it, it’s our job to do it, but do we really think that people who go to watch Tottenham and support Tottenham know better than the guy who is watching them in training day in and day out? No, not for me. “I could almost hear the frustration. That was their first defeat in the league at the weekend and I know that they we were well beaten, but I still think that there are far more positives at Tottenham moving forward than there are negatives. “They wouldn’t be my first pick to go and watch, but they’re coming along alright.” OFFER OF THE DAY Betway: £30 matched free bet if your first acca loses – CLAIM HERE New UK customers only. Min Deposit: £5. Maximum Free Bet: £30. First bet on a Football or Horse Racing multiple with 3+ selections. Overall odds: 3.00 (2/1) or higher. Free Bets available upon settlement of the qualifying bet. Debit card deposits only. Deposit method restrictions apply. This offer is valid for 7 days from your new account being registered. 18+. BeGambleAware.org. Bet The Responsible Way. Full terms apply.