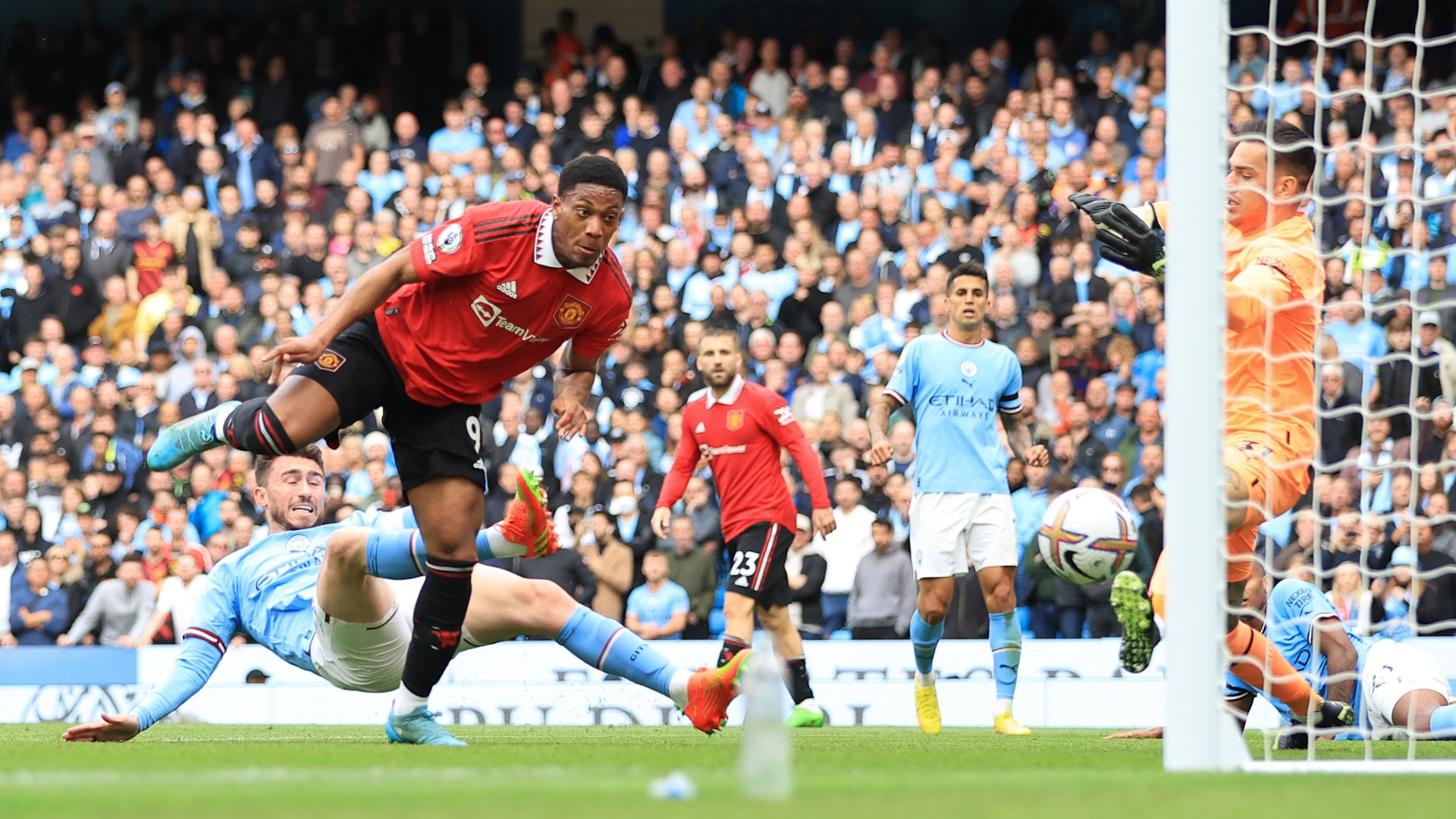 Noel Gallagher has joked that conceding three goals to Manchester United is an ’embarrassment’. The die-hard Manchester City supporter took great pride in watching his side win the Manchester derby 6-3 on Sunday, which kept their Premier League title defence on track. City enjoyed a wonderful afternoon against their fierce rivalsgetty Gallagher was delighted with his team’s win but wasn’t impressed with their defendingGetty It was a result that took Pep Guardiola’s side to within a point of table toppers Arsenal as Phil Foden and Erling Haaland scored hat-tricks. While hitting United for six is undoubtedly a big achievement, the former Oasis star believes City’s defence let themselves down in the closing stages when Anthony Martial scored twice to make it 6-3, with Antony scoring earlier. Speaking on talkSPORT Drive, Gallagher said: “I can’t believe we gave them three goal. It’s an embarrassment! “Seventy seven minutes of that game will live long in the memory and then 6-1 – how they’ve got another two goals, [City] have had a shocker.” Haaland’s display drew comparisons from Gallagher to City legend Sergio Aguero following his own fast start to life at the club. He said: “I always think that your debut is a good snapshot of how your career is going to go at a club. Most read in Football update Premier League footballer arrested on suspicion of rape has bail extended at source Haaland form 'scarcely believable' and can only be stopped in one way - Gallagher spat Carragher calls Ferdinand a Ronaldo 'fan boy' as legends poke fun at each other finally Forgotten man set for first Anfield start two seasons on from signing for Liverpool ISSUE Souness fears Klopp has repeated Shankly mistake with Liverpool miles away from title DERBY NIGHT Leicester 4-0 Forest LIVE REACTION: Maddison masterclass earns Foxes first win Gallagher compared Haaland to Aguero after his stunning start to life at CityGetty “When Sergio came in and he scored two goals everyone was like ‘this guy is the real deal’, but it was a completely different team. “Haaland, if he stays fit, is still in the settling-in period according to the experts at your radio stations, so in six weeks it’ll be good that the World Cup comes along for everybody else! “This guy has done it already all over Europe and in the Bundesliga but you just can’t see him going three games without scoring, you can’t see it.”