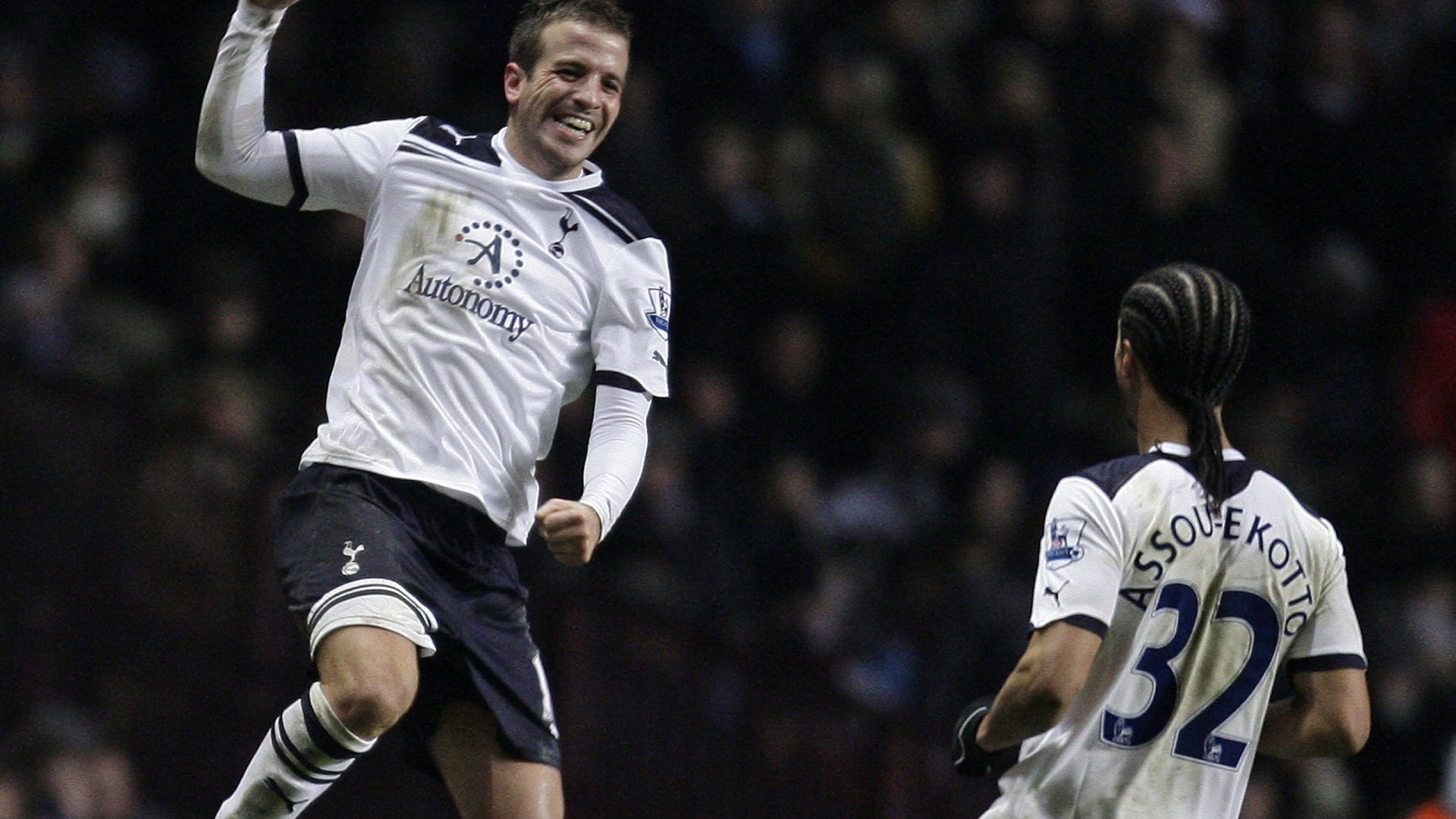 Jermaine Jenas has told how a cheeky on-field moment featuring Rafael van der Vaart and Benoit Assou-Ekotto led to them fighting naked in the showers. Yes, you read that right. Van der Vaart made 77 appearances for Tottenham during an impressive spellgetty However it was a bust-up between the Dutchman and Assou-Ekotto that sticks in Jenas’s memory Former midfielder Jenas played for Tottenham between 2005 and 2013 where he featured alongside the duo, and a host of other stellar stars in north London. Van der Vaart and Assou-Ekotto are known as two of the bigger characters Spurs had in their ranks during the noughties, with both mavericks and entertainers with the ball. It’s perhaps no surprise, then, to learn that their personalities sometimes clashed, and on one occasion an on-field incident led to a somewhat bizarre altercation behind-the-scenes. Jenas told William Hill’s Stripped Podcast: “There was a moment at Tottenham when Benoit Assou-Ekotto and Rafael van der Vaart both wanted to take a free-kick. “Rafa wanted to take the free-kick, but Benoit wasn’t having any of it and so when Benoit was ready to take it, Rafa just came up and took it on the sly! “We get in, everyone is getting changed and then suddenly I hear this commotion in the showers. Most read in Football BLOW Toney left out of England squad for Italy match with Maguire and Bellingham to start view Claims De Bruyne could be best PL midfielder branded 'ridiculous' with Gerrard backed worldie Man United star Eriksen scores 25-yard screamer in Nations League clash PICKED Spurs and Man United snubbed as Arsenal and City dominate Team of the Season so far lifestyle Man United were so worried about Scholes' drinking they called his dad SPENDERS Ronaldo deal sees Man United set new record for highest wages in PL history Assou-Ekotto was embroiled in a naked scrap with Van der Vaart, according to Jenas “It’s Rafa and Benoit going at it, naked! “It got stopped pretty much immediately but it just shows that these things happen a lot, just not on the pitch.” Assou-Ekotto recalled the same bust-up in an interview earlier this year, but decided to leave out one key detail… “We actually had a fight in the dressing room once about free-kicks,” Assou-Ekotto said. “He had an expectation about that, and after that we became even more close. “On the Sunday I had the fight with him, then a few days later he gives me the ball and I score against Everton. He was happy and we were close.” Van der Vaart took Spurs up another level but Assou-Ekotto revealed they once came to blows in the dressing roomAFP While Jenas went on to make 202 appearances for Tottenham, the Smart car-driving and proud Oyster Card-owning Assou-Ekotto made more appearances for the club, having played 205 times for the north London side between 2006 and 2013. As for Van der Vaart, the Dutch star made 77 appearances, scoring 28 goals and racking up 18 assists before leaving to join Hamburg in 2013. It appears there might have been something in the water at Spurs at the time, as it’s not the first we’ve heard of in-fighting between their stars. There was the time Robbie Keane floored Edgar Davids with a big right hand – “He just went, bang – one punch. Gone.” – during training. And Jamie O’Hara once told talkSPORT about when he was slapped right across the face in front of the entire team by on-loan Inter Milan ace Stephane Dalmat. I think we can all be quite sure that none of this nonsense happens on Antonio Conte’s watch… Watch the World Cup with talkSPORT At talkSPORT we are powered by fans, so come and join us for the ultimate World Cup fan experience this winter – at the talkSPORT Fan Zone. In a huge indoor venue under the arches at Waterloo in London, we’ll bring you live screenings of every World Cup game. There will be Q&As with talkSPORT talent, you’ll be part of our live broadcasts, and there will be plenty of food and drink on offer too. Come and enjoy the best World Cup fan experience in London – and enjoy a pint on us – with tickets for England and Wales’ group stage games on sale now HERE!

‘If the opportunity arises, I want to go’ – Brighton star Leandro Trossard opens the door to potential reunion with Graham Potter at Chelsea