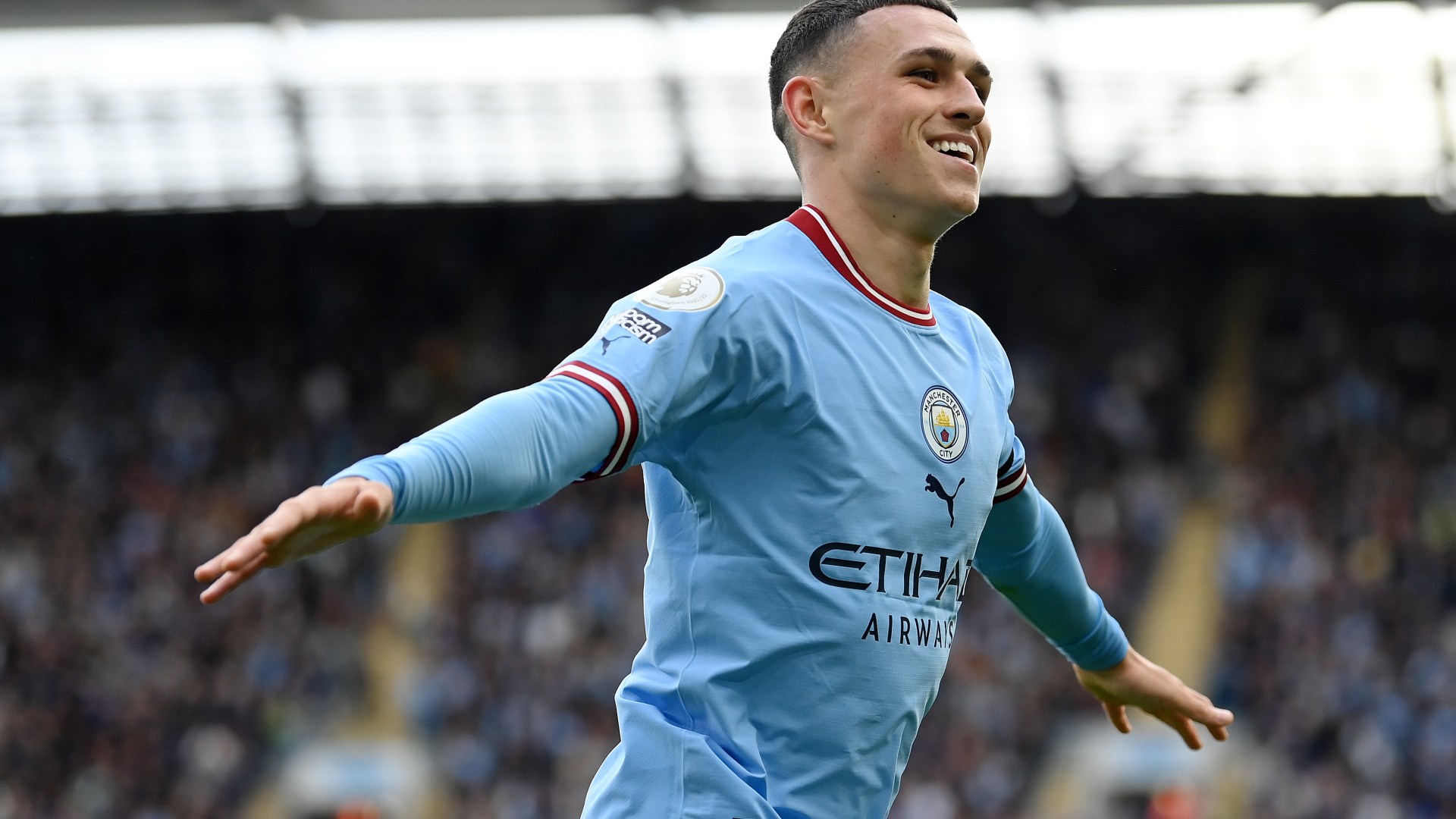 Pep Guardiola has agreed with Kevin De Bruyne’s claim that Phil Foden will eventually become a central midfielder. The Spaniard says there’s certain elements of his game the 22-year-old must work on before he can slot into that role, though – but he has ‘no doubt’ the star will be able to rise to the challenge. Foden shone on the wing for City in the Manchester derbygetty But Guardiola believes his forward is versatile enough to play in other positions – including left-backGetty Foden was the star of the show alongside Erling Haaland in the Manchester derby on Saturday, with both stars scoring a hat-trick. But despite shining on the wing against City’s rivals, Foden’s teammate De Bruyne said he could see him taking his role in central midfield – the role Foden played in City’s academy – later in his career. “He can play in a lot of different positions,” he said after the 6-3 win over Man United. “I think eventually he will end up playing centrally in my opinion. “But in this moment in time it is maybe a little bit better for him on the wing to have more freedom and fewer instructions so he flows into the game. “I eventually see him playing more centrally when he gets older and gets more stamina. It’s all about little details to just find more consistency in the performances.” It turns out this is a vision Guardiola shares, with the Spaniard suggesting the England international could even have a role in his back line if necessary, showing just how versatile he thinks he can be. Most read in Football tirade Man City staff 'overheard' furious half-time rant led by two Man United stars finally Forgotten man set for first Anfield start two seasons on from signing for Liverpool update Premier League footballer arrested on suspicion of rape has bail extended at source Haaland form 'scarcely believable' and can only be stopped in one way - Gallagher tense 'Quite insulting' - Maddison hits back at England claims in awkward chat with Neville spat Carragher calls Ferdinand a Ronaldo 'fan boy' as legends poke fun at each other De Bruyne thinks Foden can take his spot one dayGetty But he agreed with De Bruyne that Foden will ultimately end up having a more central role. “Yeah, absolutely, I agree with Kevin, he hasn’t played that many times [there],” the City boss said in his press conference before his side’s Champions League match against Copenhagen. “Phil can play in five positions. I would say he can even play as a left-back. He played a few minutes there at home and he played really well.” Given how long Foden has been on the scene since 2017, it’s easy to forget the Stockport-born star is only 22. Foden has played almost exclusively on the wing during his time with the first team at City, but Guardiola thinks one day he’ll be playing a more central roleGetty Despite already winning four Premier League titles, four League Cups and one FA Cup, as well as winning the PFA’s Young Player of the Year award this year, this is just the start of Foden’s career. And Guardiola explained how his star can grow into that central midfield role that he believes he’s destined for later on in his career. “To play in the middle he might have to play a little more attention and in some aspects he still has to grow. He still has room for his natural, unbelievable instinct to play football,” the former defensive midfielder said. “When you play in the middle you have to pay attention to what’s around you and close to you. From the side it’s easier, in the middle you have many things happen there. “I wouldn’t say with the ball, it’s without the ball. In this he needs to improve, Phil, but it’s normal at his age, and with his desire to learn he will do it, there’s no doubt.”