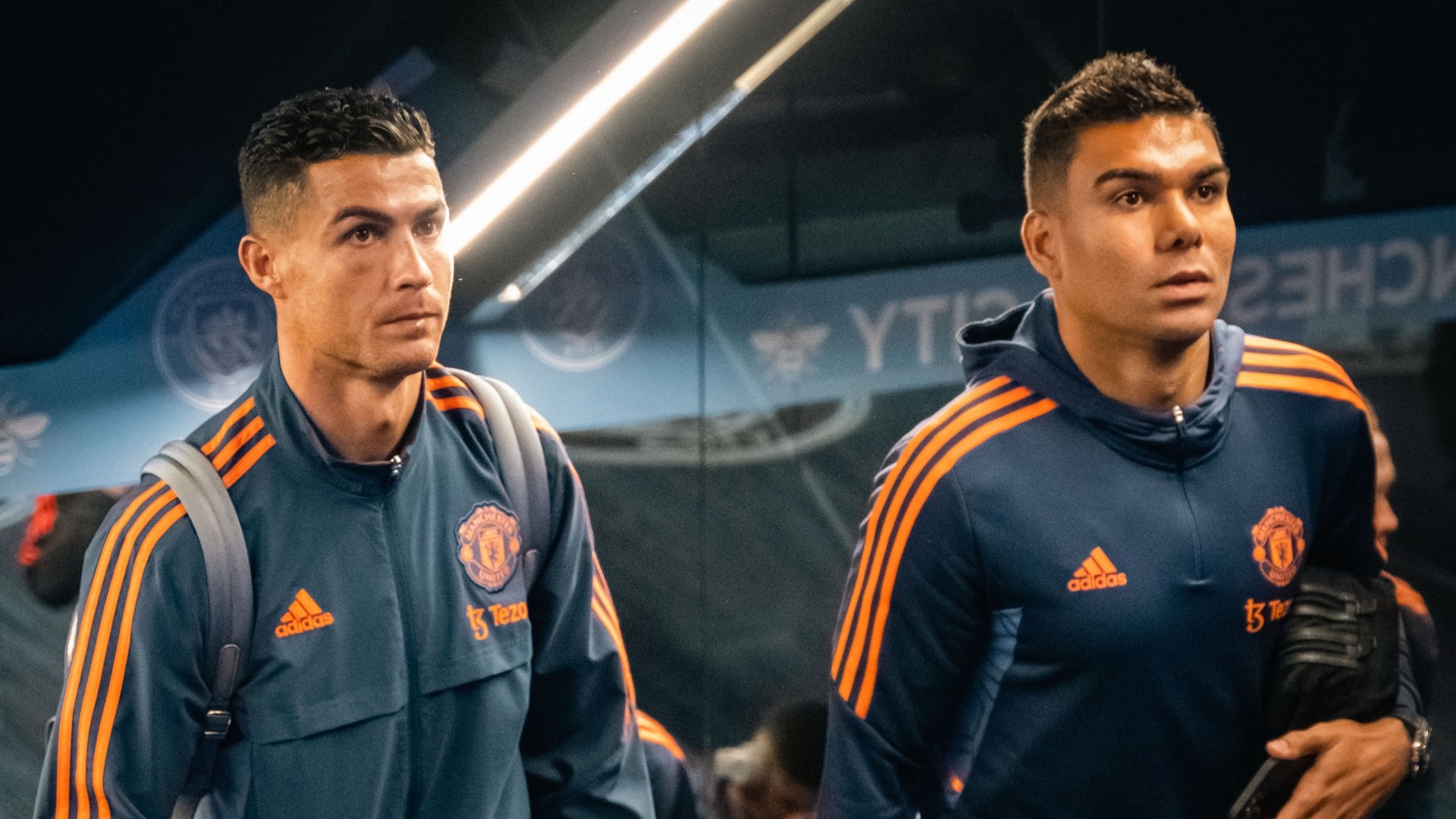 Manchester United legend Rio Ferdinand says Casemiro will feel ‘disrespected’ after the Manchester derby, just like Cristiano Ronaldo. Erik ten Hag tried to justify his decision to leave the Brazilian on the bench, just like he did with his centre-forward. Casemiro played 48 games for La Liga champions Real Madrid last season, but hasn’t been given a real chance in the Premier LeagueGetty United capitulated against rivals Man City on Sunday, losing 6-3 in a dismal display. Antony and Anthony Martial’s second-half efforts made the scoreline appear more palatable after Phil Foden and Erling Haaland hit hat-tricks. Man United fell apart in the first half at the Etihad on Sunday, going four goals down after just 43 minutes, as defensive midfielder Casemiro watched on from the bench. He did get on the pitch for a 30 minute cameo, whereas Ronaldo sat out the whole match. Since signing from Real Madrid for £60m plus add-ons this summer, the Brazilian has started just once for his new side, in the Europa League against Real Sociedad. Speaking after Man United’s derby day humiliation, Ferdinand explained he was confused why Ten Hag has refused to give Casemiro a proper chance, given he could have stopped his side leaking so many goals against their rivals. “The geezer hasn’t been given a chance, he hasn’t been given a fair crack of the whip,” he told his Vibe with Five show, “He’s come in and played in a Europa League game against some dead team. “He ain’t been given a start in the team when he’s fit and ready, he’s regressed in terms of fitness, so he’s now worse off than when he came.” Most read in Football heated Keane and Richards clash in fiery debate about Ronaldo after derby snub RATTLED O'Hara stands by 'Spurs are back' and 'Conte has Arteta's number' claims gone Middlesbrough sack Wilder after rift with owner and with club in bottom-three WOW Stunning stats show just how how much of a star Haaland is as he smashes Ronaldo record HUMBLED Keane says Man United should be 'embarrassed' by defeat to one of 'best ever' City shared Foden and Haaland get a match ball apiece after Gundogan makes sure both get praise Eriksen and McTominay formed Man United’s midfield instead for a majority of the tieGetty But Ferdinand believes Casemiro should’ve had the opportunity from the startGetty “He still had to get up to speed when he came from that league to this league,” he added. “I wonder the impact it’s having on someone like him. Yes he’s experienced and whatnot, but he must be sitting there thinking, ‘wow, I’m happy to be here at Man United but I’m feeling a little bit disrespected here, given what I’ve done’. “I’d be surprised if he’s not feeling like that. He’s sitting there going, ‘I’ve won five Champions Leagues with this team [Real Madrid]’.” In response to leaving Casemiro on the bench until the 59th minute, Ten Hag justified decision, saying: “On the day we signed him, we started to win and it’s about the team. Casemiro and Ronaldo appear to be in the same boatGetty “The team is doing really well, it’s not against Casemiro, it’s for, in this case, Scott McTominay, he performed great in the team and then we get into a run. “But I’m sure it will be important for us in the long and short-term, he will find himself in the team but it has to come in a natural way.” The term ‘disrespect’ seems to be the buzz word coming out of the Manchester derby. Cristiano Ronaldo was also started on the bench in the game against Man City, with Ten Hag explaining it was ‘out of respect for Cristiano’s career’ – much to the dismay of Premier League legends Roy Keane and Graeme Souness. Ronaldo sat on the bench for the full 90 minutesGetty And Ferdinand believes Casemiro is in the same boat as his former teammate, and the Red Devils manager will have a task on his hands trying to keep the peace between him and the stars. “I think we will [see Ronaldo and Casemiro play],” Ferdinand continued. “But I think it’s the context of what games they’re playing in – they could be playing midweek Europa game. That won’t sit well with them. “These are the sub-plots to what Ten Hag has to deal with. This is what management is about, he’s got to manage that type of player, that type of ego, the pride that comes with these types of players. “If you’re not playing, you’ll see a difference in the way they look at you now, and that’s what you’ve got to manage.”