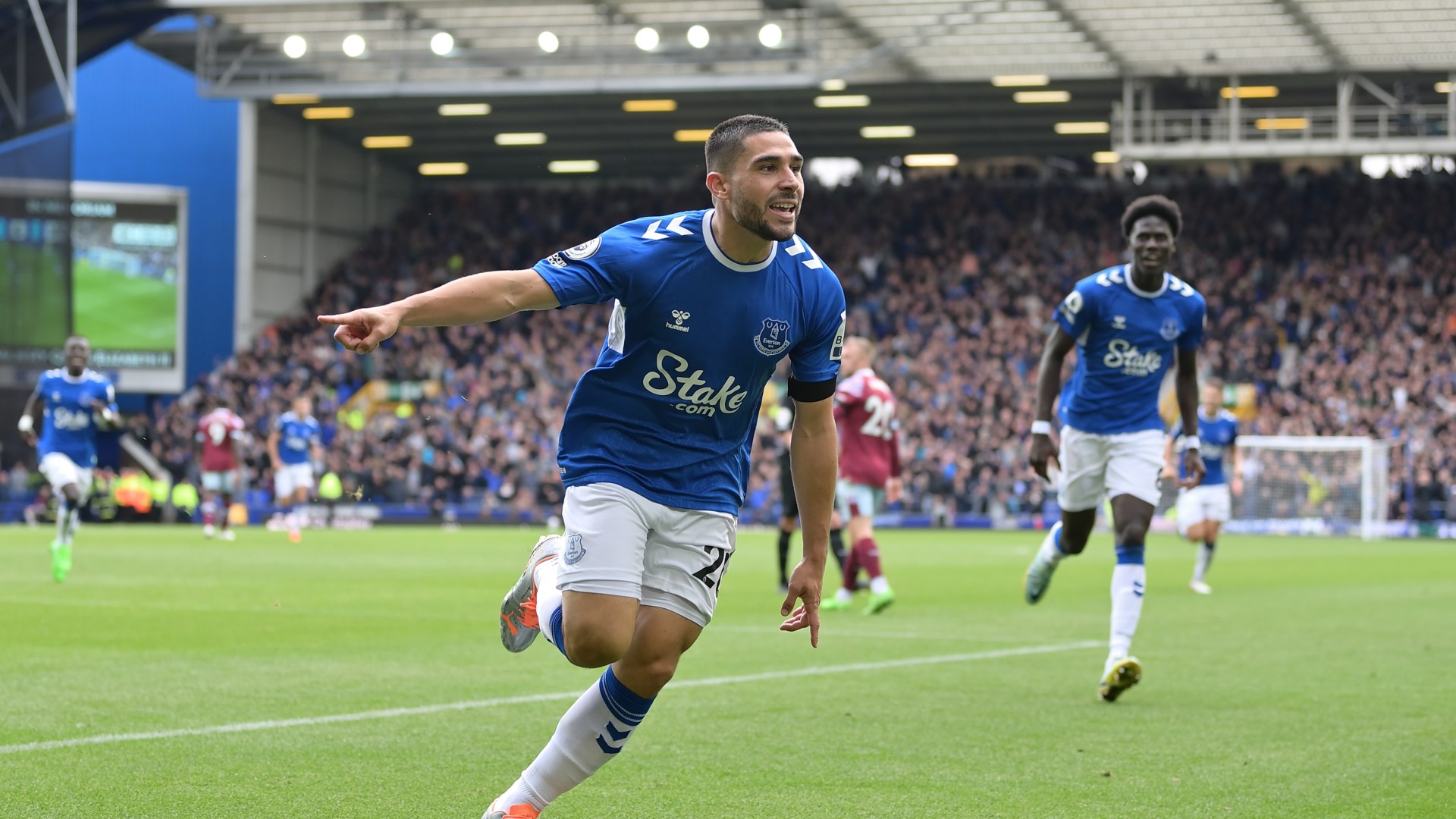 Neal Maupay got Everton’s season up and running with a stunning effort to secure a crucial 1-0 victory over West Ham. The striker, who arrived over the summer from Brighton, netted his first since joining the club as the Toffees secured their first league win of 2022/23. Maupay was clearly delighted to open his Everton account in front of the Gwladys Street EndGetty It was an effort that meant a lot to the Toffees as it ended their winless start to the seasonGetty Picking up the ball from Alex Iwobi on the edge of the area, the 26-year-old showed his agility by turning in a tight space, before hitting the ball low and hard past Lukasz Fabianski in the West Ham goal. After making his debut in the 0-0 draw against Liverpool, Maupay will be have been delighted to open his account in front of the Gwladys Street End. It was a moment that came out of nowhere following a fairly lacklustre first half. West Ham strived to get back into the match, but created precious little for long spells, at least that was the case until 15 minutes from time. Said Benrahma, who has showed his quality in fits and starts for the Hammers, whipped a fierce effort towards Asmir Begovic’s goal but the swerving effort bounced off the inside of the post and rolled out of play. Maxwel Cornet also stung the palms of Begovic as the Hammers searched for a way back into the game, but it wasn’t to be as Moyes’ side go into the international break sitting third from bottom in the Premier League with just four points from seven games. Most read in Football unbelievable 'You're not a fraud' - Kamara thanks Boro fans who unveiled classy banner OOPS Rice corrects Lampard and Moyes as they lead wrong teams out at Goodison Park LIVE Brentford 0-3 Arsenal LIVE reaction: Vieira scores pick of the goals as Gunners win class Arsenal leapfrog Man City in 'totally dominant' win but doubts over title credentials TREBLE Dier reveals what Spurs stars said to Son in the changing room after hat-trick starlet Arsenal wonderkid smashes Premier League record once held by Liverpool starlet Benrahma came agonisingly close to levelling the match with a curling effort from the edge of the areaGetty However, the day belonged to Maupay and Everton with the French striker getting a standing ovation from the Goodison crowd as his strike sends the Toffees up to 13th in the table.