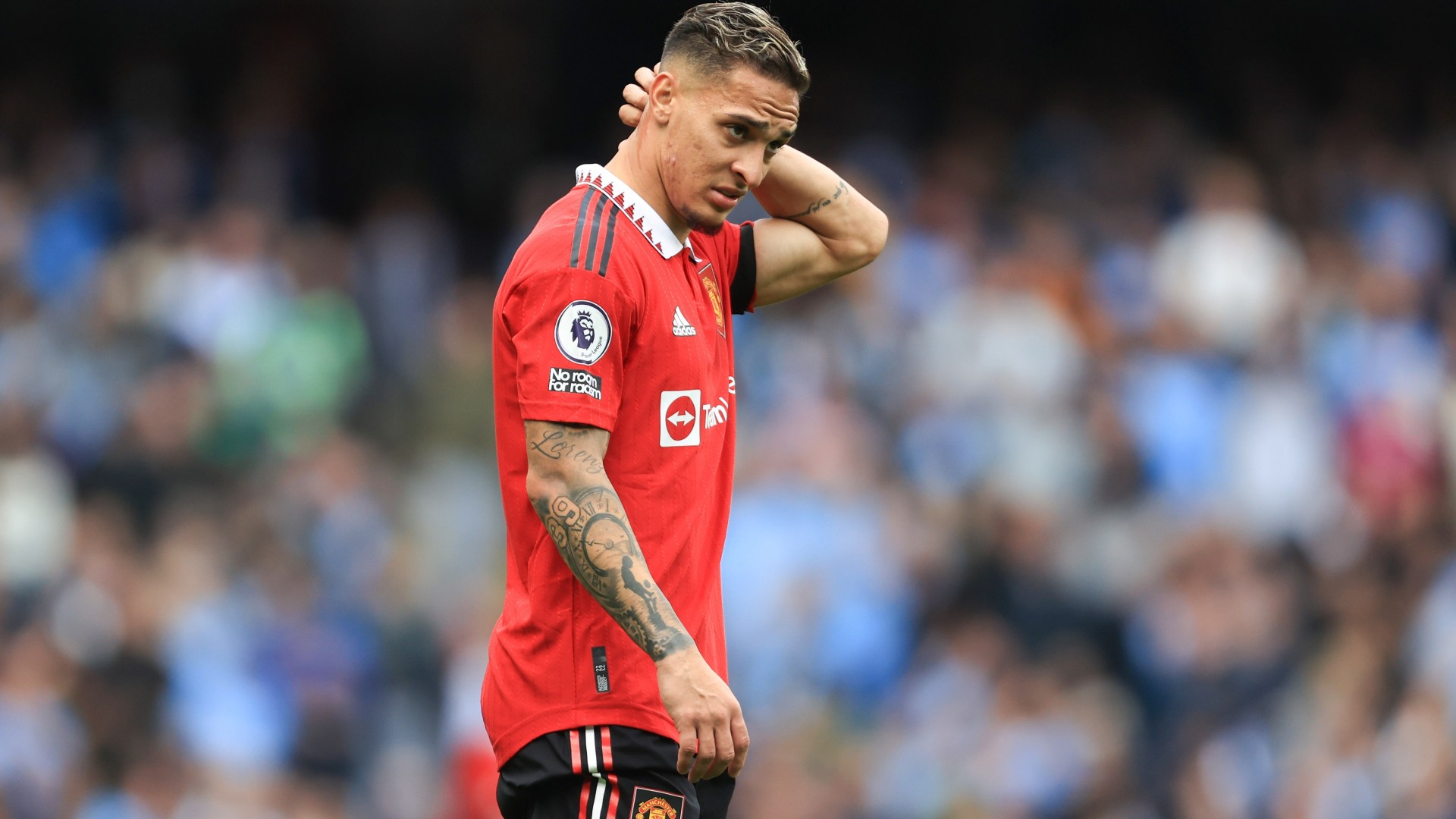 Rafael van der Vaart has hit out at Antony’s display in the Manchester derby, saying that his performance ‘would annoy the hell out of him’. The Brazilian star completed an £84million move to Manchester United during the summer transfer window and has certainly made a positive impact having scored a debut goal against Arsenal. Antony got on the scoresheet during United’s defeat to City on Sunday, but was criticised for his all-round displayGetty It was an afternoon that certainly belonged to Erling Haaland and Phil Foden Antony also found the back of the net in spectacular fashion over the weekend, firing a left-footed effort from range past Ederson and into the back of Manchester City’s net. Unfortunately for Erik ten Hag’s side, that strike came with the Red Devils already 4-0 down at the Etihad Stadium. That was following an emphatic first half display from City in which Phil Foden and Erling Haaland bagged a brace each. While Antony struck and Anthony Martial bagged a late brace, hat-tricks from Foden and Haaland were enough to see City to an emphatic 6-3 victory over their rivals. Ex-Tottenham star Van der Vaart has seen plenty of Antony during his time with Dutch giants Ajax, but insisted that he would be frustrated as one of the forward’s teammates due to his habit of holding onto the ball for too long. Speaking on Dutch TV station NOS, Van der Vaart said: “Have you seen Antony play today? He scored a world-class goal. Most read in Football ISSUE Souness fears Klopp has repeated Shankly mistake with Liverpool miles away from title tirade Man City staff 'overheard' furious half-time rant led by two Man United stars finally Forgotten man set for first Anfield start two seasons on from signing for Liverpool update Premier League footballer arrested on suspicion of rape has bail extended at source Haaland form 'scarcely believable' and can only be stopped in one way - Gallagher tense 'Quite insulting' - Maddison hits back at England claims in awkward chat with Neville It was a largely frustrating afternoon for Antony and his Man United teammatesGetty “But with every pass he received he kept holding the ball underneath his feet while being 4-0 down. “That would annoy the hell out of me.” OFFER OF THE DAY NEW CUSTOMER OFFER Back this treble with Betway and get your money back (up to £30) if it loses – CLAIM HERE Tottenham to beat E. Frankfurt Ajax to beat Napoli Barcelona to beat Inter Milan A £30 bet at 7/1 returns £240 or get your money back as a free bet! T&Cs: New UK customers only. Min Deposit: £5. Maximum Free Bet: £30. First bet on a Football or Horse Racing multiple with 3+ selections. Overall odds: 3.00 (2/1) or higher. Free Bets available upon settlement of the qualifying bet. Debit card deposits only. Deposit method restrictions apply. This offer is valid for 7 days from your new account being registered. 18+. BeGambleAware.org. Bet The Responsible Way. Full terms apply.