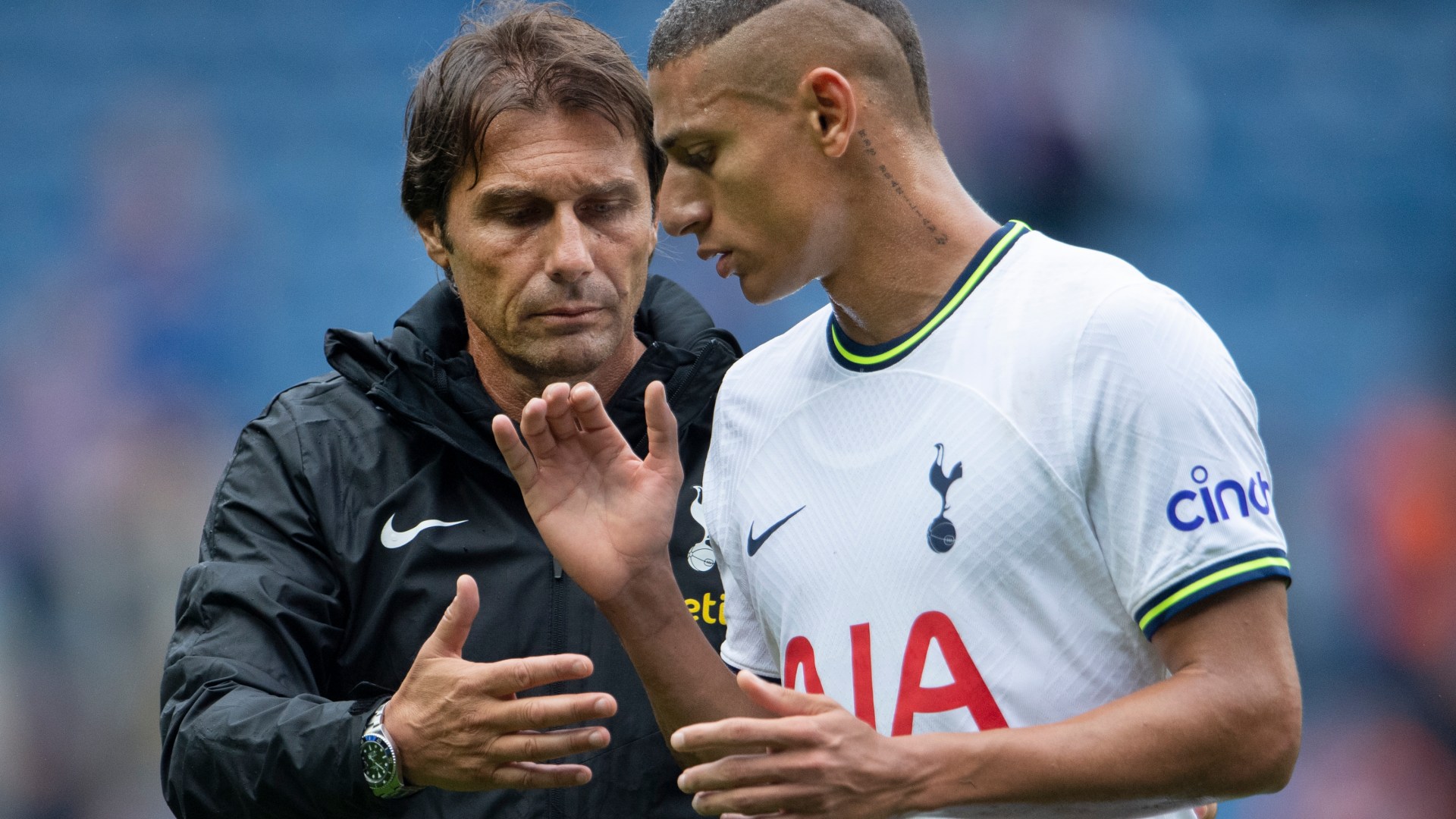 Antonio Conte has called for the spectator who threw a banana at Richarlison to be banned for life. The racist incident happened during Brazil’s 5-1 victory over Tunisia on Tuesday night when the Tottenham striker put his country ahead after 19 minutes of the game. Richarlison was on the receiving end of racist abuse in the clash with TunisiaAFP Richarlison had a banana narrowly miss him after he scored for BrazilTwitter Running towards the corner flag at the Parc des Princes in Paris, a supporter threw a banana onto the pitch which landed near the feet of the 25-year-old star, before Manchester United star Fred kicked it off the pitch. Richarlison took to Twitter after the game, saying: “As long as it’s ‘blah blah blah’ and they don’t punish, it will continue like this, happening every day and everywhere. No time, bro!” Speaking to the media after the game, the 25-year-old added: “I was talking about this with [Roberto] Firmino, saying that I think God did not allow me to see that because I don’t know what I could have done in the heat of the moment. “May this fan be identified and punished. It’s hard, you see what happened to Vinicius Jr recently and now this, inside a stadium. “May the authorities find and punish him. May this incident teach other people not to do it.” But he wasn’t the only one outraged by the incident, with Spurs coach Conte urging the authorities to act. Most read in Football quit Alexander-Arnold told to retire from England duty after Southgate's Trippier 'insult' options Silva and Mount dropped as starlet gets chance: Potter's first league XI at Chelsea blow Conte reveals Spurs injury update ahead of north London derby with fears over key man act Fictional AFC Richmond striker ranked higher than Arsenal star Jesus on FIFA 23 ratings statement Denmark's World Cup kits revealed as Hummel announce 'protest against Qatar' expand Arsenal and Liverpool owners join Chelsea in plans to become 'multi-club networks' Conte condemned the abuse and urged the authorities to ban the fan for lifeGetty Brazil leading 4-1 against Tunisia in France. Richarlison scored one of those and a banana was thrown at him…pic.twitter.com/fVpw6O06My— Gary Al-Smith (@garyalsmith) September 27, 2022 Speaking at a press conference ahead of Tottenham’s clash at Arsenal, Conte said: “Richy played with the national team, scored a goal and then what happened is incredible because in 2022 to be witnessing this type of situation is embarrassing for everybody. “For sure I hope this person can be banned from football for the rest of their life but then it is a situation that is very disappointing to make a comment about this. “I want to take the best part of the game from Richy and he scored two goals, three goals and he enjoyed to play with Brazil.” Watch the World Cup with talkSPORT At talkSPORT we are powered by fans, so come and join us for the ultimate World Cup fan experience this winter – at the talkSPORT Fan Zone. In a huge indoor venue under the arches at Waterloo in London, we’ll bring you live screenings of every World Cup game. There will be Q&As with talkSPORT talent, you’ll be part of our live broadcasts, and there will be plenty of food and drink on offer too. Come and enjoy the best World Cup fan experience in London – and enjoy a pint on us – with tickets for England and Wales’ group stage games on sale now HERE!