Why does Tariq Lamptey play international football for Ghana and not England? Brighton star set to feature in Qatar World Cup 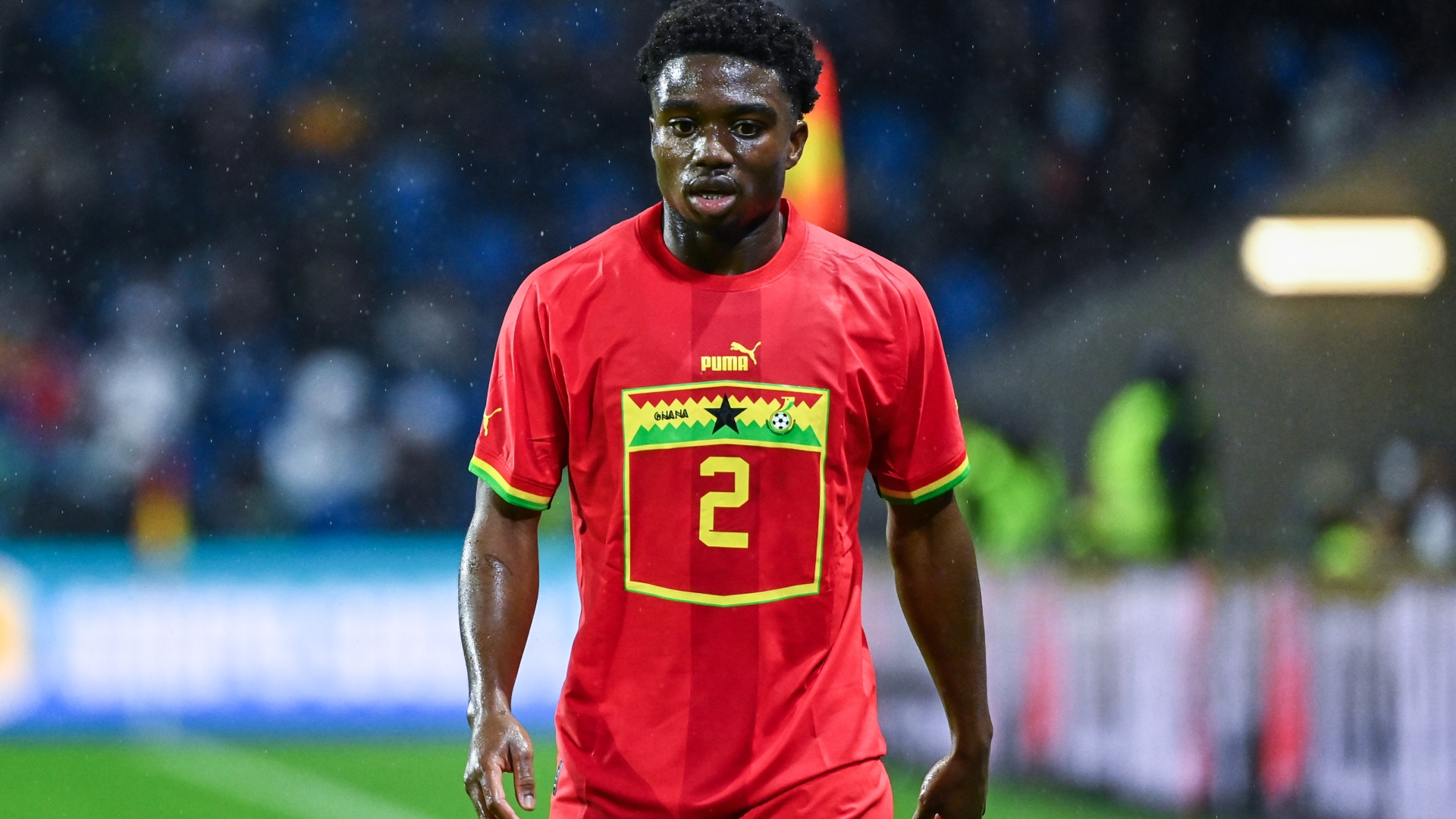 Ghana are one of the 32 nations that have qualified for the 2022 World Cup, and were boosted earlier this year by Tariq Lamptey’s decision to represent them on the international stage. Brighton ace Lamptey was born in London and represented England from Under-18 to Under-21 level but has decided to switch. Lamptey is set to feature at the World Cup for the Black StarsGetty And he is on the bench for their first game against Portugal, which is live on talkSPORT. Why does Tariq Lamptey play for Ghana? The Brighton wing-back was born in London and progressed through the Chelsea academy from a young age. He first came to England’s attention while still with the Blues, and the FA moved quickly to get him into the international set-up. The 22-year-old made 20 appearances for England’s various youth sides, and after his move to Brighton, it looked like it would be a matter of time before a senior call-up. During the 2020/21 season, Lamptey burst onto the scene with his rapid pace and a keen eye for a cross. England have plenty of players in his position, but Lamptey was a special talent heading straight for the top. Unfortunately, a hamstring injury that season limited the defender to just 11 Premier League appearances. Lamptey was one of the best attacking wing-backs in the league for a brief momentGetty Images - Getty Most read in Football road England's possible route to Qatar 2022 World Cup final with dates and times confirmed GER MAN Michael Beale: QPR expecting manager to become new Rangers boss News Fight Ramsdale labels Ferrell 'w**ker man' in hilarious 'feud' ahead of England vs USA popular Beckham open to Man United takeover involvement after Glazers put club up for sale strange Rudiger slammed for 'mocking' Japan star Asano before Germany go on to lose DEBATE 'You treat world class players differently' - Keane and Wright clash over Ronaldo That injury held Lamptey back and even saw him miss the start of last season before he was then mainly used off the bench by Graham Potter. However, England were still keen to secure his international future, but the player qualified to play for Ghana through his father, Ahmed. The Ghanaian FA also brought former Brighton boss Chris Hughton into the fold as they looked to convince Lamptey to make the switch. The speculation around the 22-year-old increased when he asked the Under-21s not to call him up for the European Championship qualifiers in June. The Brighton man wanted to focus on deciding his international future and flew to Ghana in May, where he supposedly met with coaches and officials. However, he claimed he was simply having a holiday and visiting friends and family: “I just came back for a holiday. “I came to get some rest, some sun – I’ve come to see some family and friends that I have not seen for a while.” Lamptey looked as if he would have a long international career with EnglandGetty But just two months later, the switch was announced, and Lamptey had decided to represent Ghana on the international stage, not England. There are likely to be many reasons why he decided against the Three Lions, but one of them must be the promise of first-team football. Lamptey, despite struggling to get back to his best, is still only young and should have a long international career. In September, he was called up for the first time and made his debut against Brazil in a 3-0 defeat. But he played 80 minutes in a 2-0 win over Switzerland and looks set for a key role with the Black Stars. England aren’t short of right-backs, but they might regret losing Lamptey to Ghana in the coming years. Watch the World Cup with talkSPORT At talkSPORT we are powered by fans, so come and join us for the ultimate World Cup fan experience this winter – at the talkSPORT Fan Zone. In a huge indoor venue under the arches at Waterloo in London, we’ll bring you live screenings of every World Cup game. There will be Q&As with talkSPORT talent, you’ll be part of our live broadcasts, and there will be plenty of food and drink on offer too. Come and enjoy the best World Cup fan experience in London – and enjoy a pint on us – with tickets all games on sale HERE!