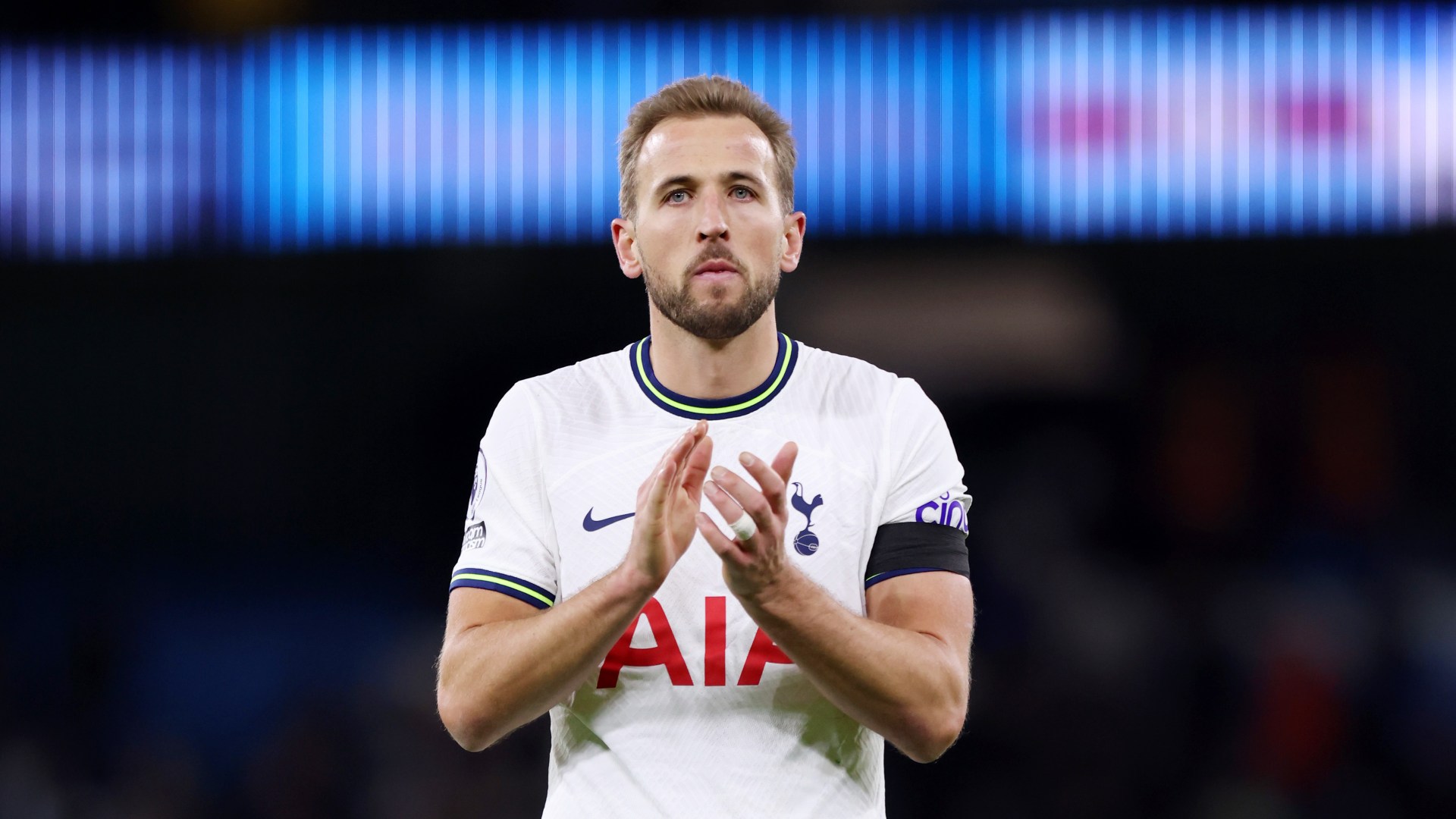 Harry Kane has revealed he expects to sit down with Tottenham and discuss a new contract in ‘the coming months’. However, the striker – who has equalled the great Jimmy Greaves’ club goalscoring record – stopped short of promising that he’ll agree a new deal before the end of the season. Kane is one more goal away from making history at Tottenham, but his long-term future at his boyhood club is uncertaingetty Kane’s clinical long-range strike earned Spurs a 1-0 victory at Fulham on Monday night and saw him reach Greaves’ long-standing record of 266 Tottenham goals and go one more goal away from becoming the club’s all-time top scorer. The 29-year-old has 18 months left on his current contract and Spurs will not want to allow him enter the final year of his deal amid speculation he could be set to leave. Manchester United have been linked as a possible destination, with suggestions Kane could decide to leave his boyhood club on a high in the summer as their record goalscorer, to seek the trophies his career surely deserves. However, with the speculation over his future has also come reports that he is open to open talks over a contract extension to keep him at the Tottenham Hotspur Stadium and cement his legacy as one of the club’s greatest ever players. Kane has now spoken out about those claims, with the striker insisting he still wants to lift a trophy in a Spurs shirt and that the team has not written off this season just yet. Speaking after the victory over Fulham that lifted them to within three points of the top-four, Kane told the Evening Standard: “There’s not been much talk if I’m totally honest. Kane insists the season is not over for Spurs and has spoken out about his futureGetty Most read in Football Man United duo to leave this summer, Chelsea eye Fernandez and Gordon, Bielsa to Everton Maguire and McTominay allowed to leave, Wolves prepare for departures, Vieira transfer row 'All tricks and no substance' - Man United appear to have bought an £85m YouTube player UEFA set to introduce five-year FFP limit amid Chelsea's long-term player deals Arsenal complete £22m signing, Rice favours Gunners and Arteta wants Spanish wonderkid Ings faces weeks out after suffering injury on West Ham debut following £15m transfer “I’m sure they’ll be conversations over the coming months but, to be honest, I’m just focused on this season and doing my best for the team.  “There’s still a lot to play for, trying to get in the Champions League, we have the FA Cup and the Champions League still to try to win. My focus is on that. “I know there’s going to be rumours, a lot of talk and speculation about my future but I’m just focused on what I can do. “Of course I still want to win trophies for Tottenham Hotspur. That’s been my goal since I started playing first-team football with them. It hasn’t happened. I’ve been open about [how I feel about] that but I’ll continue to try to achieve that.  “We have a really good squad, a fantastic manager and there’s no reason why we still can’t be successful this season. We’ve just got to put everything we can into it and see where we are come May. Kane insists Spurs still have a lot to achieve this season under ConteGetty “There’s still a lot of games to play in the Premier League, we have an important FA Cup game at the weekend [at Preston] and the Champions League starts again in February. “In football, things can turn around really quick and all of sudden you can be right in amongst two competitions and fighting for Champions League spots. “Look at where we were last year and we managed to get in the Champions League. Anything’s possible still. Nights like last night will definitely help but it’s about how we build on this now, and that starts with the FA Cup at the weekend.” Boss Antonio Conte also spoke out about Kane’s future at the club after the game, and promised that he wants to help the striker win trophies at Tottenham after his personal goal landmark. “For sure, I would like to help him and me – also his team-mates – to try to do something important: to win something with Tottenham,” said the Italian, whose future at the club is also uncertain. Conte wants to help deliver titles to Tottenham and for club icon KaneGetty “Tottenham is in his heart and it should be good if together we were able to win something. “It is important to have this record, but I think it could be more important if you win a trophy.” Conte once again declared that he is ‘proud’ and ‘happy’ to be Tottenham manager after the Fulham win, but the Italian has stopped short of committing his future to the Premier League side. But it is clear Kane wants the six-time league title winning manager to stick around. “I’m not going talk about the manager’s future, that’s down to him,” added the England captain. “I’m sure he’ll have conversations with the club and assess where we are as a team. He’s had a lot going on, on and off the pitch, so he probably needs time to assess it all. “From my point of view, I really enjoy working with him and it would be fantastic if he did stay.” Keep up to date with all the latest news, rumours and gossip with our LIVE transfer blog